Home » Big Data » Smart Cities and the Future of the World 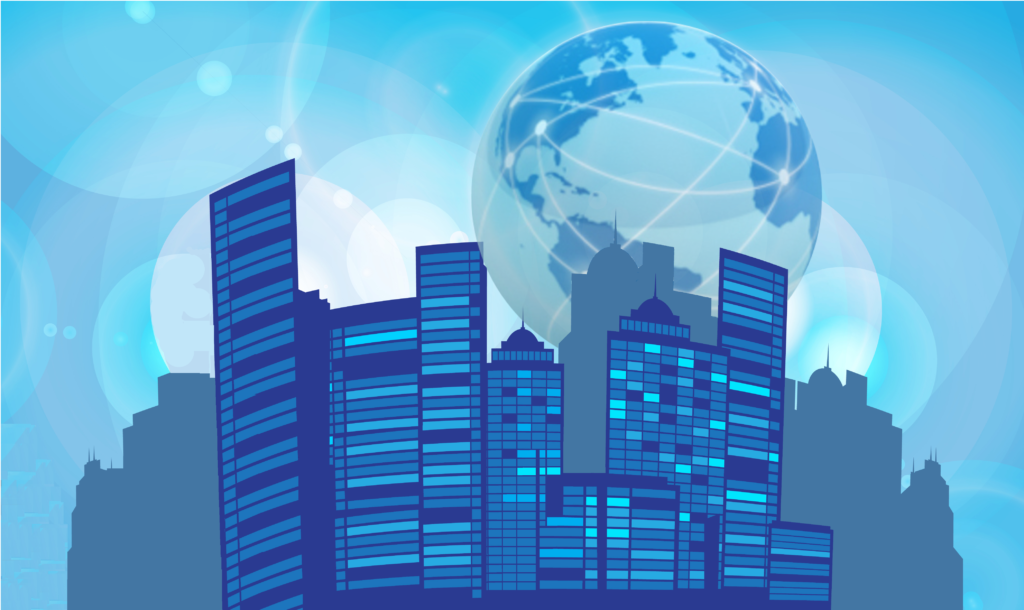 Smart Cities and the Future of the World

Although there has been a lot written about smart cities, many people still have no idea what the smart cities movement is all about and why it’s important for world’s future. “Only 2 percent of the Earth’s surface make up our cities,” explains Amado de Jesus, “but 50 percent of total world population live in cities. By 2030, 60 percent of world population will live in cities. Cities consume 75 percent of the world’s resources, and produce 70 percent of carbon emissions.”[1] Those concentrations of people, located mostly along the world’s coastlines, are going to have an ever-growing impact on climate and economics. The more we can improve the quality of urban life and the efficiency with which urban areas use resources the better off everyone on the globe will be. That’s not to say that rural areas won’t remain important. After all, most the world’s food will be grown in rural areas and feeding a burgeoning population, especially in cities, is going to be one the great challenges over the next three decades. Researchers and agronomists are working feverishly to improve the effectiveness and efficiency of agriculture to meet that challenge. We need the same kind of feverish effort to meet challenges confronting urban living. Most of those efforts fall under the smart cities umbrella.

John M. Eger (@jeger62), the Van Deerlin Endowed Chair of Communications and Public Policy at San Diego State University, writes, “Cities are more important than ever as nations enter headlong into the Flat World, as Thomas Friedman has written. It is a new age of creativity and innovation; an age when technology has shrunk the world and where every nation, every community, every individual is suddenly competing with every other.”[2] Eger quotes Wellington Webb, the former Mayor of Denver and past president of the U.S. Conference of Mayors, who once said: “The 19th century was a century of empires, the 20th century, a century of nation states. The 21st century will be a century of cities.” Some people might find this notion hard to believe since they read daily headlines about toxic water in Flint, Michigan, economic desperation in cities like Detroit and Atlantic City, and massive unemployment of young people in many cities around the globe. Faced with so many challenges how can this be the century of cities? The smart cities movement hopes to answer that question.

Kathleen Wolf Davis explains the hope of the smart cities movement. “I admit to having a soft spot for the smart city movement,” she writes. “I can’t quite tell you why. It could be the awesomeness of the fully realized, fully connected, smoothly operating concept itself — and the doubts I have on how well, in this world, that could really work, given that we seem to be in a constant state of trying to shore things up (or, at least, I do). … It could be the dormant engineer in me who sees all the complicated needed connections, fail safes and oversights as a wonderful, complex, wacky problem to be solved. … Whatever it is: Smart cities, I dig ‘em.”[3] Wolf hits on two important aspects of the smart cities movement — connectivity and complexity. On the subject of connectivity, Brookings’ analysts, Adie Tomer (@AdieTomer) and Rob Puentes (@rpuentes), bluntly state, “No industry or household in the world, will reach their future potential without access to broadband, it is the electricity of the 21st century.”[4] There are two different networks in the discussions today — the human-to-human internet (i.e., the World Wide Web) and the machine-to-machine network often referred to as the Internet of Things (IoT). Carlos Gonzalez (@cmgonzalez85) explains, “For industry services, the Internet of Things (IoT) brings efficient manufacturing. All processes, which are monitored and based off of collected data, are fine-tuned to achieve maximum productivity and efficiency. For consumers, the Internet of Things brings connectivity. All of our devices are now connected in one way or another to cloud services or a general operation service. … The next phase is for cities to connect to IoT.”[5]

I agree with analysts who see the line between these two networks blurring so completely that we will see the emergence of the Internet of Everything (IoE). One of the most important sub-networks on the IoT is the smart electrical grid. Even in the 21st century, cities must have a reliable electrical grid upon which to build their economic futures. The vision of the smart cities movement, however, is to go beyond the smart grid and connect all utilities. Researchers at Schneider Electric write, “Why not make them truly intelligent systems with built-in reliability, safety, and sustainability combined with innovative urban planning and policies? Smart mobility. Smart water. A smart grid. Integration. These are the foundations of tomorrow’s smart cities.”[6] Integration is essential if a holistic approach to making cities smart is going to be implemented. As one might imagine, integrating data from a number of complex systems and trying to make sense of it all is no mean feat. Fortunately, cognitive computing systems are maturing at a time when they are most needed to accomplish this kind of integration. Once implemented Gonzalez asserts, “Water plants will regulate flow water based on high-usage periods throughout the day, or energy consumption will be controlled for the city based on usage. Both lead to better efficiency of resources.” Water and electrical systems are not the only systems that need to be integrated. Transportation systems are also important to integrate if resources are to be used more wisely. De Jesus notes, “Carbon emissions come mainly from energy consumption in buildings and transportation.” Ben Algaze (@benalgaze) adds, “The word smart is … being applied to cities now – so what does it mean to be a smart city, or at least a smarter one? Broadly speaking, it means an information and communication infrastructure (sometimes acronymed as ICT) that allows smart devices (like smartphones, automobiles, thermostats, water meters) to connect to smart infrastructure (problem reporting, traffic signals and information, parking systems, the electric grid, billing systems) to improve quality of life and productivity in cities.”[7]

Although technology, especially broadband and cognitive computing, are the foundations upon which smart cities will be developed, smart people are going to have to enact smart policies as well. Every stakeholder from government officials to business executives to citizens must be involved if cities are going to be truly smart. Eger reports, “According to Cisco Systems, ‘IoE could generate $4.6 trillion in value for the global public sector by 2022 through cost savings, productivity gains, new revenues and improved citizen experiences … Cities have the potential to claim almost two-thirds of the non-defense (civilian) IoE public sector value.’ Cities, they believe, will capture much of this value by implementing killer apps in which ‘$100 billion can be saved in smart buildings alone by reducing energy consumption.’” The upside of working towards the smart cities vision is huge for both the people who will live in urban areas and for the planet.