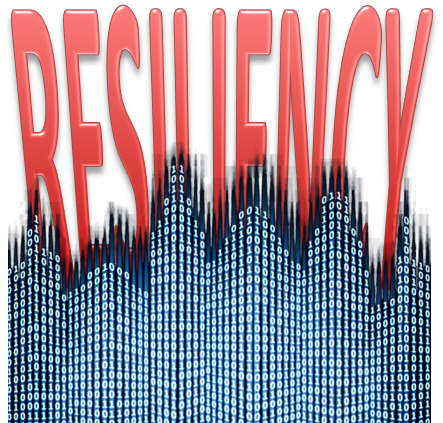 Smart city discussions are almost always based on technology and how that technology can be used to improve the systems that make urban areas work. Efficiency, however, isn’t the only factor that needs to be considered. Dr. Simone Sala (@hereissimone), the Associate Director of the Sensemaking Fellowship based at the Swansea University Network Science Research Center, reminds us that resiliency, especially in the emerging world, is as important as efficiency.[1] “Cities,” Sala writes, “are becoming increasingly central in resilience-building initiatives across developing and emerging regions.” In the effort to build more resilient societies, Sala believes that cities will play an important role because they “represent socio-technical ecosystems with a comparative advantage for the application of the most advanced technologies such as the development of data-driven services.” Sala’s assertion reminds us just how deeply advanced technologies have penetrated societies around the globe, especially in urban areas. He continues:

“Unlike rural areas, for example, information infrastructures are often available, data production and collection is cheaper, and the demand for value-added information services among city stakeholders is high. A mix of intentional and non-intentional production and dissemination of data and information makes both public and private organizations able to respond to such demand for their own benefit (e.g., increased efficiency and profit, respectively). These organizations find in cities a critical mass of users and assets that makes developing applications and services feasible and cost-effective. It is thus not surprising that Global Development players are increasingly looking at cities as privileged eco-human systems where deploying resilience-building/strengthening initiatives through advanced data-driven technologies, in order to maximize and optimize their efforts aimed at global wellbeing and international stability.”

Although cities offer many benefits for citizens who live in them, when disasters strike an urban area, an enormous number of people are put at risk. That is why the subject of resiliency is so important. Sala indicates that the topic of urban resiliency is not new. Back in 2008, Sala reports, Andrew Zolli, PopTech Executive Director, explained in the New York Times that resiliency involves “how to help vulnerable people, organizations and systems persist, perhaps even thrive, amid unforeseeable disruptions.” Sala adds, “Some authors have also been trying to advance the ‘resilience paradigm’ by questioning its essence, such as Nassim Taleb who talked about antifragility that ‘is beyond resilience or robustness. The resilient resists shocks and stays the same; the antifragile gets better.'” In other words, constructing earthquake-proof buildings is a better strategy than having a reconstruction plan on the shelf. The topic at hand, however, is how big data analytics can be used to create urban resiliency.

Sala notes that back in 2009 IBM asserted “that cities are based on six core systems that should be considered both individually and holistically.” Those “systems” are: people; business; transport; communication; water; and energy. Each of these systems is capable of generating massive amounts of data. In an ideal world, data generated from each of these systems would be analyzed holistically so that interconnections between them could be found and insights gained. Sala adds a cautionary note about such analysis:

“Placing algorithms at the forefront (or even in the front-row seat) of decision-making may have potentially severe drawbacks. It’s indeed us who program algorithms, and we are exposed to a variety mistakes while programming. Moreover, basing algorithms on historical data — i.e., the world as it was (or it is, according to currently available data) — makes algorithms predict the future as very similar to the past, which can be bad for many reasons. Building and/or strengthening resilience in urban systems is a comprehensive eco-socio-technical issue shaped by politics and policies, rather than a mere technical challenge. When trying to make cities disaster-proof, it is also tricky to define what a disaster is — since many small events (e.g., death for malnutrition or untreated disease) that have huge figures if cumulated tend not to be included in common resilience-oriented initiatives. Finally, just like digital divide characterized the first age of the Information Society, a divide does and will exist in the capacity to gather and analyze data for informed decision-making. This is something all organizations working in the global development field should seriously take into account. … Data-driven analytics seem to incarnate the possibility of providing timely and theoretically unbiased look to citizens’ behaviors, thus providing institutions with a privileged advantage to provide them meaningful feedbacks. Nevertheless, this is a brand new territory, to which we are not able to draw definite boundaries: quite possibly, we would need to invent new maps to chart these challenges and opportunities.”

Some of the “new maps” that Sala suggests need to be invented will undoubtedly be drawn by cognitive computing systems. Only cognitive computing systems will be capable of ingesting the mountains of data constantly being generated, make sense of it in real- or near-real-time, and offer decision makers recommended courses of action. Although systems, such as, transportation and water systems, can be made more efficient using siloed data, the real benefits of making cities smart with big data analytics will come when data can be integrated to discover new relationships. Sometimes these relationships will involve confounding variables, like weather, in order to understand them better. The more confounding variables that must be considered the more necessary it will become to utilize cognitive systems to perform the analysis. Shawn DuBravac (@shawndubravac), Chief Economist for the Consumer Electronics Association, notes that big data is already making a difference in more developed cities.[2] He writes:

“Smog, sewage and congestion are three of the hallmarks of contemporary urban living. But these downsides to city living are gradually becoming things of the past. City planners are finding new ways to address these inefficiencies, leveraging connected technology to create smarter hubs that work for city dwellers. Welcome to the era of ‘smart’ cities. Advances in wireless sensor systems, information and communication technology (ICT), and infrastructure allow cities to collect and curate huge amounts of data capable of sustaining and improving urban life thanks to the new and ever-growing web of connected technology: The Internet of Things (IoT).”

DuBravac recognizes the fact that, although they share some common challenges, each city is unique. Since many of their challenges are similar, it makes sense that some approaches for addressing those challenges are also similar. He explains:

“Smart cities around the globe have many differences but importantly they share a few common traits. These cities invest in infrastructure and people in ways that lead to a more connected, better-informed and more-efficient environment. The dynamic use of knowledge to improve both the utilization of scarce resources and a higher quality of life for its citizens is the hallmark of a smart city.”

The Internet of Things will not only help make cities smarter, it will help make them more resilient because monitored urban systems will be much better understood. DuBravac points out that we have only taken the first few faltering steps towards the smart city goal. He explains:

“The IoT promises to put cities across the globe on the fast track to becoming ‘smart.’ But we’re not there quite yet. The evolution of IoT involves three distinct phases. First, physical objects facilitate access to digital information. Second, physical objects are embedded with digital sensors to capture and transmit relevant information. And finally, physical objects receive digital prompts and cues which then alter the state of the physical object. This final stage will result in a seamless physical-digital sphere that holds tremendous promise in the building of smart cities. As a society, we’re barely in the middle of phase one — most of our physical objects are not yet connected, though connection alone is not enough. Cities must also have the infrastructure for efficient data transactions: How information flows from Point A to Point B. Indeed, all city services are based on a calculation of where to expend precious resources. The more data available for these calculations, the more sophisticated and tailored they become.”

The rub to all of this, of course, is that technology doesn’t come free. The good news, however, is that over time the technology will pay for itself through greater efficiency — not to mention improved quality of life for urban residents. DuBravac correctly points out that smart cities will require the support of all stakeholders public, commercial, and private if overall goals are to be achieved. He concludes:

“The challenges facing cities on the path to being ‘smart’ are large and varied. It will require a new way of thinking — akin to mastering a new language. Nevertheless, modern cities everywhere are moving in one inexorable direction: Toward a future where city governance and urban living will be as connected as the functions on your smartphone.”

Common sense tells us that when systems are better understood finding ways to make them more resilient is easier. This is as true about cities as a whole as it is about the major systems that keep them running. Big data analytics holds the potential of unlocking better understanding about cities no matter where they are located.