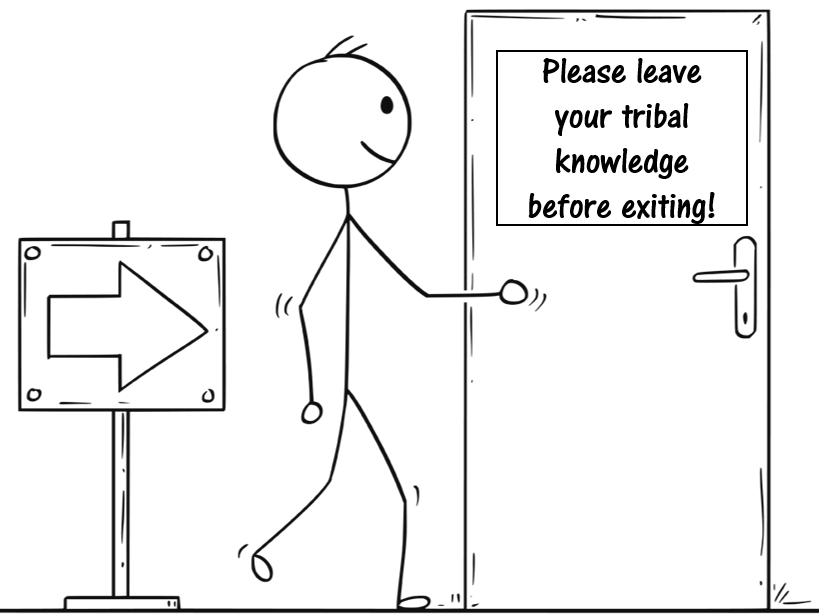 The late Randolph “Randy” Frederick Pausch was an American educator, a professor of computer science, human–computer interaction, and design at Carnegie Mellon University in Pittsburgh, Pennsylvania. After learning he had terminal pancreatic cancer in 2006, he delivered an upbeat 2007 talk titled “The Last Lecture: Really Achieving Your Childhood Dreams,” which became a popular YouTube video. He then co-authored a book called The Last Lecture on the same theme, which became a New York Times best-seller. In the book, he wrote, “Experience is what you get when you didn’t get what you wanted. And experience is often the most valuable thing you have to offer.” When employees walk out the door — whether they are retiring, heading to a new job, or made redundant — their experience walks out with them. Rebecca Brinkley, Director of Marketing and Communications at the American Gear Manufacturers Association, writes, “As the last of the baby boomers round their way up to 60, companies are slowly realizing that their retiring leadership is leaving gaps in intelligence and historical knowledge that threaten the future.”[1] Historical knowledge, rules of thumb learned from experience, and other important data points often fall under the heading of tribal knowledge. As Brinkley notes, preserving tribal knowledge could be critical to a company’s future.

The importance of tribal knowledge

Dorothy Leonard, the William J. Abernathy Professor of Business Administration Emerita at Harvard Business School, and James Martin, vice-president and chief information officer at Shepley Bulfinch, assert, “All companies have subject matter experts who hold knowledge critical to their businesses.”[2] Norbert Najerus, a former Goodyear executive, writes, “Solid knowledge reuse practices prevent companies from wasting time and money reinventing knowledge that already exists.”[3] He laments, however, that companies capturing tribal knowledge are not the norm. He adds, “The average amount of reused knowledge in manufacturing remains low, reportedly about 30%. … When companies don’t properly identify and capture knowledge, they allow more and more key technical experts to leave with undocumented knowledge in their heads.” Of course, manufacturing is not the only business sector in which tribal knowledge is important.

Jerry Marino, Chief Knowledge Engineer at k-based, writes, “Every day, as key employees leave — whether from retirement, lured away to the competition, or a just a desire for something new — companies worldwide experience the loss of capabilities, skills, and ‘tribal knowledge.’ As key employees depart, they take expertise and proprietary knowledge with them. This is especially true of supply chain professionals, where there is today a large talent gap.”[4] Brinkley asserts, “When you have someone so good at their job, doing it for 30 years and not sharing information to the next person in line, you risk losing everything tied to that one ‘irreplaceable’ person. You risk your business.” The challenge, of course, is capturing and leveraging tribal knowledge.

Leonard and Martin suggest a good way to capture and share tribal knowledge is through a framework they call a “knowledge cascade.” They explain, “Each cascade functions like a telephone tree, starting with one SME and spreading through ever-expanding tiers of learners who become teachers. Instead of relying upon the experts to ‘push’ knowledge out, it enlists learners in ‘pulling’ the knowledge out, then passing it to others who can benefit. The expert saves time and the learners better internalize the lessons. … The benefits of knowledge cascades to both individuals and the organization derive not only from the knowledge content diffused but from the processes learned.”

Oliver Sturrock, CTO for Fluke Digital Systems, notes, “It’s in a company’s best interest to capture as much of this intelligence as possible to ease the transition to a newer, younger workforce — even if those workers don’t buy in to the way things were previously done.”[5] He suggests several ways companies can capture and share tribal knowledge. They include:

1. Video. Sturrock notes that YouTube is the go-to platform for people who want to learn how to do things. He writes, “Encouraging the documentation of processes is smart, but doing it via the written word … not so much. … Try using videos to share knowledge via YouTube, which has pioneered showing people how to do things.”

2. Cognitive technologies. Sturrock writes, “By collecting data and applying machine learning or natural language processing to analyze it for patterns and conditions, technology is essentially pulling exclusive information out of someone’s head and making it visible to teams. If you have workers writing daily logs or providing voice recordings that recap activities, getting them to tag key information using their tribal knowledge can help machine learning synthesize the unstructured data and turn it into valuable insights.” Cognitive technologies can also directly capture things like rules of thumb and embed them in business processes. Practically speaking, tribal knowledge is a collection of rules and rules can be written into code and leveraged by a computer. Although that sounds pretty straight forward in theory, in practice it is much more complicated. For example, it is common to have conflicting rules where there are multiple options or opinions. There must be a way to adjudicate truth in these situations.

It is virtually impossible to have no contradictions in a large rule base. Most times, we do not want exceptions to invalidate the general case (e.g., we do not want the exception that penguins don’t fly to invalidate the general fact that birds fly). This method of reasoning is sometime called ‘true by default’; however, when needed, facts or relationships can be denoted as invariably true. The Enterra Cognitive Core™ uses the world’s largest commonsense ontology to perform its semantic reasoning and argumentation functionality. Common sense allows inference chaining to occur where other systems would halt because they are missing a fact that is obvious to a human but must be taught to a machine. For example, when a body moves, all their part (arms and legs) move with them. That means, when tribal knowledge rules are in conflict, the best rule will be used. Just as importantly, once tribal knowledge is captured it is retained, even if an employee leaves or assumes a new role.

3. Incentivizing knowledge sharing. Sturrock writes, “There’s much to be gained by offering incentives for [older and younger workers] to spend time together sharing and learning. Get creative here. There are several gamification companies out there ready and willing. It’s a win-win and the knowledge transfer does help the company.”

Sturrock concludes, “For at least the foreseeable future, companies will need people, as robots will only take over jobs that don’t require much thinking and analysis.” Ensuring those people are equipped with tribal knowledge could be essential for continued success. Marino concludes, “The key to knowledge preservation and sharing across your enterprise is based on how well you capture and represent the knowledge of your expert(s). You want to not only mitigate losses if they leave but also share their knowledge with ‘less expert’ staff to bring their performance up to expert level. This means capturing the deep tacit knowledge acquired over years through study, experience, and practice. When you’ve captured that expertise, represent it in a high-fidelity format and then share it with appropriate workers.” Paraphrasing Professor Pausch, experience is often the most valuable thing a departing employee has to offer.