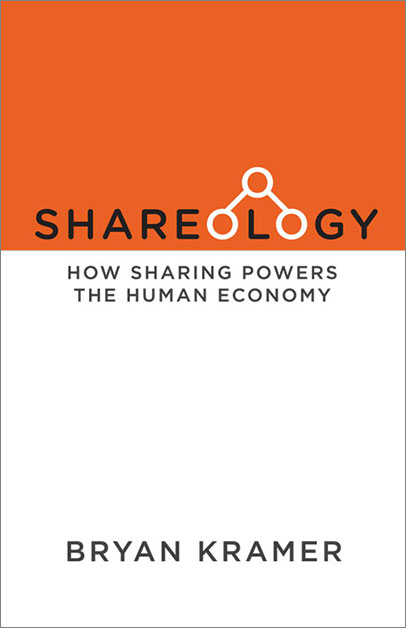 Unless you’ve been stranded on an island in the middle of the Pacific Ocean, you’ve read about the rise of the sharing economy. Undoubtedly, this trend has been hastened by the rise of Generation Y (so-called Millennials), whose members have embraced a very different lifestyle than their parents. Ownership doesn’t appear to be as important to Millennials as are pragmatism and price. As a result, the world has seen the rise of companies like Uber, Zipcar, and Airbnb. Professor Kurt Matzler (@kmatzler) and doctorate students Viktoria Veider and Wolfgang Kathan, all from the University of Innsbruck, note, “Instead of buying and owning products, consumers are increasingly interested in leasing and sharing them. Companies can benefit from the trend toward ‘collaborative consumption’ through creative new approaches to defining and distributing their offerings.”[1] The sharing economy has even progressed as far as formal job sharing arrangements. Robert J. Bowman, Managing Editor of SupplyChainBrain, reports, “In a world of ‘sharing’, full-time jobs with one employer could soon become a thing of the past. Gap Inc. is partnering with the bike-sharing venture Divvy, allowing its employees to work for the latter during the summer, and for The Gap in winter.”[2]

Bryan Kramer (@bryankramer), author of Shareology: How Sharing is Powering the Human Economy, argues, “Sharing is a fundamental human behavior central to our survival as a human race. Whether we’re sharing stories, processes, insights, philosophies, techniques, or secrets, it’s how we connect to each other and advance as a society.”[3] >Kramer’s book focuses primarily on social media sharing. No longer, he explains, are people confined to sharing with friends and neighbors. He writes, “With technologies like the Internet, video, social media, and mobile, sharing has increased its ease and scale to a global level. Information is longer confined to geographical boundaries; proximity is no longer required to pass information from human to another.” In books like Robert D. Putnam’s Bowling Alone: The Collapse and Revival of American Community, it has been argued that we have become increasingly disconnected from family, friends, and neighbors. Kramer, on the other hand, argues that we are now sharing and connecting on a much larger stage. In fact, Kramer argues that new technologies allow people who might not ordinarily share opportunities to do so. He explains:

“I don’t care much for crowds or large groups of people; in fact, I am an introvert by nature. But over time I realized that social media gave me vast platforms to share my voice, my ideas, my contributions to anything and anyone — and people listened.”

And he believes that social media has opened doors to millions of others just like him. Social media has provided introverts with an outlet for sharing for which they have longed but which was previously unavailable. Social media has given them a voice. Kramer writes, “Humans have been sharing resources and knowledge since they have first banded together in prehistoric times, even before there was language.” In fact, researchers have argued that language was primarily developed as a way of sharing. To learn more about that evolution, read my article entitled “In Education, Language and Learning Go Together.” Kramer argues that new technologies are spurring a new kind of evolution. “The Digital Age,” he writes, is a big part of this new shift in human evolution. The technology explosion of the last few years is teaching us to interact in a new way.” This new way of interacting, he argues, is also giving rise to a new way doing business. He calls it “the human economy.” He explains:

“Extraordinary technological changes have occurred over the last five to seven decades; consider alone some of technology’s major milestones, including advances in transportation and the advent of the Internet. I believe our soon-to-come new way of doing business will impact the human economy on a similar scale as those advances. It will be the first time humanity merges seamlessly with the digital and the physical world, and its hallmark will be the Internet of Things.”

Clearly, the sharing economy described by Matzler, Veider, and Kathan is very similar to the human economy described by Kramer. They even talk about it using similar terms. “Growth in sharing systems has particularly been fueled by the Internet,” they write, “with its rise of social media systems, which facilitate connections between peers eager to share their possessions.” Because the sharing/human economy begins with sharing, the first part of Kramer’s book (Chapters 1 through 4) is devoted to the “Share” part of his title.

He devotes the major portion of his book (Chapters 5 through 14), to explaining the “Ology” part of his title. As he puts it, the content of the second part of his book is “in the weeds.” Of course, if you are interested in knowing how your company can become a part of the sharing/human economy, you want to know as much as you can about the weeds. He writes:

“The study of sharing requires us to look at the concept from all sides — as an action, intent, philosophy, and creative exercise. There are many facets of sharing — setting up your strategy, taking a deeper look at influence and how to cultivate it, talking with platform experts and breaking down the mechanics of it, for instance — to deconstruct and understand.”

I would recommend this book to anyone who wants to get a handle on how the sharing economy is likely to unfold in the years ahead. If I had two small criticisms for Kramer’s book, they would be improve the images in the book and provide an index. The index would have been useful because the book is packed with examples, stories, and descriptions that would have been easier to find and revisit.

Bowman asks, “Is the sharing economy the real future of commerce? Will workers become independent contractors who cobble together full-time salaries through offerings of their homes, their kitchens, their toys and their ski equipment? Or will this all fizzle out with the bursting of the next dotcom bubble? … You have to wonder whether we’re close to adopting this radical a model of economic activity anytime soon.” Matzler, Veider, and Kathan believe the sharing economy will mature. “The sharing economy is gaining ground,” they write, “fundamentally altering how people own and consume. Network technologies, social and collaborative software and the changing habits of consumers are all abetting this growing movement. While the shift toward more sustainable modes of consumption represents a major threat to a number of established business models and revenue streams, it also offers several potentially profitable paths by which companies can benefit.” Kramer agrees that future belongs to a new generation of pioneers who have embraced the sharing/human economy. “The future is our kids,” he writes, “the Millennials, who have a very different way of working than we do. They will have a big impact in the future.” The torch is being passed and Kramer’s book will help you understand more about how it will be carried into the future.