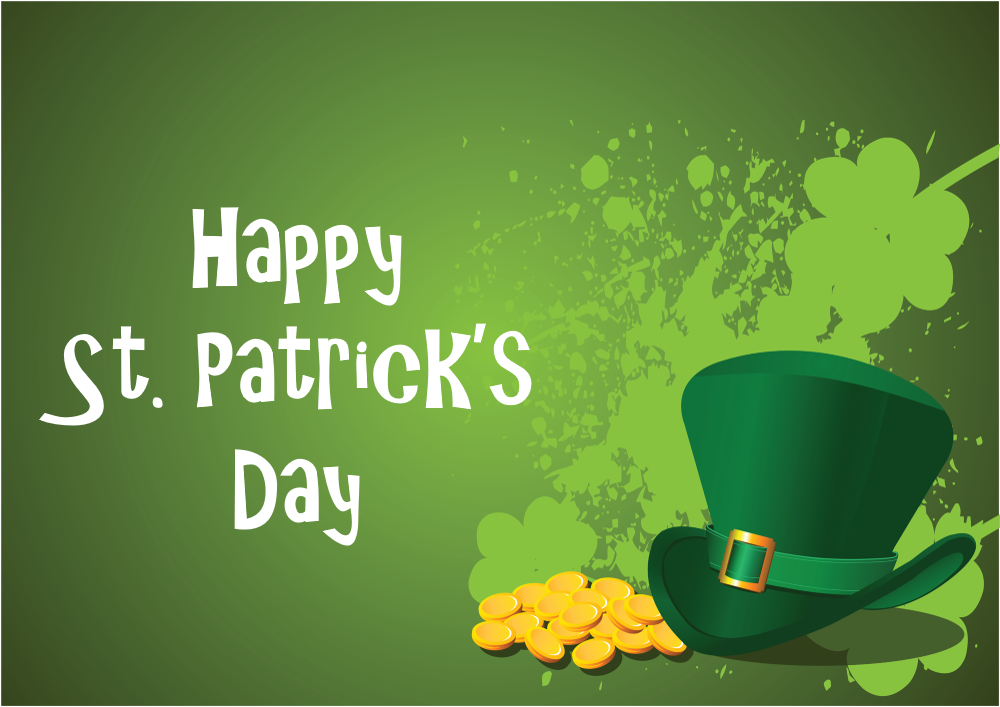 For companies these are perilous times. A poor choice of words or the use of an image that can be misinterpreted can create unexpected and unwanted attention.

For companies these are perilous times. A poor choice of words or the use of an image that can be misinterpreted can create unexpected and unwanted attention. Reputations can be damaged and companies can fold. Corporate leaders also have to be concerned about Cultural appropriation (i.e., the adoption of an element or elements of one culture or identity by members of another culture or identity). When it occurs, social media can explode unexpectedly and fiercely. However, one group that seems to welcome a wee bit of cultural appropriation on this festive day is the Irish. Their welcoming of outsiders is most likely tied to the fact that they know what it is like to be on the outside looking in. When the Great Irish Famine devastated Ireland from 1845 to 1849, the population of Ireland dropped from 8 million people before the famine to 4.4 million in 1911. Today, the population of Ireland is around 7 million. Many of the Irish who didn’t perish during the famine, emigrated to America — ending up in cities like New York. It was common during the mid- to late-1800s to see help wanted ads or signs contain the phrase: “No Irish need apply.” Food podcaster Dan Pashman (@TheSporkful) notes, “The [St. Patrick’s Day] holiday as we know it in America was promoted by activists to celebrate Irish culture, in order to fight prejudice against Irish immigrants.”[1] He adds, “In one sense, St. Patrick’s Day is a failure.” Pashman believes too many celebrants “celebrate by going out drinking and acting out the very stereotypes the day was created to combat.”

“On the other hand,” Pashman writes, “150 years ago nativists in the U.S. were burning Irish Catholic churches to the ground. Today on St. Patrick’s Day, Americans of all backgrounds wear green, drink Guinness, and put on pins that say ‘Kiss me I’m Irish.’ There’s something beautiful about that.” Journalist Colin Fleming writes, “In our age of constant ululation that somebody’s culture has been appropriated, the Irish are most instructive. They do not care that Vinny from Little Italy and college sophomore Kveller from Long Island drape themselves in Ireland’s flag every March 17 and blast Pogues songs.”[2] He adds, “Just as Irish people mount no real objection to mascots like the louche leprechaun the Celtics feature — a fellow who looks like he’s about to blackjack you for your last $20 bill — or Notre Dame’s pugnacious sprite, with his bedraggled aspect of having just tumbled from a bar fight. The Irish don’t care much if you glom on to their culture. … Cultures are there for us to partake of. If you stick solely with yours, if you never try anybody else’s on, you’re going to be one myopic person.” The staff at IrishCentral writes, “Saint Patrick’s Day is, without doubt, one of our favorite days of the year and we are more than happy to have as many people as possible take part in our festivities, regardless of their own nationalities or which cultural heritage they chose to align with.”[3]

Although the Irish generously welcome us, on this day, regardless of heritage, to declare joyously “Kiss me, I’m Irish,” they would also like us to dig a little deeper into their culture. Fleming explains, “I think the Irish have welcomed what we call appropriation — but which they would call exploration — because they know their culture offers so much in the way of liberating a person’s mind, their spirit, the hold of the past for the surge to the future.” The Irish have certainly been resilient. It is estimated that 50 to 80 million people around the world have Irish forebears, making the Irish diaspora one of the largest of any nation. Fleming points to James Joyce’s Ulysses as epitomizing the Irish spirit. He writes, “Sure, it’s an Irish book. It unfolds in Dublin. But it’s a life book. It’s equally relevant to everybody above ground. Throw the long shadow, cast the wide net, keep moving, it says. Leap and love. The Irish value where they come from because they know there are no limits in where they can go.”

Americans can lay some claim to Saint Patrick’s Day. Veronica Turk (@AmongCat) explains, “Saint Patrick’s Day has been a major holiday for Americans going back to well before America split off from Great Britain. In fact, it might surprise you to know that the first St. Patrick’s Day parade was actually held in Boston in 1737, not in Dublin.”[4] Grant Rindner (@grantrindner), a culture and music journalist, writes, “Few holidays have transformed quite like St. Patrick’s Day. It began in Ireland as a way to honor the country’s patron saint, but through both immigration and secularization it has now become a worldwide day to pay tribute to all things Irish. The date, March 17, is one of the few constants over the years.”[5]

Rindner goes on to note both food and drink play a significant role in the day’s celebration. He explains, “One of the signature St. Patrick’s Day dishes is corned beef and cabbage, a staple of any good holiday feast. Although, as Smithsonian Magazine notes, it’s actually an Irish-American meal that is not nearly as popular in Ireland. Many Irish immigrants in the U.S. got their meat from kosher butchers—who were often their neighbors in densely populated urban areas—and so it’s more accurately described as ‘Jewish corned beef thrown into a pot with cabbage and potatoes.’” Pork or mutton were actually the preferred proteins in Ireland; however, Irish immigrants to America found beef to be a cheaper option. Rindner adds, “Irish soda bread is another food with surprising origins. It was apparently pioneered by Indigenous Americans, who used pearl ash in lieu of yeast, but became popular in Ireland in the mid-1800s. At the time, the country’s financial struggles made it necessary to make something filling, simple, and inexpensive. [Also] expect your St. Patrick’s Day plate to contain some shepherd’s pie, colcannon (mashed potatoes and cabbage), and lots of things that are dyed an especially verdant shade of green.”

Are you ready to celebrate? Fleming writes, “Appropriate the hell out of everything in this life. You are a tiled mosaic, not a bland beam of color from a roller. You make you you, and so do your experiences and what you find in yourself from the places where you’ve flung yourself and found accordance, sense, direction. Drink hearty to that. And sic that pugnacious leprechaun on anyone who tries to restrict you and tell you otherwise.” I can’t wait for Cinco de Mayo!