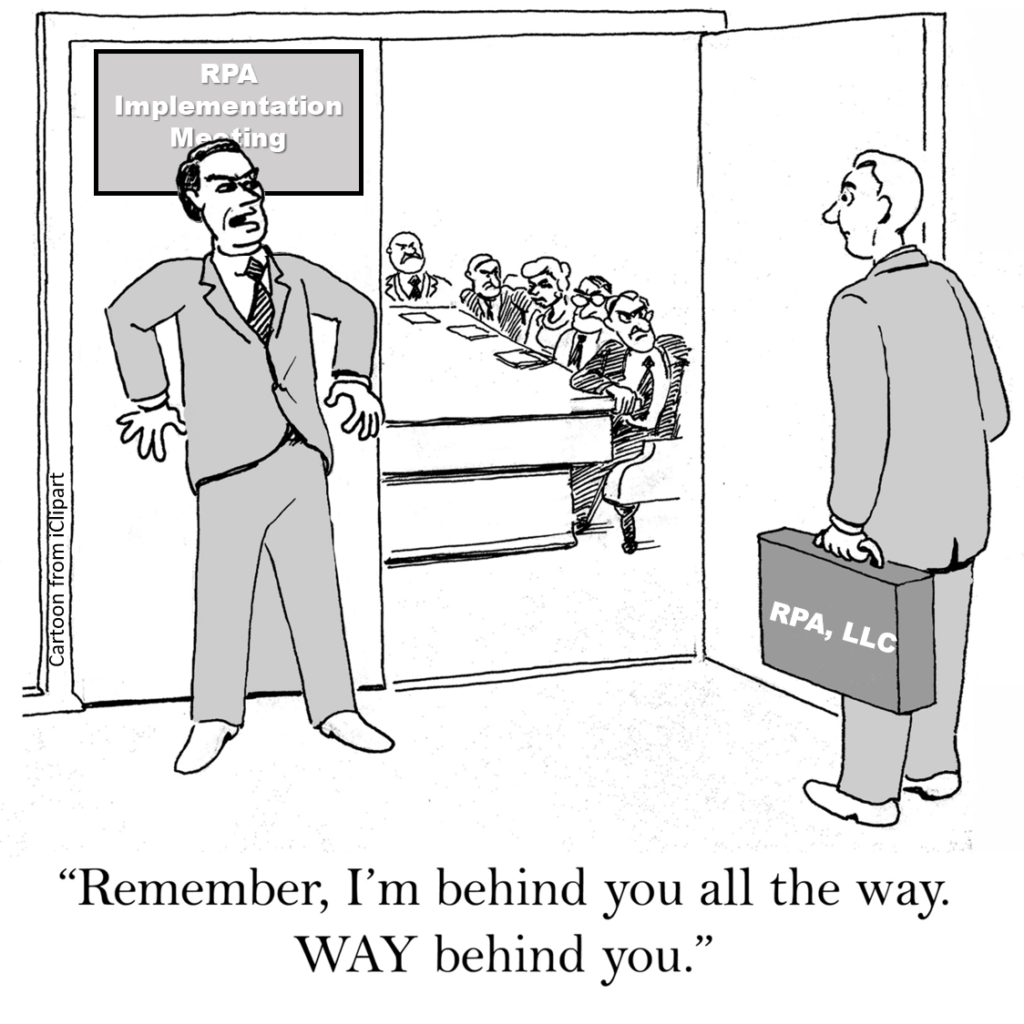 Corporate survival in the Digital Age requires a strategy that transforms industrial age organizations into digital enterprises. Transformation is never easy because resistance to change is high. This is not a new phenomenon. Centuries ago Niccolo Machiavelli, in his classic The Prince, wrote, “There is nothing more difficult to take in hand, more perilous to conduct, or more uncertain in its success, than to take the lead in the introduction of a new order of things, because the innovator has for enemies all those who have done well under the old conditions, and lukewarm defenders in those who may do well under the new.” The obvious conclusion for Digital Age change managers is that both technology and culture must be addressed during the transformation process.

One of the first transformational steps many companies make is to implement robotic process automation (RPA). Why? Deloitte analysts explain, “Process automation is the least expensive of automation technologies and the easiest to implement.”[2] They add, “[RPA is] well suited for time-consuming, routine, and information-intensive tasks such as invoice processing and claims settlement.” Nick Ismail (@ishers123) observes almost every job involves routine tasks. “Whether working as an accountant preparing financial reports or in HR enrolling a new staff member,” he writes, “almost every job contains a range of routine and monotonous tasks.”[2] Although some people may like routine, nobody likes monotony and tedium. Machines, however, don’t mind performing monotonous and tedious jobs. Ismail explains, “Robotic process automation is the use of software ‘robots’ that can interpret existing work processes and automate them. The software digitizes repetitive rules-based tasks, and by removing the need for human intervention speeds up time-consuming activities and reduces errors.” Increasing the speed of business and reducing errors are essential for business success in the Digital Age. As a result, the RPA market is predicted to see significant growth. Jim Nash reports, “The global market for robotic process automation software and services [will] reach $898 million this year, with an astonishing compound annual growth rate of 54% until 2021 when it will reach a predicted $2.2 valuation.”[3]

For many routine tasks, RPA is an excellent solution. In my discussion with clients, however, they say, in certain circumstances, they want to do more than simply automate routine tasks. Vinodh Swaminathan, KPMG’s Managing Director of Innovation and Enterprise Solutions, explains, “The cognitive systems era, which is the most exciting phase of enterprise transformation in more than a century, is upon us. Cognitive software mimics human activities such as perceiving, inferring, gathering evidence, hypothesizing, and reasoning. And when combined with advanced automation, these systems can be trained to execute judgment-intensive tasks.”[4] In other words, for some tasks, companies want smart solutions. They want Cognitive Process Automation™ (CPA) rather than Robotic Process Automation. Cognitive Process Automation can go beyond accomplishing routine tasks and can actually help improve processes. CPA is powered by cognitive computing, like the Enterra Enterprise Cognitive System™ (Aila®) — a system that can Sense, Think, Act, and Learn®. Cognitive computing combines artificial intelligence, advanced mathematics, and natural language processing. It can be applied to an almost unlimited number of business use cases, including process automation.

As companies implement RPA and CPA solutions, Deloitte analysts note, “It often results in headcount reduction and accompanying bottom-line cost savings.” For employees, that’s not good news and it’s why process automation implementation runs into serious resistance. Admittedly, some RPA/CPA implementations do result in redundancies. When redundancy isn’t an issue, executives can ease employee fears by explaining process automation is being implemented to promote “more growth and less hires — but not job cuts.”[5] However, employing that kind of change management strategy only works if subsequent actions back up the words. Erika Morphy (@EMorphy) writes, “Employees are not stupid — they are aware of stats such as the one from MindEdge Learning, which found nearly half (42 percent) of American managers say automation and robotics will lead to a net loss of jobs in their respective industries, compared to just 18 percent who say automation will help create jobs. The way to win over employees is to offer promises to the extent possible, and explanations … of what RPA would mean for the company.”[5]

Alan Walker, an Executive Vice President at Capgemini, told Morphy, “RPA clearly frees up capacity. The question then becomes, what do you do with the capacity that is now free? The company has a choice: it can redeploy it, as the conventional model suggests, or it can get rid of people and save money. Of course, there are always going to be companies that get rid of some employees to save money.” He believes the latter option is short-sighted. The better option is implementing process automation to reduce tedious tasks rather than to eliminate jobs. Jim Kane, a director at Information Services Group, suggests four things companies can to alleviate resistance to process automation implementation.[6] They are:

First, think through what you’re trying to achieve. Are you trying to save money, reduce errors, and/or improve working conditions? RPA can help achieve all three, but you need a clear understanding of where you are going. Kane explains, “Organizations should approach RPA systematically. … This helps companies figure out how to prioritize the technologies they need, identify who oversees and executes process automation and measure the results.”

Second, communicate. Be honest with your employees. “Most workers would be happy to have a better solution to their computer problems,” Kane writes. “Employees need to understand why a new technology is being rolled out and, more importantly, why they’ll benefit from using it. Is it faster? More intuitive? Higher quality? Let employees know the end game and how they are involved in making the business run better.”

Third, train, test and adapt. Just because process automation frees up employee time doesn’t mean they know how to best utilize that time for the company’s benefit. Nash explains, “Forward-looking companies are starting to see robotic process automation in general as a way of freeing employees to learn new skills.” Employees will be more open to change if they know they will be taught how to use the technology being provided. “Companies shouldn’t roll [process automation] out to employees without testing,” Kane writes. “Small-group testing is essential. So is a training plan in which employees are exposed to repetition of the new process so they can build ‘muscle memory.’ Employees also need to feel their opinion is valued, so be sure to create a closed-loop mechanism for workers to implement feedback into process automation.”

Fourth, motivate and reward. One of the best ways to motivate employees is to listen to their fears. Drew Taylor, founder and CEO of D Taylor Group, advises, “Allow employees to fully unpack their fears, concerns, and feelings about the process automation. Until employees believe they are heard, and understood, they will not be open to moving forward in their thinking.”[7] Kane adds, “Automation success is most often about the ‘will’ and not the ‘skill’. Building motivation is an often-overlooked but nonetheless critical part of successful change.”

Because change often meets resistance, implementing new technologies like RPA and CPA is generally easier than getting people to accept the new technologies. As Kane notes, “Getting people to change their habits is hard work. It’s tempting to skip the change management and focus just on the new technology. But without adopting a measured approach … a company’s investment could fall short of expectations.” The measured approach includes implementing the four recommendations discussed above. Jobs sustainability is going to remain a hot topic in the years ahead. If companies want happy and productive employees, they must address jobs sustainability as they transform into digital enterprises. 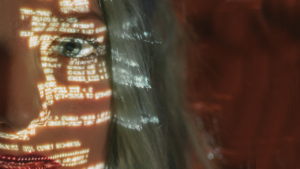