Whether you call this the Information Age or the Digital Age, it is characterized by the unrelenting generation of massive amounts of data (aka Big Data). Companies often struggle to deal with all the data they are generating, collecting, and analyzing as well as some of the processes involved. One of the capabilities companies are employing to deal with tedious data entry processes is Robotic Process Automation (RPA). As Bob Violino (@BobViolino) reports, “For a growing number of organizations, robotic process automation is becoming an entrenched part of automation strategies, as they look to gain efficiencies in a variety of business and data management functions.”[1]

Robotic Process Automation involves software robots or bots handling tedious or mundane routine tasks. Dianna Labrien (@DiLabrien) explains these tasks can include copying data from an Excel spreadsheet and pasting them into an online form, collecting data from varying sources like PDF files, eEmail, or web applications and generating a report, and verifying data matches between different systems.[2] She notes, “With the emergence of Robotic Process Automation … all this can be transformed. Now there are software robots to help with these laborious routines. Virtual robots mimic the actions of a human agent and can interact with applications and systems and manipulate them in order to complete any series of structured, computer based tasks.” She suggests there are four primary benefits derived from implementing RPA solutions: 1) reduced costs; 2) improved process speed, productivity, and accuracy; 3) more consistency through monitoring analytics; and, 4) scalability.

More and more companies see the upside to implementing RPA solutions. As a result, Violino reports, “Market research and consulting firm Grand View Research has estimated that the global RPA market will expand at a compound annual growth rate (CAGR) of 61 percent from 2018 to 2024.” To be successful, business leaders know they must find the right balance between people, processes, and technology. Although it may sound counterintuitive, robotic process automation is one of the best ways to link people, processes, and technology. Mounting evidence reveals that RPA generally assumes tedious tasks once performed by humans but doesn’t eliminate their jobs. Conversely, RPA can make jobs more interesting and meaningful. Saugata Ghosh, a senior manager of digital services at Capgemini, explains, “Initially, everybody was after headcount reduction. Most people are telling us now that their focus is on reducing errors, improving compliance, or improving the customer experience. We’re certainly seeing maturity in this area and the focus has shifted from the tactical to more strategic and sustainable objectives.”[3]

RPA is a gateway to the intelligent enterprise

McKinsey & Company analysts, Alexander Edlich, Fanny Ip, Rohit Panikkar, and Rob Whiteman, observe, “As advances in artificial intelligence, software robotics, machine learning, and innovative technology platforms enable businesses to redefine processes, workplace automation is expected to provide a significant opportunity for improvements in performance and efficiency.”[4] For most rules-based processes, RPA is both desirable and adequate. I have found, however, some clients want to improve processes and not simply automate them. Phil Fersht (@pfersht), Founder and Chief Executive Officer of HfS Research, notes, “RPA was clearly the first step in a much broader roadmap to achieve beautifully-automated intelligence across your enterprise. And today, this gateway philosophy has never been closer to reality. RPA, when executed well, delivers a digitally-transformative experience to business operations executives, where they can — for the first time — fundamentally change how a process is designed to process data much, much faster.”[5] John Leonard (@_JohnLeonard) asks, “What if AI could take on the more complex tasks of negotiation and unlock unutilized value in assets and data?”[6] From my point of view, the next step on this journey to the intelligent enterprise is what I call Cognitive Process Automation™ (CPA). CPA is powered by cognitive computing platforms, like the Enterra Enterprise Cognitive System™ (AILA®) — a system that can Sense, Think, Act, and Learn®. According to Leonard, this kind of automation “is where we are going next.”

Leonard goes on to describe a system developed by Fetch.AI that autonomously negotiates. He explains, “Fetch.AI represents real-world entities — be they a hotel room, a seat on a plane or a physical or monetary asset as Autonomous Economic Agents (AEAs) which ‘represent themselves’ on a decentralized platform called the Open Economic Framework (OEF) in which they go about seeking the best deal for themselves according to preconfigured conditions, independent of any human intervention.” From that example alone, it’s easy to see why Fersht calls RPA a “gateway drug” to artificial intelligence (AI). He concludes, “Executives must evaluate how all intelligent automation technologies can work together to take us to the promised land. RPA provides a terrific first stop for executives to make real underlying changes to their processes. Once processes are digitized, there is so much more we can do with the data being produced, which is where other automation and AI tech come into play, such as Machine Learning and predictive analytics and sophisticated cognitive computing.”

Edlich, Ip, Panikkar, and Whiteman write, “Although automation has become commonplace, the results indicate that success is by no means assured.” To discover why some implementations are successful and others not so successful, they surveyed a large number of companies across industries and found six practices the most successful companies tend to employ. They are:

McKinsey analysts also note, “Respondents with successful automation efforts are more than twice as likely as others to say their organizations are deploying machine learning. They are also more likely to cite the use of other cognitive-based automation capabilities, such as cognitive agents and natural-language processing.” In other words, successful companies are well on their way to becoming intelligent enterprises. 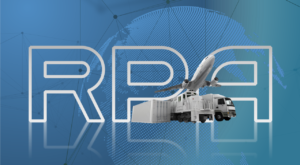 Process Automation in Retail and the Supply Chain

The supply chain is notorious for the amount of paperwork required to move products around the globe. Nevertheless, the information contained in that paperwork is