Home » War Gaming » Resilience in the Age of Chaos 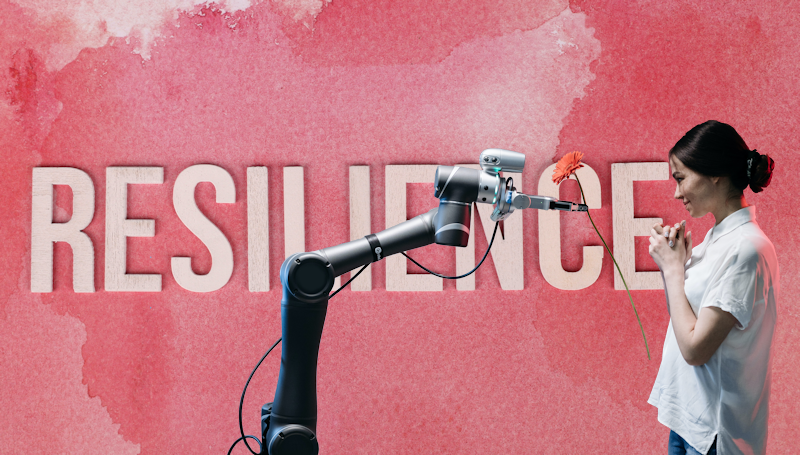 Resilience in the Age of Chaos

In today’s chaotic world, organizational resilience is a much-discussed topic. The Oxford Languages Dictionary defines resilience as “the capacity to recover quickly from difficulties.” The phrase “bounce back” is also an oft-applied description of resilience. However, as author and executive coach Brad Stulberg explains, bouncing back is seldom a winning strategy. He writes, “When we speak about resilience, we often think of ‘bouncing back.’ This implies rebounding to how things were prior to experiencing adversity. This definition may be fine for minor challenges, but it’s unproductive for more serious ones.”[1] Gwendolyn VanSant, Principal and Owner of Equity in Practice, agrees that bouncing back won’t help organizations get ahead following a setback. She explains, “Resilience can often be misconstrued as strength or an ability to return to something rather than breakthrough to something new.”[2]

There is a growing group of experts pushing the notion that bouncing forward, rather than bouncing back, is the only way organizations will remain competitive in the current business environment. Journalist Matthew Thompson insists that organizations, as well as society as a whole, should view catastrophes as limited opportunities to bounce forward. He writes, “Each catastrophe is a test of what kind of society we’ve built. And each recovery offers a chance, however fleeting, to build another.”[3] And, Thompson notes, those fleeting opportunities abound. “The era we are now in the midst of,” he writes, “might be defined, most notably, by the omnipresence of disaster. Plagues, droughts, floods, toxic air and water, wars, massacres, famines, earthquakes, heat waves, wildfires, recessions, dust storms, despotism — slow-motion nightmares are crashing into fast-moving catastrophes, each one amplifying the next.” Faced with an unrelenting barrage of challenges, what can organizations do to bounce forward?

Perhaps the most important activity organizations can engage in is planning. The late President and 5-star General Dwight D. Eisenhower once stated, “In preparing for battle, I have always found that plans are useless, but planning is indispensable.” Although that may sound a bit oxymoronic, the point he was trying to make was that exploring multiple possible scenarios makes organizations much better prepared to counter unexpected challenges when they arise. This is sometimes referred to as scenario planning or “what if” thinking. Good planners don’t just extrapolate the present into the future. They engage themselves in alternative futures exercises. They identify the assumptions upon which decisions are being made and question each one of them for their validity. And they ask a lot of “what if” questions.

In the military, scenario-based planning is generally referred to as war gaming. The goal of any war gaming exercise is to generate the best options from which to choose a course of action (i.e., to develop decision superiority). Boston Consulting Group (BCG) analysts Luc de Brabandere and Alan Iny assert, “The ‘what if?’ school of thinking clearly has a place in the business world.”[4] They go on describe some of the benefits of scenario analysis, including “enhanced strategic creativity, greater preparedness, and superior risk awareness.” When it comes to bouncing forward, decision superiority is a critical capability. Bain analysts, Michael C. Mankins and Lori Sherer, explain, “The best way to understand any company’s operations is to view them as a series of decisions.”[5] They add, “We know from extensive research that decisions matter — a lot. Companies that make better decisions, make them faster and execute them more effectively than rivals nearly always turn in better financial performance.”

Analysts from River Logic assert scenario planning is a powerful tool that needs to be used more. “In order to keep their company ahead of the competition and weather any economic storms,” they write, “executives must constantly ask themselves hypothetical questions. … For the first time in history, prescribing the best paths forward based on data-backed analytics — what we call prescriptive analytics — is within reach. A process known as scenario analysis allows organizations to determine outcomes from various inputs. For example, an organization can consider a range of economic, geopolitical, and technological issues, and create plans on how they might evolve into the future.”[6] This is exactly what the Enterra Global Insights and Decision Superiority System™ was created to do. Because it is driven by Enterra’s artificial intelligence engine — the Enterra® Autonomous Decision Science™ (ADS®) platform — it can help business leaders rapidly explore a multitude of options and scenarios.

ADS isn’t smarter than a human, but it does provide a worthy adversary (be it a competitor or a catastrophe) for testing scenarios and generating insights. The Enterra system is always learning from its actions. It can process more data, weigh conflicting evidence, perform optimization, and prescribe an answer that is ‘best’, from among hundreds of possible answers, and do it quickly and accurately. Without a tool like the Enterra Global Insights and Decision Superiority System, business leaders have neither the time nor the capability to think through enough relevant scenarios to make the best decision. By leveraging a war gaming capability, business leaders can consider a greater range of scenarios more quickly than possible in the past; enabling them to make superior decisions drawn from an array of possibilities. When a catastrophe strikes, every moment counts when deciding the next move to make.

Thompson notes, “For planners and architects and officials, whose work typically unfolds over years, disaster recovery requires and enables otherwise-unthinkable haste.” Fortunately, he reports, that artificial intelligence systems are making faster and better responses possible. This is true for commercial, private, and public organizations. As noted above, better responses aren’t about bouncing back they are about bouncing forward. AI-powered scenario planning is well-equipped to help develop bounce forward strategies. As Thompson reports, “The steady breakage of the world around us is an omen that another world is coming, and we may have a chance to shape it.” We should take advantage of every tool we possess, including artificial intelligence, to make the most of our opportunities. Thompson concludes, “Learning to live with constant disaster means more than preparing an emergency kit and practicing where to brace when the tremors hit. It means considering how to steer the vast transformations that disaster makes both necessary and possible. It means rebuilding and reimagining at once — acknowledging our wounds and still fashioning new visions not just of who we are, or were, but of who we could be.” Let’s learn to bounce forward.