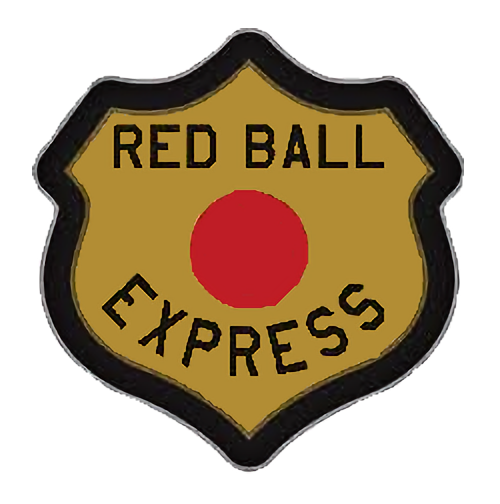 The men and women who participated in the Second World War have nearly all passed; nevertheless, the remarkable achievements they accomplished still inspire awe. Perhaps one of their most impressive feats was cobbling together a supply chain that supported a truly global war. If there is a single moment that highlights the effectiveness of this supply chain, it might be D-Day — the Allied invasion of France that spelled the end of the Nazi regime in Germany. It took place 78-years ago on 6 June 1944. Planning for the D-Day invasion took place under the code name Operation Overlord. Pre-invasion planning and Operation Overlord execution have been the subjects of books, articles, and documentaries. As one historian put it, “The great untold story of Normandy is really the logistics effort, the sustainment effort, that makes the whole thing possible.”[1] The staff at History on the Net adds, “A saying in military circles holds, ‘Amateurs study tactics. Professionals study logistics.’ In any military operation, logistical needs must be met before tactics can be applied, because logistics provide ‘the sinews of war.’ The greatest of such feats manifested itself in the planning for D-Day logistics. In a large sense, World War II turned upon the successful logistics of the European Theater of Operations.”[2]

Martijn Lofvers (@lofvers), Founder & Chief Trendwatcher of Supply Chain Media, observes, “The Allied invasion of Normandy was not just about D-Day. Although that one day was a decisive part of the invasion as a whole, the gargantuan Operation Overlord actually comprised two different phases. The first phase consisted of the assembly of the troops in England that would be needed for the invasion. The second phase was all about the battle on the beaches and in the hinterlands, the vital breakout and the planned advance to Paris.”[3] The link between the phases was getting the men from England to France. As the staff at the D-Day Museum in Arromanches explains, “In order to get the expeditionary forces to the French coast on D-Day, an exceptional logistics operation had to be mounted, codenamed Neptune. The invasion fleet was to comprise around 4,300 vessels of every shape, size and nationality. Once these arrived off the Normandy coast, they would disgorge the 2,600 landing barges intended to carry the assault troops as far as the beaches. In the early hours of June 6th 1944, an armada of ships manned by 150,000 seamen transported 130,000 men and 20,000 vehicles across the Channel to open up a decisive breach in the Atlantic Wall.”[4]

As many movies have documented, the fighting on the beaches was brutal and the cost in human lives, on both sides, was high. German D-Day casualties have been estimated at 4,000 to 9,000 men while Allied casualties were documented for at least 10,000, with 4,414 confirmed dead. Once the Allies were established in France, a new phase of logistics began. This effort was known as the Red Ball Express. According to historian David P. Colley, “The Red Ball Express was a large convoy of trucks filled with supplies. The name originated from the idea of announcing someone very important. A white flag with a red ball centered on it indicated a vice admiral’s ship. Later, the name ‘red ball’ referred to perishables in rail cars that needed to have the right of way to prevent spoilage. Thus, ‘red ball’ attached to any type of transport meant that it was important and vital that it reached its destination quickly.”[5] In October 1944, General Dwight D. Eisenhower sent the following message to the officers and men of the Red Ball Highway: “In any war, there are two tremendous tasks. That of the combat troops is to fight the enemy. That of the supply troops is to furnish all the material to ensure victory. The faster and farther the combat troops advance against the foe, the greater becomes the battle of supply.”

Lofvers (@lofvers) observes, “Getting supplies to the Allied forces was a crucial part of the Normandy Landings and the breakout from Normandy. The supply chains from the USA to the beaches in France were changed drastically, numerous times during the campaign and in the end it was the Red Ball Express, an improvised system of truck convoys, that got the supplies to the fast-advancing troops on the frontlines.” Although Lofvers description makes it seem like the Red Ball Express was an instant success. The truth is a far different matter. He explains that General George Patton and his US 3rd Army quickly outpaced their logistics train. Frustrated, Patton complained to Eisenhower, “My men can eat their belts but my tanks need fuel.” Lofvers reports, “Towards the end of August, 90 to 95 per cent of all supplies were still in the depots on the Normandy beaches, almost 450 kilometers from the troops on the frontline.” To expedite the movement of these supplies, the Red Ball Express was established. An excellent overview of the logistics efforts supporting the invasion of Europe can be viewed in the following video.

Lofvers notes, “The Red Ball Express operated for a total of 81 days from 25 August up to and including 16 November 1944. More than 6,000 trucks and 23,000 drivers transported 412,193 tons of goods to the advancing American armies, as far as to the German and Belgian borders. During these three
months, the Red Ball Express had firmly established itself in World War II mythology as one of the best wartime examples of the American ‘can do’ mentality. Only one in ten soldiers fought on the frontlines, while the rest took care of supporting and providing supplies to the combat troops. According to General Omar Bradley, commander of the US 1st Army, ‘Logistics was a lifeline for the Allied armies in France. Without supplies, we couldn´t move, shoot or eat.'”

Because railway systems had been damaged during the war, most of the goods that moved during the early days following the D-Day invasion had to be moved over the roads of France. Almost anyone who could drive a truck was involved in this effort, including many African-American soldiers who were still serving in segregated units. According the video, the Motor Transport Service units of the Red Ball Express were composed of 73 percent African-American soldiers. These truck drivers were truly war heroes. According to Colley, “The drivers would drive at speeds no faster than 25 mph through enemy territory. Up to 140 trucks were on French roads at one time to supply General Patton’s Third Army 350 miles away as well as the First Army, at a 400 mile distance. Night driving had to be done without headlights to avoid being spotted by enemies.”

During the its short life, “about 412,000 tons of various items, including gasoline, ammunition, oil, food and other needed supplies had been delivered by the Red Ball Express.” Colley concludes, “A generation after World War II, Colonel John S.D. Eisenhower, a veteran of the European war and son of the supreme Allied commander in Europe, wrote: ‘The spectacular nature of the advance [through France] was due in as great a measure to the men who drove the Red Ball trucks as to those who drove the tanks.’ Colonel Eisenhower concluded, ‘Without [the Red Ball] the advance across France could not have been made.’ As the saying of the day went, ‘Red Ball trucks broke, but didn’t brake.'”