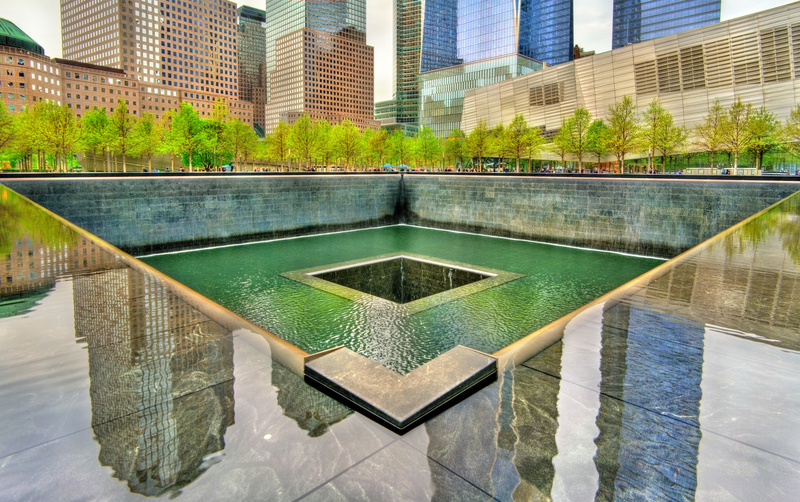 For those of us old enough to remember the events of 11 September 2001, it’s hard to imagine that a score of years has passed since the tragic events of that day. For me, the event was personal because my sister was working at Deutsche Bank, which at that time was located in the Bankers Trust building next to the World Trade Center towers. On that day, as the twin towers collapsed, she was able to escape and avoided becoming another casualty.

Those tragic events also started me on my journey to found Enterra Solutions® and our mission to build a more Resilient America. On the 5-year anniversary of 9/11, I wrote, “The spirit of those lost on 9/11 continues to inspire us. Their stories remain compelling. They came from all around the world. They represented many races, creeds, and colors. They left us with unfulfilled aspirations, but with the knowledge that people can work together, live together, and achieve together. I’m for pausing and remembering — then moving forward with our own aspirations for creating peace and prosperity.”

The events of 9/11 led America to attack Afghanistan, where a Taliban government friendly to terrorists played host to those who planned attacks against American. The conflict in Afghanistan became America’s longest war. The tragic end of that war reminds us there is still work to be done in securing peace and prosperity for the world. Much of the goodwill and cooperation demonstrated in the months following the events of 9/11 has dissipated. Authoritarianism and xenophobia (two familiar and terrible historical bedfellows) are on the rise once again. They have been joined by enterprise-scale proxy wars fought via disinformation/psychological and cyberwarfare campaigns — the result is a new, toxic, and risk-laden global environment. Competition has replaced cooperation in global affairs. And indiscriminate slaughter of innocent men, women, and children continues around the world.

Tomorrow, the 20th anniversary of 9/11, is not a time to dwell solely on current affairs, but also to reflect on the events of the past. We need to ensure that we never forget what happened on September 11th and, once again, try to understand the predicates for those asymmetric attacks.

As we commemorate those who lost their lives twenty years ago, we need to recognize that a new generation is now coming of age who were either very young or unborn on 11 September 2001. For them, the day doesn’t hold memories — it’s just history. Steven Greenhouse (@greenhousenyt), a retired New York Times reporter, writes, “It’s hard to fathom that teens now entering college — or serving in the armed forces — were not yet born on that unforgettable Tuesday morning. Nearly 3,000 people died in Manhattan, at the Pentagon and in a Pennsylvania field on September 11, 2001, in what remains the deadliest act of terrorism in history.”[1] Greenhouse goes on to provide reminiscences of a number of people who survived that day. Their stories are harrowing and well worth reading.

One story Greenhouse did not tell was that of the New York Battalion Fire Chief who first responded to the aerial attack on the World Trade Center. His name was Joe Pfeifer and he only retired three years ago. Journalist Jim Dwyer (@jimdwyernyt) reports, “[Joe Pfeifer] was the first chief through the doors of the World Trade Center on Sept. 11, 2001, and he set up a command post in the north tower lobby. His brother Kevin, a lieutenant, checked in with him, on his way to join 343 firefighters who did not come back.”[2] According to Dwyer, “[Chief Pfeifer] was on Church Street that morning, checking a routine report of a gas leak at Lispenard Street. … Tagging along was a young French filmmaker, Jules Naudet, who, with his brother, Gédéon, was planning a documentary about firefighters. A roar in the sky. Mr. Naudet swung his camera to the noise. Traveling at 443 miles per hour, steered by hijackers, American Airlines Flight 11 passed overhead and an instant later crashed into the upper floors of 1 World Trade Center. It was 8:46 a.m. Thanks in large part to the Naudet film, the world witnessed the valor of emergency responders on 9/11. Later came the accounts of unseen grace by office workers who had done for each other what no one else could.”

Dwyer observes, “Decency and muscle saved thousands. Nothing else actually worked. People were trapped nearly 1,000 feet up in both towers, their staircases blocked. To save money in the 1960s, the towers had been built with too few exit stairs, just as the Titanic was sent out with too few lifeboats.” Unfortunately, thousands of lives were lost. Greenhouse notes, for example, “Cantor Fitzgerald, an investment bank based on the 101st through 105th floors of the North Tower, lost 658.”

Prior to the attack, two professors from the Naval War College, Thomas P.M. Barnett and Captain Bradd C. Hayes (USN, retired), had been conducting a series of workshops with Cantor Fitzgerald. The workshops were held at the Windows of the World restaurant that sat just above Cantor Fitzgerald’s offices. Barnett later became the Senior Managing Director at Enterra Solutions, and Hayes became Enterra’s Senior Director of Research and Communications and managing editor of this blog. Like so many others, they watched in horror knowing people they had worked with were trapped as the North Tower collapsed.

In the aftermath of 9/11, and while still at the Naval War College, Hayes helped facilitate workshops for both the NYFD and NYPD. On 9/11, New York firefighters, like all true heroes, ran towards, not away from, the unfolding tragedy in lower Manhattan. In the aftermath of having lost so many firefighters, the NYFD wanted to explore how it could better prepare for and respond to future terrorist attacks. The New York Police Department, on the other hand, was concerned about continuity of command should 1 Police Plaza come under attack by terrorists. Eventually, I would meet both Barnett and Hayes and they would become part of the Enterra Team.

I first met Barnett in 2004, when I attended the Naval War College’s International Seapower Symposium (ISS) in Newport, RI. Working in the newly minted Office of Force Transformation, Barnett had been tasked with creating and spreading, via a PowerPoint briefing, a comprehensive and coherent vision of how the worlds of globalization and the Global War on Terror would mesh over the coming years. Barnett, a gifted speaker with a brilliant mind, caught my attention and I approached him immediately following his ISS speech. We became instant friends, having like-minded views of the world. For his part, Barnett recalled that meeting this way:

“At that point in time I would get approached by a couple dozen intense personalities after every talk, with all of them pitching bold plans to fix the future and how they wanted to involve me in some manner. The truth was, virtually none ever followed up on their initial promises. But Steve seemed different from the start. He had his own, highly similar vision of how globalization worked. Yes, he wanted to throw technology at the problem like everyone else, but his goal for conquering that ‘left of boom’ (pre-attack) space was all about creating and sustaining a defensive resilience through the improvement of rules, and rules were sort of my thing. As soon as he laid down his vision, I was hooked on his ambition.”

Shortly after that, Barnett left the Naval War College to pursue a writing career and set up his own company. In the interim, we kept talking and I eventually convinced him to join Enterra®. He remembers it this way:

“It took a number of months before I folded in my own company, The New Rulesets Project, into Enterra Solutions, but once I did, we were off and running to actualize our co-evolving visions by productizing the amazing technology Steve had invented and nurtured within Enterra. Steve and I went into a lot of rooms and pitched a lot of solutions. We knew the technology was ahead of the curve and that finding the best paths forward would take trial and error, but we were eager, optimistic, and ambitious to help ‘connect the dots’ of a post-9/11 world. Those efforts kept us initially busy in the world of national intelligence, but, over time, we were pulled in the direction of stabilizing Iraq, and that’s where our joint idea of Development-in-a-Box™ entered the picture.”

Our work in Iraq was both interesting and frustrating; however, it’s a story best-told in a separate article. Barnett eventually encouraged me to hire Hayes, who, as noted above, had worked closely with him on the Cantor Fitzgerald workshops. The point of this brief history about how Enterra Solutions was founded is to underscore how that day changed the direction of so many lives.

As an optimist, I generally prefer looking forward; however, on this day, remembering the past is important. We should remember the heroic actions of those who responded to events as well as those who lost their lives on 9/11. We should remember the esprit de corps we all felt after the attacks. We should also remember all the innocent people and heroic military men and women who have suffered and died as a result of conflicts instigated by the events on 11 September 2001. The further 2001 recedes into history the dimmer memories, for some, will likely become; however, this is one event we should try and keep sharply in focus.