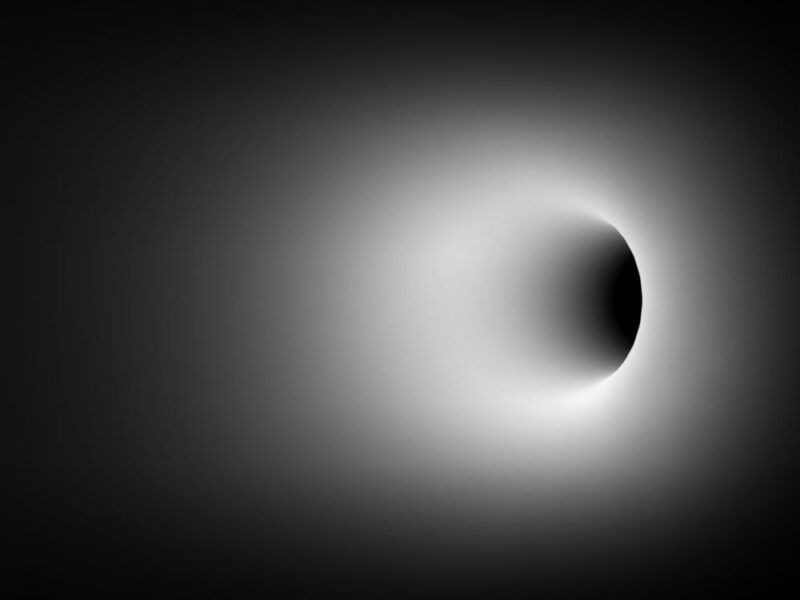 Wormholes have been favorite subjects of science fiction writers for decades. So, it was exciting news when scientists announced they might have simulated a wormhole with a quantum computer. Before discussing that possibility, let’s talk a bit about wormholes. Science journalists Nola Taylor Tillman and Ailsa Harvey explain, “Wormholes were first theorized in 1916, though that wasn’t what they were called at the time. While reviewing another physicist’s solution to the equations in Albert Einstein’s theory of general relativity, Austrian physicist Ludwig Flamm realized another solution was possible. He described a ‘white hole,’ a theoretical time reversal of a black hole. Entrances to both black and white holes could be connected by a space-time conduit.”[1]

“In 1935,” Tillman and Harvey write, “Einstein and physicist Nathan Rosen used the theory of general relativity to elaborate on the idea, proposing the existence of ‘bridges’ through space-time. These bridges connect two different points in space-time, theoretically creating a shortcut that could reduce travel time and distance. The shortcuts came to be called Einstein-Rosen bridges, or wormholes.” Here’s the rub. Dejan Stojkovic, a Professor of Physics at University at Buffalo, reports, “Researchers have never found a wormhole in our universe.”[2]

On the other hand, Einstein has a remarkable record of being proved correct. Stojkovic adds, “While wormholes are interesting objects to think about, they still aren’t accepted in mainstream science. But that doesn’t mean they’re not real — black holes, which we astrophysicists know abound in our universe, weren’t accepted when scientists first suggested they existed, back in the 1910s.” If you want to learn more about wormholes, and why they might not exist, watch the following video in which Kip Thorne, the Feynman Professor of Theoretical Physics at Caltech, explains them in under three minutes:

Armed with that basic understanding of wormholes, let’s look at the claim that scientists created a quantum computing model that simulates a wormhole. Journalist Michael Irving reports, “[Wormhole] properties remain poorly understood, with several conflicting models all possible. That creates a paradox — to find out more, we’d need observations of real wormholes, but to observe them we’d need to find out more so we know what to look for. Computer simulations can help break the loop, allowing physicists to test different models of wormholes and see how they might behave. In a new study, scientists have achieved that for the first time. This kind of simulation can’t be run on just any old computer though — it required the power of quantum computers, which tap into the strange realm of quantum physics to perform calculations beyond the reach of traditional computers.”[3]

Science journalist Natalie Wolchover adds, “Physicists have purportedly created the first-ever wormhole. … The wormhole emerged like a hologram out of quantum bits of information, or ‘qubits,’ stored in tiny superconducting circuits. By manipulating the qubits, the physicists then sent information through the wormhole, they reported today in the journal Nature.”[4] The team that achieved this apparent breakthrough comes from the California Institute of Technology and is led by physicist Maria Spiropulu.

Using a device called Sycamore, a quantum computer housed at Google Quantum AI in Santa Barbara, California, Spiropulu and her team implemented a novel “wormhole teleportation protocol.” Wolchover reports, “With this first-of-its-kind ‘quantum gravity experiment on a chip,’ as Spiropulu described it, she and her team beat a competing group of physicists who aim to do wormhole teleportation with IBM and Quantinuum’s quantum computers. When Spiropulu saw the key signature indicating that qubits were passing through the wormhole, she said, ‘I was shaken.’ The experiment can be seen as evidence for the holographic principle, a sweeping hypothesis about how the two pillars of fundamental physics, quantum mechanics and general relativity, fit together.”

According to science journalist Davide Castelvecchi (@dcastelvecchi), “Because the latest teleportation experiment used an exotic toy universe, it didn’t simulate anything resembling the kind of wormhole that could conceivably exist in our Universe, as envisioned by Einstein and Rosen. But it can be interpreted as analogous to a wormhole in the researchers’ virtual system — quantum information fed into one side of the ‘wormhole’ reappeared on the other side.”[5]

So, What’s the Big Deal?

For more than a century, scientists have tried to figure out how to explain relationships between Newtonian physics and quantum physics. Physics and space journalist Leah Crane, explains, “Both quantum mechanics, which governs the very small, and general relativity, which describes gravity and the very large, are extraordinarily successful in their respective realms, but these two fundamental theories do not fit together. This incompatibility is particularly apparent in areas where both theories should apply, such as in and around black holes. These areas are extraordinarily complicated.”[6]

According to Crane, holography can help researchers “create a less complex system that is equivalent to the original, similar to how a two-dimensional hologram can show three-dimensional details.” In this case, the simulated wormhole is being explored as a way to send absolutely secure messages. Crane explains, “That means that when the message passes through the wormhole, it is actually undergoing quantum teleportation — a process by which information about quantum states can be sent between two distant but quantum entangled particles.” Well, beam me up Scotty! Of course, researchers are looking for new truths, not simply ways to pass secure messages. According to Spiropulu, “This is just a baby wormhole, a first step to test the theories of quantum gravity, and as the quantum computers scale up we have to start using bigger quantum systems to try to test the bigger ideas in quantum gravity.” In other words, Spiropulu and her team may have taken another step towards helping us better understand the universe.

Not everyone is convinced that Spiropulu’s team is on the verge of greater discoveries. Peter Shor, a mathematician at the Massachusetts Institute of Technology, told Castelvecchi that the theory tested on the Google processor “only has a very tangential relationship to any possible theories of quantum gravity in our Universe.” Adam Brown, an adjunct physics professor at Stanford University, also has his doubts. “If you want to see this as a wormhole,” he told Crane, “there are a number of parallels, but it’s definitely a matter of interpretation.” Whether you are skeptical or not about Spiropulu’s experiment, it demonstrates why researchers are anxious for a universal, programmable quantum computer to be built.