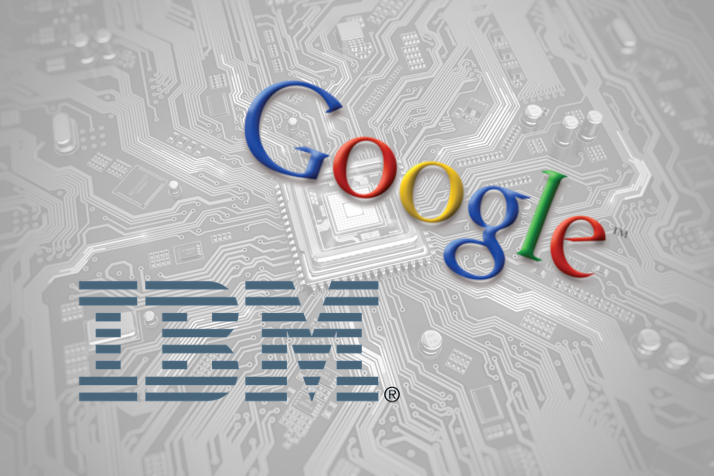 Quantum Computing: The Adults are Arguing

Many people credit Professor Richard Feynman, a Nobel Prize-winning physicist, for conceiving the notion of a quantum computer. Physicist Joseph John Fernandez notes, “In a [1981] lecture titled Simulating Physics with Computers, Professor Feynman talked about why physicists need computers, and what they require of these devices. … Feynman asked the following question: can a classical, universal computer simulate any physical system? And in particular, what about quantum systems?”[1] Feynman’s question is a good one since weird things happen at the quantum level. Fernandez notes trying to model quantum systems with a classical system isn’t possible. He explains, “For classical computers, the memory requirements for these calculations are too much. The true simulation of physical systems becomes intractable. This is where the interest in quantum computers started to grow.” James Norman explains, “Quantum computers can be game changers because they can solve important problems no existing computer can. While conventional computing scales linearly, QC scales exponentially when adding new bits. Exponential scaling always wins, and it’s never close.”[2] Fernandez concludes, “Professor Feynman was definitely onto something!” A quantum computer’s exponential scaling properties theoretically allow it to solve problems much faster than classical computers. Proving that quantum computers actually work faster is where an argument between Google and IBM began.

Sarah Kaplan (@sarahkaplan48) reports, “For the first time, a machine that runs on the mind-boggling physics of quantum mechanics has reportedly solved a problem that would stump the world’s top supercomputers — a breakthrough known as ‘quantum supremacy.’”[3] Amy Thomson (@athomson6) adds, “Alphabet Inc.’s Google said it’s built a computer that’s reached ‘quantum supremacy,’ performing a computation in 200 seconds that would take the fastest supercomputers about 10,000 years. … Google’s tests … were conducted using a quantum chip it developed in-house.”[4]

In a blog post, Google engineering director Hartmut Neven stated, “This achievement is the result of years of research and the dedication of many people. It’s also the beginning of a new journey: figuring out how to put this technology to work. We’re working with the research community and have open-sourced tools to enable others to work alongside us to identify new applications.”[5] The announcement, published in the journal Nature, inspired Dr. Michael Wall (@MichaelDWall) to declare, “We have just entered the age of quantum supremacy.”[6] He quotes study co-author Brooks Foxen, a graduate student researcher in physics at Google AI Quantum in Mountain View and the University of California, Santa Barbara, who states, “It is likely that the classical simulation time, currently estimated at 10,000 years, will be reduced by improved classical hardware and algorithms, but, since we are currently 1.5 trillion times faster, we feel comfortable laying claim to this achievement.”

Google CEO Sundar Pichai (@sundarpichai) writes, “While we’re excited for what’s ahead, we are also very humbled by the journey it took to get here. And we’re mindful of the wisdom left to us by the great Nobel Laureate Richard Feynman: ‘If you think you understand quantum mechanics, you don’t understand quantum mechanics.’ In many ways, the exercise of building a quantum computer is one long lesson in everything we don’t yet understand about the world around us. While the universe operates fundamentally at a quantum level, human beings don’t experience it that way. In fact many principles of quantum mechanics directly contradict our surface level observations about nature. Yet the properties of quantum mechanics hold enormous potential for computing. … For those of us working in science and technology, it’s the ‘hello world’ moment we’ve been waiting for — the most meaningful milestone to date in the quest to make quantum computing a reality.”[7]

IBM and others dispute the claim

Foxen and other members of her team may feel comfortable declaring they have achieved quantum supremacy, but their claims are being disputed by IBM and some academics. James Sanders (@jas_np) writes, “Quantum computing researchers in academia and firms in competition with Google are dismissing claims of quantum supremacy, though note that this is still a significant milestone toward it.”[8] He explains, “The industry objection to this claim is that the calculation in question is of no practical use outside of research laboratories — even inside labs, the utility of it does not extend meaningfully beyond the synthetic benchmark scenario Google pursued for this paper.” Pichai admits, “We have a long way to go between today’s lab experiments and tomorrow’s practical applications; it will be many years before we can implement a broader set of real-world applications.” He goes on to note, “We can think about today’s news in the context of building the first rocket that successfully left Earth’s gravity to touch the edge of space. At the time, some asked: Why go into space without getting anywhere useful? But it was a big first for science because it allowed humans to envision a totally different realm of travel … to the moon, to Mars, to galaxies beyond our own. It showed us what was possible and nudged the seemingly impossible into frame. That’s what this milestone represents for the world of quantum computing: a moment of possibility.”

IBM researchers Edwin Pednault, John Gunnels, Dmitri Maslov, and Jay Gambetta lay out their objections to Google’s claim for quantum supremacy. They write, “In the paper, it is argued that their device reached ‘quantum supremacy’ and that ‘a state-of-the-art supercomputer would require approximately 10,000 years to perform the equivalent task.’ We argue that an ideal simulation of the same task can be performed on a classical system in 2.5 days and with far greater fidelity. This is in fact a conservative, worst-case estimate, and we expect that with additional refinements the classical cost of the simulation can be further reduced. … Building quantum systems is a feat of science and engineering and benchmarking them is a formidable challenge. Google’s experiment is an excellent demonstration of the progress in superconducting-based quantum computing, showing state-of-the-art gate fidelities on a 53-qubit device, but it should not be viewed as proof that quantum computers are ‘supreme’ over classical computers. … The term ‘quantum supremacy’ is being broadly misinterpreted and causing ever growing amounts of confusion, we urge the community to treat claims that, for the first time, a quantum computer did something that a classical computer cannot with a large dose of skepticism due to the complicated nature of benchmarking an appropriate metric.”[9]

Whether or not Google has achieved quantum supremacy may be in doubt, but everyone seems to agree their achievement is notable and praiseworthy. The IBM researchers conclude, “The concept of quantum computing is inspiring a whole new generation of scientists, including physicists, engineers, and computer scientists, to fundamentally change the landscape of information technology. If you are already pushing the frontiers of quantum computing forward, let’s keep the momentum going.”