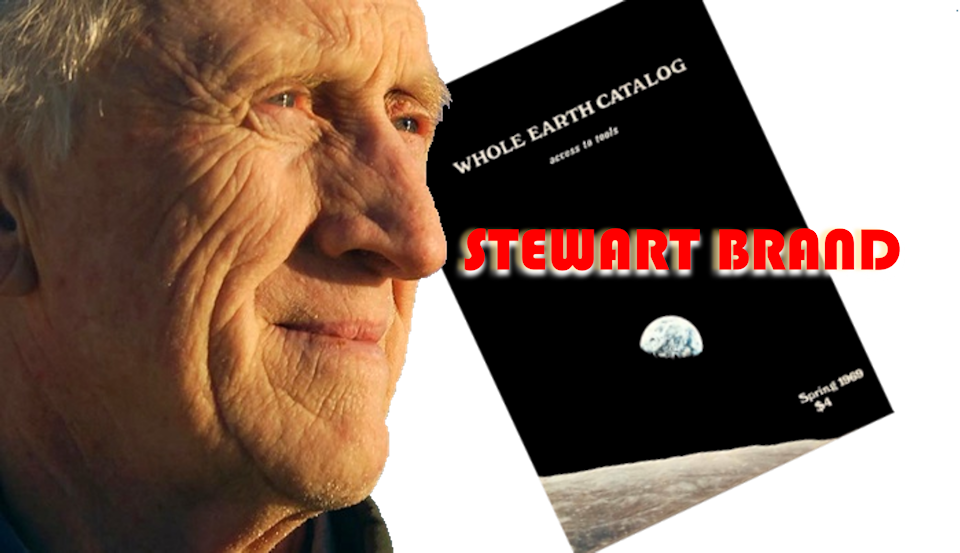 How do you measure a person’s contribution to the world? When it comes to Steward Brand (@stewartbrand), that’s not an easy question to answer. Wikipedia simply states, “Stewart Brand (born December 14, 1938) is an American writer, best known as editor of the Whole Earth Catalog. He founded a number of organizations, including The WELL, the Global Business Network, and the Long Now Foundation.”[1] Tyler Cowen (@tylercowen), an economics professor at George Mason University, adds, “From psychedelics to cyberculture, hippie communes to commercial startups, and the Whole Earth Catalog to the Long Now Foundation, Stewart Brand has not only been a part of many movements  —  he was there at the start.”[2] Clearly, Brand is someone who spends as much time thinking about the future as he does dwelling on the past. One of Brand’s most enduring legacies, however, is the now-defunct the Whole Earth Catalog. It seems to be the defining touchstone of Brand’s life. Writer Anna Wiener (@annawiener) explains how the magazine got started.[3] She writes:

“In the fall of 1968, the Portola Institute, an education nonprofit in Menlo Park, California, published the first edition of the ‘Whole Earth Catalog’: a compendium of product listings, how-to diagrams, and educational ephemera intended for communards and other participants in the back-to-the-land movement. The catalogue’s founder, Stewart Brand –– a photographer, writer, former army lieutenant, impresario, and consummate networker –– had spent part of the summer driving a pickup truck to intentional communities in Colorado and New Mexico and selling camping equipment, books, tools, and supplies to the residents. Brand returned to the Portola Institute (a gathering place and incubator of sorts for computer researchers, academics, career engineers, hobbyists, and members of the counterculture), hired a teen-age artist to handle layout, and began production on the catalogue’s first edition.”

Wiener goes on to note, “The communes eventually collapsed, for the usual reasons, which included poor resource management, factionalism, and financial limitations. But the ‘Whole Earth Catalog,’ which published quarterly through 1971 and sporadically thereafter, garnered a cult following that included founders of Airbnb and Stripe and also early employees of Facebook.” One would be incorrect to think that Brand is simply a tree-hugging hippie who failed to escape the 1960s. Journalist Carole Cadwalladr (@carolecadwalla) writes, “Stewart Brand didn’t just happen to be around when the personal computer came into being; he’s the one who put “personal” and “computer” together in the same sentence and introduced the concept to the world. He wasn’t just a member of the world’s first open online community, the Well; he co-founded it. And he wasn’t just another of those 60s acid casualties; he was the definitive 60s acid casualty. Well, not casualty exactly, but he was there taking LSD in the days when it was still legal.”[4] Tech journalist John Markoff (@markoff) adds, “Stewart Brand was one of the first to envision what digital technology would become.”[5]

Brand shares a trait with many other great thinkers — curiosity. Cowen observes, “Now 83, [Brand] says he doesn’t understand why older people let their curiosity fade, when in many ways it’s the best time to set off on new intellectual pursuits.” The late Albert Einstein believed curiosity was one of humanity’s best traits. He once wrote, “The important thing is to not stop questioning. Curiosity has its own reason for existence. One cannot help but be in awe when he contemplates the mysteries of eternity, of life, of the marvelous structure of reality. It is enough if one tries merely to comprehend a little of this mystery each day.”[6] Brand embraces that belief.

Another of Brand’s best characteristics is his ability to change when he deems change is required. He told Cowen that, for a while, he subscribed to a “lazy libertarianism” philosophy of life. He changed that worldview after he worked for California’s Governor Jerry Brown. He also told Cowen that for a while he was greatly influenced by the writings and thinking of Nikos Kazantzakis, author of Zorba the Greek. He said, “Kazantzakis had this sort of ‘Commit everything to your theory of the world, even if it’s wrong.’ I got over that also, because that way lies madness and also great destruction.” Markoff reports, Brand “considers himself a relentless pragmatist.”

Brand’s curiosity, hunger for learning, and courage to prognosticate has led some pundits to label him a futurist. It’s not his preferred title. He would rather be thought of as a long-term thinker. He told Markoff, “If you change your perspective from futurist to long-term thinking, everything gets better. Because long-term thinking invites you to consider at least an equal amount of past to whatever amount of future you’re considering.” Markoff adds, “Brand is the president of the Long Now Foundation, and the work grew out of his desire to focus on what he calls long-term responsibility and thinking.” Brand’s long-term thinking motivated him to build the Clock of the Long Now. Markoff reports, “It’s housed in a 500-foot-tall cylindrical space, hollowed out inside a mountain, and is designed to keep time without human intervention — for 10,000 years. … But the clock itself is possible because of the largess of the foundation’s largest benefactor, Jeff Bezos, one of the world’s richest people. The clock is still under construction. But when it is complete, it will represent the longest of long-term thinking, made possible by money from a man who provides near instantaneous satisfaction with one-click shopping.”

Markoff concludes, “Brand has long had an eerie knack for being able to spot trends early on or show up in the midst of them like some high-I.Q. Forrest Gump, only to leave for the next big thing just when everyone else catches up.” Brand’s ability to imagine what the future could be like has made him an eternal optimist, but solidly grounded in reality. He told Markoff, “Interesting: how much bad news is anecdotal and good news is statistical. (And how invisible the statistical is.) Still, if only one of the two can be good news, I would rather it be the statistical. It accumulates toward qualitative change that lasts.”

At the beginning of this article, I asked: How do you measure a person’s contribution to the world? One way to measure a person’s contribution is to see how they have touched the lives of others. In 2005, the late Steve Jobs gave a commencement address to graduating Stanford students. During that address he discussed how Brand had touched his life. He talked about the Whole Earth Catalog, calling it “an amazing publication.” He added, “It was created by a fellow named Stewart Brand not far from here in Menlo Park, and he brought it to life with his poetic touch. This was in the late 1960s, before personal computers and desktop publishing, so it was all made with typewriters, scissors, and Polaroid cameras. It was sort of like Google in paperback form, 35 years before Google came along: it was idealistic, and overflowing with neat tools and great notions. Stewart and his team put out several issues of the Whole Earth Catalog, and then when it had run its course, they put out a final issue. It was the mid-1970s, and I was your age. On the back cover of their final issue was a photograph of an early morning country road, the kind you might find yourself hitchhiking on if you were so adventurous. Beneath it were the words: ‘Stay Hungry. Stay Foolish.’ It was their farewell message as they signed off. Stay Hungry. Stay Foolish. And I have always wished that for myself. And now, as you graduate to begin anew, I wish that for you.”

Stewart Brand has stayed hungry (aka curious) and foolish (he calls his clock a folly). That’s why he is an icon of his generation. Another life touched by Brand is that of Kevin Kelly (@kevin2kelly), founding Executive Editor of Wired magazine. In an email, Kelly writes, “I’ve worked with Stewart Brand for 40 years, and at nearly every single interaction I’ve learned something important from him. He is a true original, an OG of the first order, who has been at the forefront of countercultures starting with beatniks, then the hippies, and eventually the digital technologists, and beyond. Most know him because of his early Whole Earth Catalog bestseller, but his influence and wisdom go much wider and deeper. Indeed, he had a remarkable ability to be present at the beginning of many significant American cultural movements, yet his influence has been unappreciated.” It’s great his contributions are finally receiving the attention they deserve. Hopefully, his will continue to contribute his ideas for years to come. 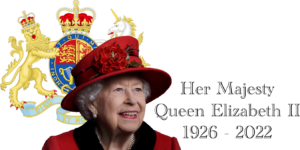