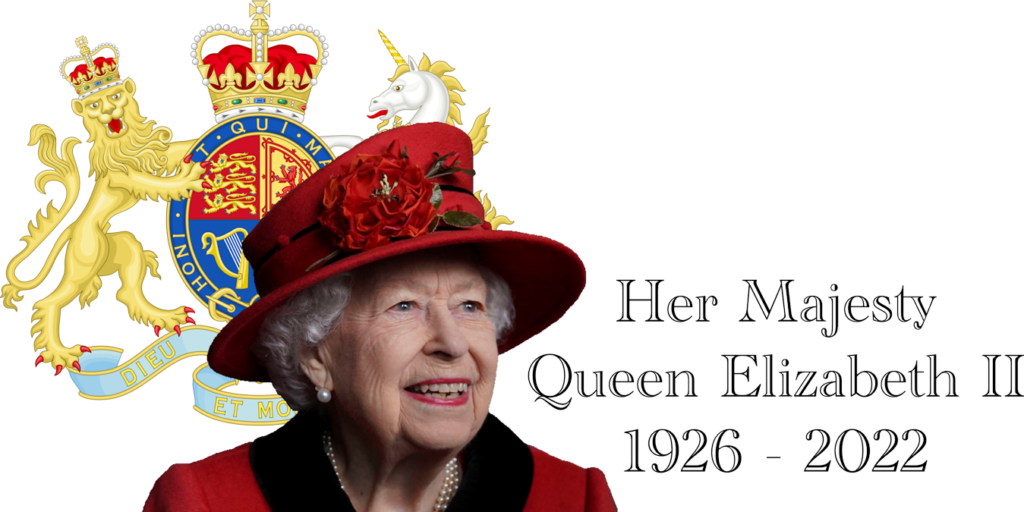 Americans know little about the inner workings of the British monarchy. That should come as no surprise considering the fact that the United States carried out a revolution to free itself from the monarchy’s yoke and then had the audacity to transform Britain’s national anthem from “God Save the King” to “My Country ‘Tis of Thee.” Nevertheless, Americans feel the loss of a great lady in the passing of Queen Elizabeth II. As Jeffrey Sonnenfeld (@JeffSonnenfeld), the Lester Crown Professor in Practice of Management at Yale School of Management, Founder of the Yale Chief Executive Leadership Institute (CELI), and a friend of mine and my Board Member Benn Konsynski, so aptly wrote, “We fought two wars against Britain, but we join her nation, our strongest ally, as they mourn the passing of their queen.”[1] Upon learning of her death, flags were lowered to half-staff on all federal buildings and at the White House — an honor generally reserved for American dignitaries.

During his famous farewell address to the corps at the U.S. Military Academy at West Post, General Douglas MacArthur stated, “‘Duty, Honor, Country’ — those three hallowed words reverently dictate what you ought to be, what you can be, what you will be. They are your rallying point to build courage when courage seems to fail, to regain faith when there seems to be little cause for faith, to create hope when hope becomes forlorn.” Those words could have been spoken about the late Queen. Just two days before her death, she rallied sufficient strength to greet and appoint Liz Truss as Britain’s new Prime Minister — the fifteenth such appointment she made during her seven-decade reign.[2] President Joe Biden summed up what many felt about the Queen in a statement released by the White House:

“Her Majesty Queen Elizabeth II was more than a monarch. She defined an era. In a world of constant change, she was a steadying presence and a source of comfort and pride for generations of Britons, including many who have never known their country without her. Queen Elizabeth II led always with grace, an unwavering commitment to duty, and the incomparable power of her example. She was a stateswoman of unmatched dignity and constancy who deepened the bedrock Alliance between the United Kingdom and the United States. She helped make our relationship special.”[3]

Young Elizabeth never expected to be Queen, let alone her country’s longest serving monarch. She famously became first in the line of succession when her uncle King Edward VIII abdicated the throne to marry American divorcée Wallis Simpson and Elizabeth’s father was crowned King George VI. When her father died in 1952, at the age of 56, a young 25-year-old Elizabeth ascended to the throne. Her coronation was the first to be televised. During her seven-decade reign, she greeted thirteen American presidents, beginning with Harry Truman. At the time, Winston Churchill was prime minister, Josef Stalin ruled the Soviet Union, and the Korean War was raging. It’s little wonder President Biden stated, “Her legacy will loom large in the pages of British history, and in the story of our world.” The motto she proudly served her life by was: “I serve.” It was a motto she announced to the world as a young princess. Associated Press journalists note, “When Elizabeth was 21, almost five years before she became queen, she promised the people of Britain and the Commonwealth that ‘my whole life, whether it be long or short, shall be devoted to your service.'”[4] It turned out to be a long life of service. She demonstrated her commitment to serve and fight fascism and totalitarianism when, during the Second World War, she learned how to drive and service ambulances and trucks, despite being heir to the throne.

There were no guarantees that the young Elizabeth would be a great leader. What made her great was the steady hand she always kept on the rudder of Britain’s ship of state. Journalist Vanessa Friedman notes, “Queen Elizabeth II … remained resolutely mum about her political leanings throughout her time on the throne, as her role in her country’s constitutional monarchy decreed.”[5] She also notes that the Queen demonstrated a “steadfast dedication to her country, its traditions and the symbolism of a crown.” Although monarchs are generally associated with crowns, Queen Elizabeth will forever be linked to hats. Friedman insists Queen Elizabeth understood the importance of “power dressing.” Friedman reports the Queen once famously said, “I have to be seen to be believed.” And Freidman observes, “From the moment she became sovereign … she clothed herself with that purpose in mind.” Journalist Kelly Crow (@KellyCrowWSJ) adds, “The queen was the most visually chronicled woman on the planet, and she used her mystique to her advantage.”[6] The article contains some of the ways the Queen’s images were portrayed during her reign.

At one point in history, the British Empire was described as “The Empire on which the sun never sets.” However, like her aging body, the British Empire contracted under Elizabeth’s reign. Queen Elizabeth recognized that the colonial era was best left to the past and that a new order was needed. During her first Christmas address, she stated, “The Commonwealth bears no resemblance to the empires of the past. It is an entirely new conception built on the highest qualities of the spirit of man. … To that new conception of an equal partnership of nations and races I shall give myself heart and soul every day of my life.”[7] Although bound by tradition, she nevertheless was able to move herself, the Royal Family, and the United Kingdom, graciously and successfully into the future.

Journalist Sylvia Hui observes, “Elizabeth often gave the impression of a serious demeanor, and many have noted her ‘poker face,’ but those who knew her described her as having a mischievous sense of humor and a talent for mimicry in private company.”[8] Her sense of humor was on full display during the opening ceremony of the 2012 Olympic games, when she starred in a short video with Daniel Craig (aka James Bond, Agent 007).

History will remember Her Majesty Queen Elizabeth II as a steadfast leader who dedicated her entire life to the service of her country. Sonnenfeld notes, “Throughout her era, she was a voice of calm reassurance, guiding people optimistically through crisis after crisis, from the horrors of global tyranny to the ravages of a global pandemic. … Queen Elizabeth’s death was inevitable and expected but is still a somber moment in the life of her nation. She was handed a unique leadership task and mastered it with unique diligence and dignity. She is a reminder of the inextricably intertwined nature of the substance and symbolism of leadership and how very important it is to the life of a nation.” Her quiet demeanor, inner strength, leadership, and grace stands in stark contrast to today’s polarized body politic. Her life was a living master class in civics and diplomacy. She was witness to many momentous moments and lived through sea changes in politics, technology, and society. Through them all, she demonstrated an uncommon grace and dignity. Her example should be a beacon for all citizens. She will be missed.