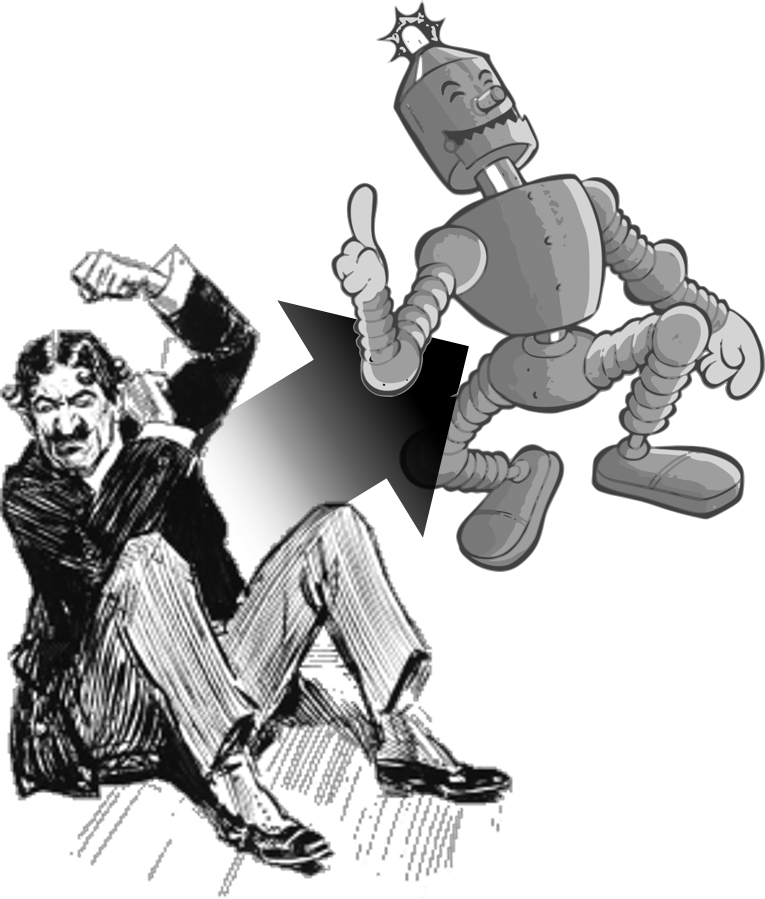 Process Automation can take the Robot Out of the Human

The late Logan Pearsall Smith, an American-born British essayist and critic, once wrote, “The test of a vocation is the love of the drudgery it involves.” I daresay more people agree with his fellow Brit, comic artist David Chester Gibbons, who stated, “I’m known for being very enthusiastic about using technology. A lot of the attraction is the way that it streamlines the process and takes a lot of the drudgery out of it.” The definition of “drudgery” is “hard, menial, or dull work.” Successful people don’t mind hard work; but, few, if any, like menial or dull work. This kind of work is particularly tedious in office settings. Allan Surtees, head of IT at Gazprom Energy, explains, “It’s what they call ‘swivel chair’ work — clicking on multiple systems, getting data from one source and putting it into another, where people are actually stuck four or five hours a day just doing this boring, manual nonsense.”[1] Boring jobs lead to tedium which leads to errors which results in undesirable consequences. Relieving employees of swivel chair work has been likened to taking the robot out of the human.

Robotic Process Automation to the Rescue

Robotic Process Automation (RPA) is ideal for relieving humans of swivel chair work. Saleha Anwar, a lead business consultant at GFT, writes, “RPA is transforming organizations across all industries, leading experts to believe that it is one of the most transformational tools in current times.”[2] She goes on to state, “Although people are able to apply judgment, empathy, interpretation and deal with exceptions, the downside is that people are often left with repetitive and mundane tasks. Such repetitive tasks undertaken by people are often subject to errors, which result in operational deficiencies, less focus on the customer, higher costs and a declining sense of motivation amongst the workforce. This is where the benefits of RPA come into play, by using a ‘virtual workforce’ empowered by software robots that allow enterprise organizations to automate these mundane and repetitive tasks.” Note that Anwar refers to “tasks” rather than “jobs.”

There is growing concern that automation of any kind is going to eliminate enormous numbers of jobs. E.G. Nadhan (@NadhanEG), Chief Technology Strategist at Red Hat, insists empirical data doesn’t support that conclusion. “Automation may not lead to significant job loss in 2018,” he writes, “in fact, it may even enhance the workforce. There are interesting stats about automation actually having resulted in more jobs in related domains.”[3] He sees technologies like RPA augmenting and collaborating with workers rather than replacing them. He adds, “[In the future, we will] see increased adoption of the digital employees who not only augment the workforce but also collaborate with each other.” Kristijan Glas, an Online Marketing Consultant, explains RPA can make employees more productive. He explains, “RPA is a modern system that has the potential to revolutionize offices across the globe and complete tedious tasks that employees may struggle with or lack motivation to carry out productively. Did you know that 40% of time is saved for staff to work on other tasks when RPA is introduced?”[4]

Russ Gould (@rjgould2), Vice President for global product marketing at Kofax, predicts a bright future for process automation. “Call it digital transformation, digital disruption, digital operations or digital process automation,” he writes. “No matter what term an organization uses to describe automation technology, the goal the same everywhere: to harness the power of digital to elevate the customer journey and drive end-to-end business outcomes. … Software robots, often referred to as robotic process automation systems, have gained considerable ground on this front, welcomed by C-suite executives who are keen to cut costs, improve productivity and gain a competitive advantage.”[5] A report by Grand View Research, Inc., confirms Gould’s optimistic prediction. According to report, “The global robotic process automation market is projected to achieve USD 8.75 billion by 2024. The market is anticipated to expand at a 60.5% CAGR from 2014 to 2024 (forecast period). Increasing demand for automation of business processes with the help of software robots and artificial intelligence can drive market growth during the forecast period. The maturity of the software in terms of application and credibility can lead to rapid implementation of RPAs by enterprises in years to come.” Although RPA and AI are often linked, as explained below, RPA is generally not considered a “smart” technology. As Gould notes, “A new generation of intelligent applications [are being developed] that go beyond automating repetitive tasks, such as robots powered by artificial intelligence.”

Anwar provides a list of characteristics describing the best candidate processes and tasks to target for robotic process automation. They include: High volume processes; highly manual processes; repetitive tasks; rules-based tasks; low exception processes; stable processes; data conversion processes; and low complexity processes. Based on those characteristics, it should be obvious that RPA is driven by rules rather than artificial intelligence (AI). Sri Annaswamy, an outsourcing and analytics advisory specialist Swamy and Associates, insists many RPA systems “actually use simple but very detailed rules-based automation of boring tasks in standardized areas such as accounts receivable. In a simple sense, they are no more than larger versions of the universally used Excel macros.”[6]

Anwar observes some processes require more than a rules-based system. She explains, “If the process is: ambiguous, unstructured, not rules-based, has high exception rates and complexity, or if there are large amounts of data, then Artificial Intelligence can be employed as this can manage greater variability. AI can improve over time, since AI robots have the ability to ‘self-learn’ whereas RPA capabilities are mainly limited to the criteria mentioned above.” I tell clients, if they want to improve processes and not simply automate them, they should be thinking in terms of Cognitive Process Automation™ (CPA) rather than Robotic Process Automation. CPA is powered by cognitive computing platforms, like the Enterra Enterprise Cognitive System™ (Aila®) — a system that can Sense, Think, Act, and Learn®. Cognitive computing combines artificial intelligence, advanced mathematics, and natural language processing. It can be applied to an almost unlimited number of business use cases, including process automation. Ankur Kothari (@ankur_786), Co-founder and Chief Revenue Officer at Automation Anywhere, notes, “When integrated with cognitive capabilities, RPA can move beyond simply automating standardized business processes to understanding the context for — and making — important business decisions.”[7]

Few employees wake up and enthusiastically head off to jobs involving tedious work. Relieving them of such tasks can improve their morale as well as enhance their productivity in other areas. As RPA and CPA technologies mature, companies will undoubtedly find new ways these technologies can benefit their bottom line. Even at current maturity levels, Anwar notes, firms adopting an RPA approach will benefit from: higher levels of accuracy; greater consistency; a ‘right-first-time’ approach; 24/7 availability; and an instantly scalable solution. 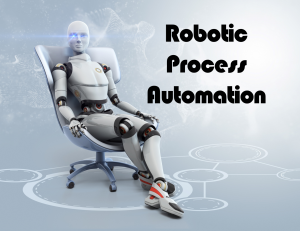