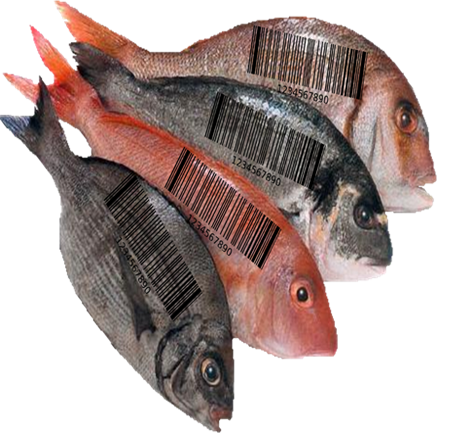 The food supply chain has received a lot of attention over the past few years — not all of that attention has been good. For example, on the supplier side of the food supply chain, retailers are facing a growing number of recalls involving tainted foods. Alex Hawkes (@alexhawkes) reports, “The cost of product recalls is soaring as retailers ruthlessly punish the offending suppliers — and news of goods gone bad spreads like wildfire across social media. Insurers are seeing a surge in payouts to food manufacturers for products taken off the shelves, with the number of investigations by the Food Standards Agency higher than it was two years ago during the notorious horsemeat scandal. Insurance insiders say the current level of claims is unprecedented. Globally insurers have received claims worth almost £40 million [$57.2 million] for the first six months of [2015] alone.”[1] Beth Kowitt (@bethkowitt) reports, “When the Grocery Manufacturers Association surveyed three dozen international companies in 2011, more than half reported being impacted by a food recall during the previous five years. Eighteen percent of those said the hit from the recall and lost sales was between $30 million and $99 million; 5% said the financial impact was $100 million or more. The long-term reputational damage to companies can have an even steeper price tag.”[2] Analysts at Tyson Integrated Security label food recalls “the food industry’s biggest threat to profitability.”[3] Although they made that assertion back in 2012, things have not improved. Back then they wrote:

“Food recalls are most importantly a public health issue, but they are also significant economic issues. The average cost of a recall to a food company is $10M in direct costs, in addition to brand damage and lost sales according to a joint industry study by the Food Marketing Institute and the Grocery Manufacturers Association. However the costs for larger brands may be significantly higher based on the preliminary recall costs reported by firms of some recent recalls.”

According to Kowitt, a more recent study estimated the consuming public’s costs for dealing with tainted food — a figure exponentially higher than food industry-related costs. She writes, “A 2015 study by Robert Scharff, an associate professor at Ohio State University, estimates the annual cost of medical treatment, lost productivity, and illness-related mortality at $55.5 billion.” One of the reasons that the food contamination issue has grown over the years is because the food supply chain now extends around the globe — or as Kowitt writes, “Our pantry is global. (So are the chances for contamination.)” She explains:

“The global supply chain has not only given us a cornucopia of food choices; it has also cut costs. The downside is that it has made preventing food-borne contamination nearly impossible. By the time milk tainted with melamine produced in China was detected, it had already been exported to 47 countries by way of milk-containing products.”

The globalized food supply chain has made “traceability” a high priority for the food industry. William Fisher, Vice President of the Institute of Food Technologists and the Executive Director of the Global Food Traceability Center, writes, “Traceability is most relevant when it comes to public health.”[4] He continues, “Whether we are talking about food safety or food defense, emergency planning can be broken into four phases:

1. Preparedness: When planning for an emergency situation, traceability provides greater visibility into a supply chain, thereby helping be better prepared if something goes wrong.

2. Response: In case something goes wrong, traceability improves the agility of the response by all stakeholders.

3. Recovery: During the recovery phase, traceability allows the industry and regulators to maintain or rebuild trust with consumers into the safety and resiliency of the food system.

4. Prevention: Traceability allows for the determination of causality of the problem through root cause analysis, thereby preventing future issues.

Fisher explains, “Traceability has become increasingly important. The global food supply chain today has evolved into a tangled web as companies seek to enhance their capabilities to feed the world’s growing population. While food safety problems remain rare, when they do occur, time is the enemy as public health and lives are at stake, as well as the livelihoods of industries, companies and employees.” Stakeholders in the food supply chain include producers, processors, distributors, governments, NGOs, regulators, and consumers and all of them could benefit by improved traceability. Tyco Integrated Security analysts explain:

“To an individual firm, the value of traceability is the ability to differentiate and sell its product after a competitor has delivered unsafe food to the marketplace. To an industry, traceability is essential to the protection of the industry’s collective reputation and market share by isolating products from the source of the problem. To the consumer, traceability means identifying contaminated products before she serves them to her family. On a macro scale, the collective consumer interest is tantamount to public health.”

No one doubts that improving traceability is a good thing; but, knowing that and doing something about it are quite different matters. As Fisher notes, “The food supply chain today is truly a maze that is global, dynamic and complex in nature.” You can interpret that to mean: “Tracing food through the global supply chain is tough.” Nevertheless, companies, both large and small, are trying to do just that. Ilan Brat (@IlanBrat) and Annie Gasparro (@Annie_Gasparro), report, “Fish + People Inc. has been posting on its website the names and photos of the boat captains that caught fish for its new Fishpeople-brand packaged seafood meals and frozen filets over the past three years. Many shoppers are hooked.”[5] They continue:

“From niche players such as Fish + People to large enterprises such as Campbell Soup Co. and Wal-Mart Stores Inc., companies are rushing to meet consumers’ increasing demand to know more about what’s in their food, where it came from, and how it was produced. Hershey Co.’s new ‘smart labels’ are putting more nutrition information on packages and eventually could showcase where it buys its ingredients. Kellogg Co. and General Mills Inc. now feature on their websites, names and profiles of farmers who grow wheat and oats for their cereals. Wal-Mart’s Sam’s Club unit recently began putting codes on produce packages that smartphone-wielding shoppers can scan to learn where, how and by whom the food was grown.”

Brat and Gasparro conclude, “Transparency initiatives are getting a boost from the 2011 Food Safety Modernization Act, rules on which are just being completed, because it puts more responsibility on retailers to ensure products are safe.” But retailers obviously can’t do this alone. Transparency begins in the field and must continue until the product is consumed. Although transparency initially adds costs, it pays off in the long run. Prevention is always better than cure. Tyson Integrated Security analysts suggest several steps that can be taken to prevent food contamination in the first place. “Since the majority of recalls happen due to operational mistakes,” they write, “a commitment and adherence to meeting one of the highest global food safety standards recognized by the Global Food Safety Initiative (GFSI) can be the best defense against food recalls. Standards such as BRC, SQF, and ISO 22000 all share a common foundation in sound food safety management practices, such as GMPs and HACCP. Companies that achieve certifications in these world-class standards demonstrate that they have implemented and audited sound food safety principles and typically exhibit key characteristics that set them apart, such as:

• Maintain effective HACCP programs, and learn from “near misses” as well as actual occurrences

• Prepare, Practice and Drill: Train, and make sure everyone in the value chain, including OEM and 3PL partners, understand the rules and are held to the same standards

• Plan ahead, anticipating what information will be required by stakeholders, and keep it segregated from other records.

A good cognitive computing platform can help deal with the complexity of the global food supply chain and, since time is the enemy when it comes to food recalls, it can also help alert decision makers quickly when a problem does occur. Undoubtedly, tainted food is going to remain a worry in the future and food industry survivors will be those stakeholders that implement the best traceability and recall programs.