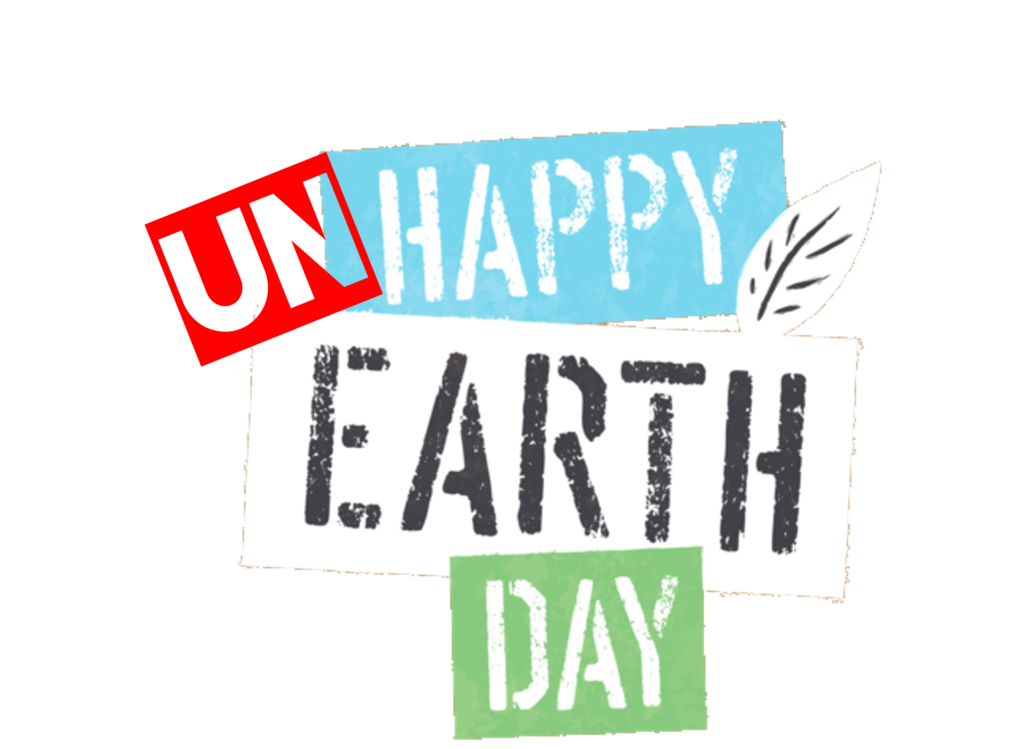 “Our planet is an amazing place,” writes journalist Rose Davidson, “but it needs our help to thrive! That’s why each year on April 22, more than a billion people celebrate Earth Day to protect the planet from things like pollution and deforestation.”[1] Unfortunately, the latest report from the United Nations’ Intergovernmental Panel on Climate Change warns that this amazing planet is in jeopardy. Journalists Brad Plumer (@bradplumer) and Raymond Zhong (@zhonggg) explain, “The dangers of climate change are mounting so rapidly that they could soon overwhelm the ability of both nature and humanity to adapt unless greenhouse gas emissions are quickly reduced.”[2] Denying the reality of climate change won’t protect you from its consequences. Journalist Andrew Freedman (@afreedma) reports, “[The UN study] finds that climate change is affecting every person’s physical and mental health, and classifies nearly half of the global population as being ‘highly vulnerable’ to climate impacts.

“Now or Never” Time for Action?

According to environmental journalist Fiona Harvey (@fionaharvey), “The world can still hope to stave off the worst ravages of climate breakdown but only through a ‘now or never’ dash to a low-carbon economy and society.”[4] Now, of course, is the time to act. Unfortunately, too many politicians, business leaders, and private citizens don’t feel the urgency to act. That doesn’t mean we should throw up our hands in defeat and accept that things will never change or believe that stakeholders will never take mitigating actions to counter the worse effects of climate change. John Hopkins University professors Jonas Nahm (@jonasnahm) and Johannes Urpelainen (@jurpelai) believe progress could be made if U.S. policymakers viewed climate policy as economic policy.[5]

Politicians on both sides of the aisle understand the dangers China poses on the world stage both economically and militarily. Nahm and Urpelainen note, “China currently dominates global manufacturing. China makes roughly two-thirds of the world’s solar panels, nearly half of global wind turbines, and three quarters of lithium-ion batteries needed for electric vehicles and on-grid energy storage.” They insist improving the competitive position of domestic clean energy sectors “could provide an alternative to the current reliance on China.” In other words, they believe economic arguments will carry more weight than environmental arguments. They are probably correct.

Politicians aren’t the only people who need to act. Bloomberg reporters note, “Nations, cities, businesses and investors raced to reach net-zero emissions by 2050 after the publication of a previous IPCC report in 2018. Yet according to the new report, emissions have continued to drain the ‘carbon budget,’ an accounting tool scientists use to estimate how much time is left before temperature limits are likely to be breached. The short time that’s passed makes keeping the goal much more difficult. While ‘net-zero by 2050’ is a slogan with breathing room, a new factoid puts the challenge into sharper focus: Global greenhouse gas emissions must peak by 2025.”[6] Few people believe the world can meet that goal in less than three years. Nevertheless, there are positive actions that can be taken.

According to Bloomberg reporters, “There are cost-effective methods of cutting carbon that together could meet half the 2030 emissions target. Solar and wind costs fell 85% and 55% between 2010 and 2019, making them now cheaper than fossil-fuel-powered electricity generation in many places. Carbon-free and low carbon technologies, including nuclear and hydroelectric power, made up 37% of the electricity generated globally in 2019. The report heralds ‘digitalization’ — robotics, AI, the internet of things — as a powerful way to increase energy efficiency and manage renewable power. ​​​​” If the transportation industry is going to be electrified, we will need more electrical energy produced using green technology.

Based on past experience and the current political climate, the unfortunate truth is that things are going to get worse before they get better. In real terms, what that means is that “sea levels on U.S. coastlines are forecast to rise on average by about a foot by 2050, surging with meltwater from ice sheets and glaciers as a result of climate change. … Boston and New York would see seas rise by nearly a foot by 2050, while near San Francisco and San Diego the expected change is about 0.8 feet, compared with 2020. The Gulf coasts will be the worst hit … [in] New Orleans, for example, seas could rise about 1.5 feet.”[7]

Even more concerning is how climate change will affect the availability of water. Journalist Margaret Osborne (@margaretc17) reports, “Human-caused climate change is responsible for 42 percent of the soil moisture deficit in the last 22 years.”[8] She also reports, “The current megadrought in the western United States has broken previous records for the driest 22-year period in the region since the year 800 C.E.” She quotes Park Williams, a climate hydrologist at the University of California, Los Angeles, who has stated, “Climate change is changing the baseline conditions toward a drier, gradually drier state in the West and that means the worst-case scenario keeps getting worse. This is right in line with what people were thinking of in the 1900s as a worst-case scenario. But today I think we need to be even preparing for conditions in the future that are far worse than this.”

And, of course, the United States isn’t the only area in the world that will suffer dramatic and harmful effects of climate change. Journalists Sarah Kaplan (@sarahkaplan48) and Brady Dennis (@brady_dennis) report, “In the hotter and more hellish world humans are creating, parts of the planet could become unbearable in the not-so-distant future. … Unchecked greenhouse gas emissions will raise sea levels several feet, swallowing small island nations and overwhelming even the world’s wealthiest coastal regions. Drought, heat, hunger and disaster may force millions of people from their homes. Coral reefs could vanish, along with a growing number of animal species. Disease-carrying insects would proliferate. Deaths — from malnutrition, extreme heat, pollution — will surge.”[9] It won’t be pretty.

The staff at EarthDay.org writes, “This is the moment to change it all — the business climate, the political climate, and how we take action on climate. Now is the time for the unstoppable courage to preserve and protect our health, our families, and our livelihoods. For Earth Day 2022, we need to act (boldly), innovate (broadly), and implement (equitably). It’s going to take all of us. All in. Businesses, governments, and citizens — everyone accounted for, and everyone accountable. A partnership for the planet.”[10] The late psychologist Albert Bandura is credited with stating, “Where everyone is responsible, no one is really responsible.” That’s one of the problems when it comes to tackling climate change — because everyone is responsible. The authors of the UN report recognize this conundrum. They write, “The interaction between politics, economics and power relationships is central to explaining why broad commitments do not always translate to urgent action.” By taking personal responsibility, you can be part of the solution rather than being part of the problem. Earth Day would be a good time to start.