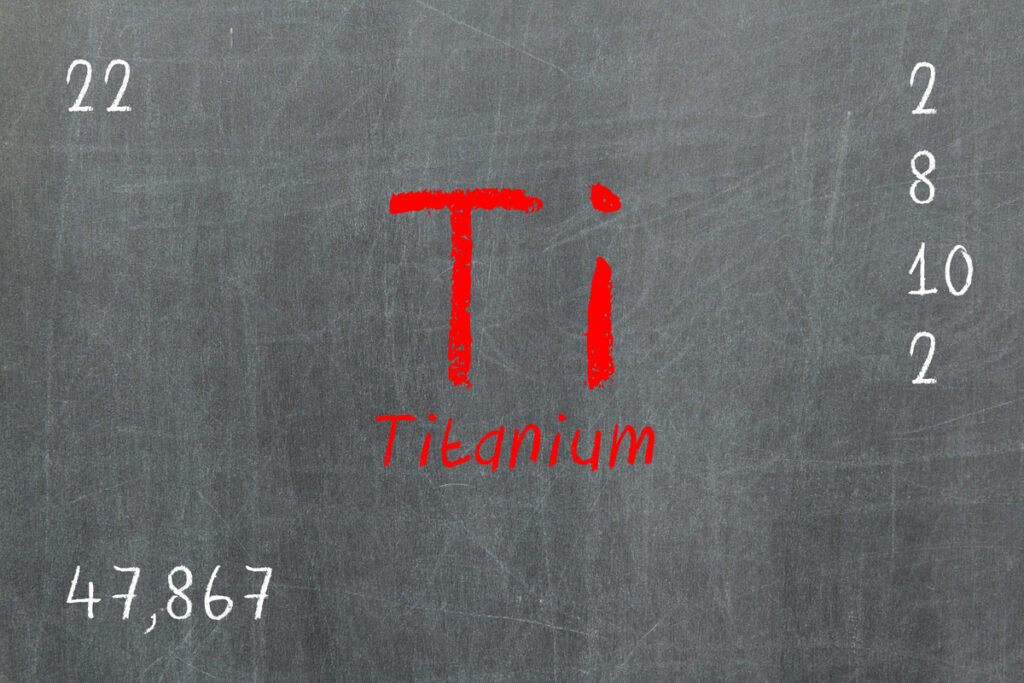 Manufacturing and the Titanium Economy

We all know the storyline that insists advanced economies have moved on from the Industrial Age to the Digital Age and have become service-focused rather than a manufacturing-focused. As Nick Santhanam, Chief Executive Officer of the Fernweh Group, explains, “Countless headlines over the past few decades have recounted a story of American industry in decline.”[1] He reports, however, that a new storyline is unfolding. He writes, “Media coverage has almost entirely overlooked a resurgence that’s well underway: Much of the industrial sector is thriving, often brimming with innovators in a relentless drive for innovation and a zeal to deploy new technology that rivals the Silicon Valley leaders known as FAANG: Facebook, Apple, Amazon, Netflix, and Google.” Santhanam is one of a trio of co-authors who have labeled this manufacturing resurgence the “Titanium Economy.”

In a book entitled The Titanium Economy, Santhanam, along with McKinsey partner Asutosh Padhi, and Gaurav Batra, President and CEO of Ayna.AI, discuss “this under-appreciated and under-valued sector of the economy for what it really is: a reliable source of high-paying, domestic jobs and soaring stock prices — a bright spot in an economy that has too often been buffeted by external shocks. The shining stars in this sector leverage technology while investing in people and processes to drive competitiveness. These companies provide a recipe for both stability and long-term, profitable growth, while also strengthening the backbone of an economic supply chain that has been under siege for several years.”[2]

What is the Titanium Economy?

According to McKinsey analysts, the Titanium Economy consists of a group of companies that consistently outperform the market, could create millions of high-quality American jobs, and lead technological innovation while building a more sustainable future.[3] They write, “Of the more than 4,000 firms that make up the Titanium Economy, the majority have seen an 11 to 15 percent return on invested capital over the past decade. Most are privately owned, small- to mid-cap companies that don’t have consumer-facing brands. And for many Titanium companies, their performance has rivaled that of Silicon Valley’s tech darlings over the past decade. Like their namesake metal, these companies are resilient and essential to many of the products that we use every day.” They add, “Despite their propensity to create value, the companies that make up the Titanium Economy are underappreciated, undervalued, and misunderstood.”

Ray Grady, CEO and President of Conexiom, believes Titanium Economy companies may be a bright spot this coming year. He explains, “The world has been discussing the impending recession for months. One could argue that the U.S. will almost certainly enter a recession, and Europe will also enter one soon. … [Nevertheless,] the manufacturing sector continues to chug forward in this mix of economic indicators, seemingly impervious to the negativity often discussed and anticipated. The term ‘Titanium Economy,’ coined in a recent book by Asutosh Padhi, Gaurav Batra and Nick Santhanam, refers to the phenomenon of how the manufacturing sector is bucking its long-held reputation as the place where innovation went to sleep.”[4]

Padhi adds, “The death of manufacturing has been greatly exaggerated. Industrial employment rose from 11.6 million jobs in January 2011 to 12.5 million in October 2021, and the United States is home to hundreds of manufacturers that deliver world-class products and excellent financial returns. Collectively, these companies make up the ‘Titanium Economy’ — and their performance could be critical to driving the sustainable and inclusive growth our country needs.”[5]

Whether or not you buy-in to the term “Titanium Economy,” there is a new appreciation for America’s manufacturing sector. As Padhi notes, “There is one problem with America’s Titanium Economy: We need more of it. With freight, insurance, and labor costs rising around the world, there is a strong economic case for more domestic manufacturing. As COVID-19 showed, there are downsides to not being able to meet important needs on our own.”

Journalist Dale Buss writes, “They thought they were just mid-market suppliers to larger makers. But it turns out that thousands of mostly business-to-business manufacturers in smaller cities across the country are actually the ribs of what a new book is calling the ‘titanium economy’ and are responsible not only for outsized prosperity in the present but also for the hope they can shatter the myth that U.S. manufacturing is collapsing.”[6] If these mid-market suppliers are the “ribs” of the American economy, then efforts should be made to support this sector. Padhi explains that the Titanium Economy is often geolocated in hubs that begin with a single manufacturer. Anecdotally, he discusses the town of Simpsonville, South Carolina, now home to a Michelin plant. That plant, he notes, was followed by carmakers, “then all kinds of adjacent industries, such as warehousing and commercial cleaning.” But this hub, he asserts, all started with a company called Sealed Air. “This Titanium Economy company, founded in 1955, is best known for making bubble wrap.”

Padhi insists, “Titanium Economy hubs won’t just happen — they need to be nurtured. Across the U.S., leaders in the public and private sectors, and in academia, could be doing far more.” He again turns to Simpsonville as an example of how to do things right. He explains, “[In addition to Sealed Air,] government played a central role, too, by creating a hospitable business environment and working with high schools, universities, and other institutions to build and refresh the pool of talent.” The notion of hubs is not new, they have been discussed for years — but mostly in relation to digital companies (e.g., Silicon Valley). Titanium Economy hubs also have technology element. In fact, Padhi, Batra, and Santhanam insist that Titanium Economy companies are mostly found in the industrial-tech sector. Santhanam explain, “The digital revolution by no means displaced manufacturing; making things, it turns out, is still the key building block for our collective society. At a time when investors and the media are obsessed with all things digital, a modern resilient economy requires an industrial-tech sector that’s resilient to future disruptions.”

Recently, the tech sector has been making thousands of workers redundant. At the same time, the manufacturing sector continues to look for talented employees. The industrial-tech sector might be able to attract some displaced workers; however, McKinsey analysts believe a much more concerted effort will be needed to attract talent to Titanium Economy companies. They conclude, “Titanium Economy companies could help revitalize the US middle class and spur inclusive growth in rural communities across America. But they cannot do it alone. Solving the country’s manufacturing labor shortage will take a coordinated effort involving industrial companies revamping talent practices, educational institutions refocusing training and upskilling programs on manufacturing, and local, state, and federal governments considering supportive policies and programs. Supporting the expansion of the Titanium Economy could help remediate the growth of income inequality in recent decades and broaden opportunities for more people.”[7] 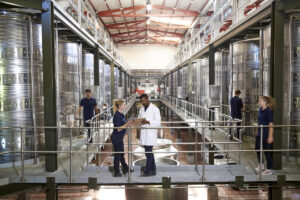 “US manufacturing may be poised for an overhaul and a rebound,” according to analysts from McKinsey & Company, “with a potentially significant impact on the 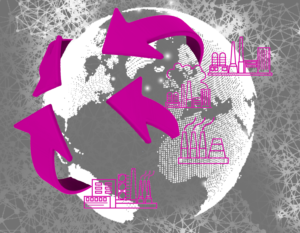 Current supply chain snarls, often associated with overseas factories and logjammed ports, have made manufacturing reshoring a hot topic. The staff at Manufacturing.net asserts, “As