Home » Christmas » The Man Who Inspired Gift-giving at Christmas 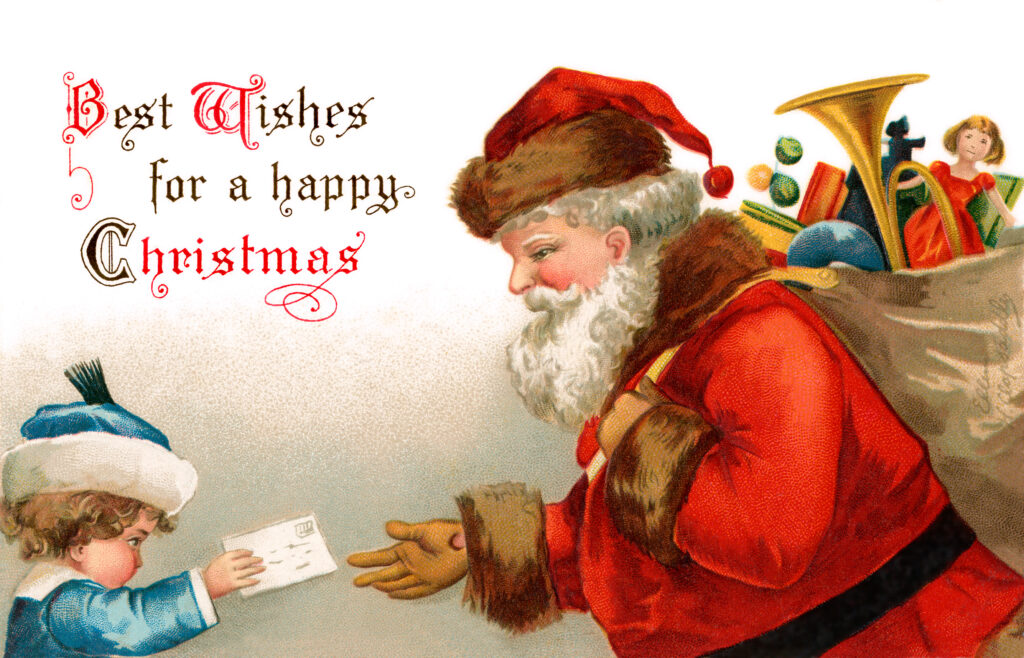 The Man Who Inspired Gift-giving at Christmas

Children around the world awakened this Christmas morn hoping Santa Claus had left them a gift. Not all of those children know where Santa came from (before he moved to the North Pole) or other particulars of his historical background. Brian Handwerk observes, “The modern American Santa was born in the Mediterranean, evolved across northern Europe, and finally assumed his now-familiar form on the shores of the New World.”[1] Although Christmas, and the holiday season in general, has become more secular through the years, the holiday is at its heart a Christian celebration. It should come as no surprise, therefore, that the Santa narrative also has a Christian origin. Around the world Santa is known by many names including Sinterklaas, Kris Kringle, Father Christmas, and, Saint Nicholas. The story really begins with Saint Nicholas. The St. Nicholas Center explains:

“The true story of Santa Claus begins with Nicholas, who was born during the third century in the village of Patara. At the time the area was Greek and is now on the southern coast of Turkey. His wealthy parents, who raised him to be a devout Christian, died in an epidemic while Nicholas was still young. Obeying Jesus’ words to ‘sell what you own and give the money to the poor,’ Nicholas used his whole inheritance to assist the needy, the sick, and the suffering. He dedicated his life to serving God and was made Bishop of Myra while still a young man. Bishop Nicholas became known throughout the land for his generosity to those in need, his love for children, and his concern for sailors and ships.”[2]

The St. Nicholas Center goes on to explain that through the years many Christmas traditions have their origins in tales told about the life of St. Nicholas. They write:

“One story tells of a poor man with three daughters. In those days a young woman’s father had to offer prospective husbands something of value — a dowry. The larger the dowry, the better the chance that a young woman would find a good husband. Without a dowry, a woman was unlikely to marry. This poor man’s daughters, without dowries, were therefore destined to be sold into slavery. Mysteriously, on three different occasions, a bag of gold appeared in their home-providing the needed dowries. The bags of gold, tossed through an open window, are said to have landed in stockings or shoes left before the fire to dry. This led to the custom of children hanging stockings or putting out shoes, eagerly awaiting gifts from Saint Nicholas. Sometimes the story is told with gold balls instead of bags of gold. That is why three gold balls, sometimes represented as oranges, are one of the symbols for St. Nicholas. And so St. Nicholas is a gift-giver.”

This year St. Nicholas made headlines because archaeologists in Turkey claim to have discovered his final resting place under a church in the Demre district of Turkey. Jason Daley (@jasondaley608) reports, “Researchers discovered an intact temple and burial grounds below the Church of St. Nicholas during radar scans and CT surveys of the site. But the researchers have yet to confirm the find. To access the tomb, they must first remove and preserve valuable mosaics from the church floor, a process that will take time.”[3] The following video provides additional detail about the discovery.

The video notes that bones previously thought to be those of St. Nicholas are now thought to be the bones of someone else. In 1087, sailors stole those bones and took them back to Bari, in southern Italy, where they remain enshrined. Several years ago, based on those remains, Liverpool University Professor Caroline Wilkinson created a life-like portrait of the Saint.[4] If the newly discovered tomb turns up new bones, that portrait may have to be redrawn.

St. Nicholas’ ties to Christmas were not immediate. “For several hundred years, circa 1200 to 1500,” writes Handwerk, “St. Nicholas was the unchallenged bringer of gifts and the toast of celebrations centered around his day, December 6. The strict saint took on some aspects of earlier European deities, like the Roman Saturn or the Norse Odin, who appeared as white-bearded men and had magical powers like flight. He also ensured that kids toed the line by saying their prayers and practicing good behavior. But after the Protestant Reformation, saints like Nicholas fell out of favor across much of northern Europe. ‘That was problematic,’ [Gerry Bowler, author of Santa Claus: A Biography], said. ‘You still love your kids, but now who is going to bring them the gifts?'” Christmas and gift-giving seemed a natural combination; after all, the Wise Men brought gifts to the Christ-child. But Jesus was the recipient, not the giver of nativity gifts. So Nicholas re-entered the picture, but not as a kindly saint. Handwerk explains, “Some … scary Germanic figures … were based on Nicholas, no longer as a saint but as a threatening sidekick like Ru-klaus (Rough Nicholas), Aschenklas (Ashy Nicholas), and Pelznickel (Furry Nicholas). These figures expected good behavior or forced children to suffer consequences like whippings or kidnappings.” The Dutch, however, loved their kindly gift-giving saint, Sinterklaas, and brought him to the New World where he became jolly, old Santa Claus.

Charlotte Allen concludes, “In the end, the ‘true’ St. Nicholas is as unknowable, and possibly as fictional, as a shopping-mall Santa. But does it matter? Whether historical, fantastical or a combination of both, he meant so much to those who revered him that he became forever associated with the gift of love that is Christmas.” The holiday season should be a time of outreach and love. Like Nicholas I encourage you to think of the poor and needy this holiday season. On behalf of all of us at Enterra Solutions®, we wish you the happiest of holidays.

If supply chain snarls kept you from receiving items you wanted last Christmas, you’re in luck. Those items are now arriving in U.S. ports and