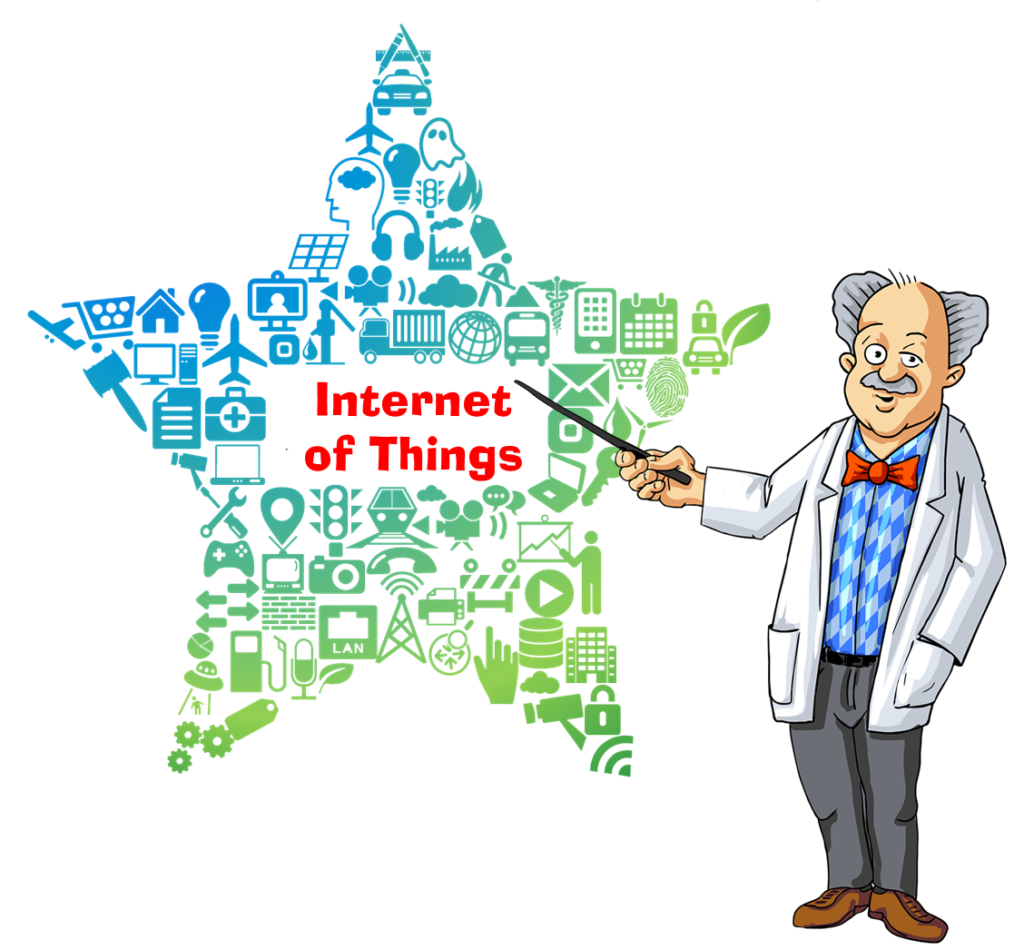 Let’s Be Smart Connecting to the Internet of Things

Analysts have forecast that within the next five years billions of devices will be connected to the Internet of Things (IoT) in order to facilitate machine-to-machine (M2M) communication. This enhanced connectivity is predicted to have a huge economic impact. For example, DHL and Cisco jointly released a new “Trend Report” focusing on the Internet of Things. The report claims that in the area of supply chain and logistics alone, trillions of dollars in value will be generated by greater connectivity. “The Trend Report, which estimates that there will be 50 billion devices connected to the Internet by 2020 compared to 15 billion today, looks at the potential impact this technological revolution will have on business.”[1] The article continues:

Thomas Claburn (@ThomasClaburn) wonders if we aren’t demonstrating the same kind of “irrational exuberance” for the IoT that we saw at the beginning of the dot-com era. This thought came to him as he watched a video introduced by Young Sohn, president and chief strategy officer of Samsung Electronics, who was the keynote speaker at Internet of Things (IoT) World in San Francisco. The video’s narrator asked, “What if everything had a voice? Plants, buildings, cars, devices, your body. What if everything could listen …? How would the world be better? Would we be wiser?”[2] Claburn said the first thought that came to his mind was, “My chair would ask me to stop sitting on it. … And the next billion dollar company would be a maker of earplugs.” Claburn concluded that it really isn’t necessary or smart for everything to have a voice. He’s probably correct and we shouldn’t let our irrational exuberance win the day. As I read Claburn’s article, I immediately thought of the seagulls in Walt Disney’s “Finding Nemo” movie whose only exclamation was, “Mine, mine, mine.” Claburn fears that a lot of connected devices would be like the seagulls, constantly squawking with little to say. He concludes:

“Wireless technology, miniaturization, and cloud computing have made it so that everything can communicate. … But not everything should communicate all the time. Now that the tech industry has made it possible for everything to have a voice, thanks to tiny bits of wireless hardware, it must figure out when devices should speak, what they should say, and how to interpret their messages. … Wisdom doesn’t necessarily follow from communication.”

Joe Barkai (@JoeBarkai), a product and market strategist, agrees with Claburn that connectivity does not necessarily equate to wisdom.[3] He asks, “Does the number of connected devices really matter that much?” Barkai stresses that it is not the number of devices or their “smartness” that really matters. What really matters is what is done with data that is collected. He explains:

“The promised business value of the IoT is not in the ability to connect devices via the Internet. It is in the information gathered and shared by a large number of diverse devices in a meaningful manner that provides new and different — disruptive, if you like the term — business models. In The Wisdom of Crowds: Why the Many Are Smarter Than the Few and How Collective Wisdom Shapes Business, Economies, Societies and Nations, James Surowiecki argues that the aggregation of information can result in decisions that are better than could have been achieved by any individual in the group. In the wisdom of crowds, connectedness among people enables a new value. Likewise, in the Internet of Things, networked information facilitates the ‘Wisdom of Things’: the collective information emanating from multiple information sources: sensors, measurement devices and even humans can be aggregated to extract greater business value. However, whereas the wisdom of crowds is predicated upon a group of smart individuals, the Internet of Things is based on connectivity among devices that aren’t necessarily ‘smart’ — they can be ‘dumb’ devices that collect and transmit data that is used by other devices or back office applications that utilize data from multiple such sources. In other words, the aggregated value of the different sources is discoverable and useable at the edge of the IoT, not at the device level itself.”

Practically speaking, few of us will ever really know how the IoT is affecting our lives. Last year the Pew Research Center released a report entitled “Digital Life in 2025.” The major conclusion of that report was, “Information sharing over the Internet will be so effortlessly interwoven into daily life that it will become invisible, flowing like electricity, often through machine intermediaries.” Although the Internet of Things will play a huge role in the business world (which is why General Electric prefers to call it the Industrial Internet), Dominic Basulto (@dominicbasulto) believes that the IoT really doesn’t make sense (at least not yet) in the consumer world.[4] He offers three reasons as to why he reached that conclusion. The first reason Basulto states is price. “This is a real deal-killer — the current generation of consumer products for the Internet of Things is still way too expensive.” His second reason involves interoperability. “Even if the costs of these Internet-connected things come down, it will be a nightmare interoperability issue to get all the different things talking to each other.” Finally, and perhaps most importantly, Basulto says that the privacy issue is going to continue to raise its head in every discussion about the IoT. “The accumulation of all that Internet-connected stuff, he writes, “is going to present nightmare privacy and security issues for users.”

Even though the IoT may support limited consumer gadgets until the issues highlighted by Basulto are solved, the M2M side of the IoT is moving ahead full steam. Randy Bean (@RandyBeanNVP), CEO of NewVantage Partners, reports, “While many financial services executives still struggle to identify compelling Big Data use cases there is another world where Big Data is yielding a big impact right now. This is the world of heavy industry, where companies like General Electric are finding many opportunities to generate meaningful outcomes from accurate, timely, and precise data.”[5] The world we live in will run more effectively and efficiently thanks to the IoT and the M2M communications that it supports. That’s why the experts polled by the Pew Research Center were able to confidently predict, “Information sharing over the Internet will be so effortlessly interwoven into daily life that it will become invisible, flowing like electricity, often through machine intermediaries.”