Home » Security » Is Your Supply Chain Prepared for War?

Over half-a-century ago, musician Edwin Starr musically asked, “War, what is it good for.” His answer, “Absolutely nothing.” He may be correct; nevertheless, geopolitical violence continues to raise its ugly head. Local, regional, and global supply chains are affected by these geopolitical events. For example, when Russia initiated its unprovoked invasion of Ukraine, global supply chains immediately felt the impact — especially agricultural and energy supply chains. When it comes to risk management and planning for “what if” scenarios, geopolitical violence must be included in the mix. What if there is a regional conflict that disrupts supplier operations? What if great power war breaks out? What if there is a second civil war in the United States? All of these scenarios are currently being floated.

Will There Be Another Great Power Conflict?

Nobody likes to contemplate great power conflict. Prior to the outbreak of the First World War, Sir Ralph Norman Angell, an English author and Nobel Peace Prize winner, famously penned a book entitled The Great Illusion in which he argued, in the words of historian James Joll, that “the economic cost of war was so great that no one could possibly hope to gain by starting a war the consequences of which would be so disastrous.”[1] Many people have similar feelings about today’s globalized world. However, in a recent article, Matthew Kroenig (@MatthewKroenig), deputy director of the Atlantic Council’s Scowcroft Center for Strategy and Security, writes, “According to international relations (IR) textbooks, the United States, Russia, and China are on a collision course.”[2] He goes on to elaborate that for nearly four score years international relations theories have tried to explain why great power war has been kept at bay. He writes:

“For decades, international relations theory provided reasons for optimism — that the major powers could enjoy mostly cooperative relations and resolve their differences short of armed conflict. Realist IR theories focus on power, and for decades, they maintained that the bipolar world of the Cold War and the unipolar post-Cold War world dominated by the United States were relatively simple systems not prone to wars of miscalculation. They also held that nuclear weapons raised the cost of conflict and made war among the major powers unthinkable. Meanwhile, liberal theorists argued that a triumvirate of causal variables (institutions, interdependence, and democracy) facilitated cooperation and mitigated conflict. The dense set of international institutions and agreements (the United Nations, the World Trade Organization, the Nuclear Non-Proliferation Treaty, etc.) established after World War II — and expanded and depended on since the end of the Cold War — provided forums for major powers to work out their differences peacefully. Moreover, economic globalization made armed conflict too costly. Why quarrel when business is good and everyone is getting rich? Finally, according to this theory, democracies are less likely to fight and more likely to cooperate, and the major waves of democratization around the world over the past 70 years have made the globe a more peaceful place.”

He ominously adds, “Unfortunately, nearly all of these pacifying forces appear to be unraveling before our eyes.” Russia’s invasion of Ukraine has forced countries to take sides and a surprising number of them have opted to side with the aggressor. Recently, Russia’s President Vladimir Putin attended military exercises in the east of the country involving China and other allies such as Syria and India. And he is pushing a new foreign policy doctrine that justifies military intervention into any Russian-speaking territory. With an eye on Taiwan, China is carefully watching how the Ukraine war and Putin’s actions succeed or fail. Joshua Shifrinson, an associate professor of international relations in Boston University’s Frederick S. Pardee School of Global Studies, calls the current situation “internationalized conflict.”[3] He adds, “It’s important to remember that things like the First World War and Second World War actually began with localized conflicts between regional major powers and minor powers.”

Bill Ackman (@BillAckman), CEO of Pershing Square Capital, believes the question about the next great power war is moot. He believes, “WWIII has likely started already, but we have been slow to recognize it.”[4] Ackman did hedge his bets by adding, “[There is] much more we can do before we enter a hot war with Russia.” Despite all the signs of trouble, Kroenig sees some light ahead. He concludes, “Fortunately, there is some good news. The best understanding of international politics may be found in a combination of theories. Much of humanity prefers a liberal international order, and this order is only made possible by the realist military power of the United States and its democratic allies. Moreover, 2,500 years of theory and history suggest that democracies tend to win these hard-power competitions and autocracies flame out disastrously in the end.”

Will There Be a Civil War in the U.S.?

If avoiding World War Three depends “the realist military power of the United States and its democratic allies,” it’s fair to ponder what would happen if America becomes embroiled in a new civil war. Unthinkable? Not if you believe the number of articles being written about the possibility. Thirty years ago, a young socialist at the University of Virginia named James Davison Hunter wrote a book entitled Culture Wars. Journalist Zack Stanton (@zackstanton) observes, “[Hunter] hoped that by calling attention to the dynamic, he’d help America ‘come to terms with the unfolding conflict’ and, perhaps, defuse some of the tensions he saw bubbling.”[5] Obviously, Hunter’s hopes were unfulfilled. He told Stanton, “Democracy, in my view, is an agreement that we will not kill each other over our differences, but instead we’ll talk through those differences. And part of what’s troubling is that I’m beginning to see signs of the justification for violence.” Stanton indicates Hunter was specifically referring to “the insurrection on January 6, when a mob of extremist supporters of Donald Trump stormed the U.S. Capitol in an attempt to overthrow the results of the 2020 election.”

Hunter then told Stanton why we should be worried: “Culture wars always precede shooting wars. They don’t necessarily lead to a shooting war, but you never have a shooting war without a culture war prior to it, because culture provides the justifications for violence.” Brookings analysts ask, “Is it really possible that America could face the possibility of civil war in the near future? It may seem unthinkable, and yet there’s much to worry about.”[6] They point to polling results to underscore their argument. “A 2021 national survey by pollster John Zogby found a plurality of Americans (46%) believed a future civil war was likely, 43% felt it was unlikely, and 11% were not sure. War seemed more likely for younger people (53%) than older ones (31%), and for those residing in the South (49%) and Central/Great Lakes region (48%) relative to those in the East (39%).”

Journalist Marc Fisher (@mffisher) writes, “It’s easy and logical to conclude that the United States today stands as close to the edge of civil war as it has since 1861. A broad variety of voices — including Republican and Democratic politicians, academics who study civil strife, and extremists on both ends of the spectrum — now accept the idea that civil war is either imminent or necessary.”[7] He adds, “But it’s also easy and logical to conclude that the florid rhetoric from right-wing extremists, the worried warnings in mainstream media, and the hail of threats and individual attacks after [the] surprise FBI search of Donald Trump’s South Florida mansion add up to something well short of the frightening prospect of civil war.” Journalist Ron Elving (@NPRrelving) writes, “The forces of disunity are disquieting, to say the least. But must it all come to blows? Can we still center ourselves and pull back from whatever brink we are approaching?”[8] I think we can and so does he.

Security specialist and author Thomas E. Ricks (@tomricks1) writes, “Five years ago, I began to worry about a new American civil war breaking out.”[9] However, many of the worst things he imagined didn’t happen. “Our country remains deeply divided,” he writes. “And yet, for all that, I am less pessimistic than I was back then.” One reason for his reluctant optimism is that there are judges who still cherish the law above partisan politics. “With the executive branch crippled and the legislative branch divided,” he explains, “the judicial branch of the federal government held the line. … And the American people are paying attention. A recent NBC News poll found that ‘threats to democracy’ topped the list of pressing issues facing the nation.”

Despite my optimism about level heads prevailing, supply chain risk managers need to consider seriously the possibility that conflict — either global or civil — could disrupt operations. Unless a company is part of the so-called military industrial complex, business leaders understand that peace brings greater prosperity than war. During the Cold War, the U.S. military’s motto was “peace through strength.” Striving for peace implies neither weakness nor lack of resolve. The West has demonstrated both restraint and firmness in the face of Russian aggression. Western resolve continues to be necessary if global conflict is to be avoided. A strong global economy, powered by functioning supply chains, is in everyone’s best interests. Nevertheless, we cannot believe, like Angell did, that the economic cost of war is so great and the consequences so disastrous that conflict is unthinkable. 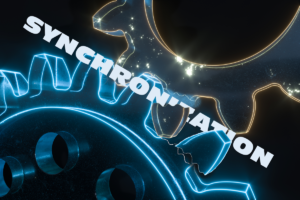 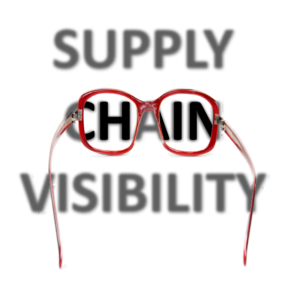 There is an old English idiom that states “in the country of the blind, the one-eyed man is king.” According to the Cambridge Dictionary, this