Dan Gilmore, Editor of Supply Chain Digest, asks, “Has there been anything much stranger in the supply chain than the tale of RFID in the consumer packaged goods to retail supply chain?” [“RFID in CPG to Retail – What Really Happened?” 10 March 2011] He continues:

“The journey has been from visions of supply chain transformation to now, literally, the concept being at a near dead standstill – though there is clearly a connection to today’s very lively efforts with RFID for ‘item-level’ apparel. It’s worth exploring what happened, and why.”

“If you were shipping, say … a cargo container of pineapples from Hawaii to Poland, you would probably want to know what was happening to those pineapples along the way. For instance, were they allowed to get too hot or too cold? Did they clear customs? Did they follow the planned route? Using wireless radio frequency identification sensors recently developed at Spain’s Public University of Navarre (UPNA ), you could know all these things and more, in real time. The sensors and their data network have been in development since 2007, when a consortium of corporations and research facilities was established to develop the technology. A member group of that consortium, Navarre-based TB-Solutions, called upon UPNA to develop the software. Now, prototype sensors have been created and put to the test inside containers at the Port of Valencia. … TB-Solutions made a point of installing security mechanisms in the system, so that outside parties can’t intercept the data as it’s being transmitted. As far as they know, theirs is the only such system to offer this feature.”

The benefits of RFID technology are generally understood; so we find ourselves returning to Gilmore’s question about why the technology has not found greater acceptance. While the simple answer is RFID tags still cost too much, Gilmore believes there are other reasons as well. He summarizes his thoughts this way:

“1. CPG companies and WalMart did not do enough ‘hard math’ to really understand the returns before making substantial investments in RFID. Other retailers sat back and let WalMart do the ‘dirty work.’

“2. There was a ‘heard’ mentality that contributed strongly to this, supported by the self-interested RFID hype machine in some parts of the media and consulting community.

“3. Many CPG companies did and continue to believe there is great ROI in some product categories, the most prominent being in promotional execution but also others. But WalMart basically gave up on those (not clear why) and no other retailers have stepped up. Manufacturers can’t do it without retailers.

“4. WalMart did not design or execute its program well, especially in having a mass mandate across hundreds of suppliers, when P&G and others were arguing for a segmented approach based on value. I believe the value for these ‘advantaged’ products (P&G’s term) is still there. This is more the approach WalMart is smartly taking now with apparel.

“5. The really big losers were the venture capitalists who took a billion dollar bath funding dozens of RFID companies who later went under or sold for pennies on the dollar, as the WalMart bonanza never occurred. But their contributions pushed the technology along dramatically faster than would have happened without WalMart’s unsuccessful program., the benefits of which others are enjoying today.”

Marisa Brown, director of APQC Knowledge Center, and Rob Spiegel, a knowledge specialist report, “Research shows that more than 60 percent of organizations do not yet have an RFID tagging program in place.” [“When the Benefits Are There, Why Don’t More Companies Use RFID Tagging?” SupplyChainBrain, 17 February 2011] They go on to report, “Many of the organizations that have implemented RFID have done so to satisfy customer compliance demands and have not used their RFID systems to enhance their own warehouse and logistics operations.” With over a billion dollars already invested in the technology, I doubt that the technology is dead (or dying). In fact, the folks at SupplyChainBrain insist that “RFID is still in its early adoption stage.” The primary benefit of adopting an RFID strategy, they write, is “improved distribution processes.” They explain:

“Working with the Council of Supply Chain Management Professionals (CSCMP), APQC is able to bring additional information to light on the question of the benefits of RFID. Research co-sponsored by CSCMP, the Voluntary Interindustry Commerce Solutions Association, and the University of Arkansas found that RFID used at the pallet and case level shows benefits in reduced stockouts and improved inventory accuracy, which is one of the keys to an efficient and effective supply chain.”

The article goes on to describe a retailer’s worse nightmare — an unsuspected out-of-stock situation — and how RFID tagging “is able to eliminate ‘frozen’ inventory.” It explains:

“In some out-of-stock situations the system ‘thinks’ ample product is available when it is not. The inaccuracy could cause the system to not place a re-order for the product. Consider an example where the system thinks it has six units of inventory, the re-order point is five units, and the store actually has none. Since the store can’t sell what it doesn’t have, the number in the system will not get checked, e.g., it’s frozen, and no re-orders will be placed. This is the ultimate out-of-stock situation – the store has no product and will not order any product because the system thinks it has more than the re-order point. In the retailer in this study, after implementing RFID, the number of frozen items dropped to zero and stayed there. With RFID, in this case, all occurrences of frozen out-of-stocks have been eliminated.”

Based on current research, reporters at SupplyChainBrain conclude:

“The use of RFID in the retail space has potential benefits for customer service. Accurate and timely information about product order, delivery, location, and stock level help retailers to have the products their customers want when they want it.”

RFID technology also holds promise to help reduce retailer deductions for manufacturers. Joe McKinney, a Vice President at System Planning Corporation, wrote a column in 2005 “for a now defunct RFID magazine on a major cost savings opportunity for consumer goods manufacturers.” In that article, he “points to the opportunity of RFID to dramatically reduce the discrepancy between what a manufacturer thinks it shipped versus what the retailer says it received – leading to costly ‘invoice dedications’ from the retailer.” [“Was Reduction in Invoice Deductions the Magic Bullet for RFID in Consumer Goods to Retail?” Supply Chain Digest, 30 March 2011] This benefit alone, McKinney asserts, “could perhaps easily have driven an ROI for manufacturers from their RFID investment.” McKinney’s article is re-posted in its entirety in the Supply Chain Digest article.

For retailers and manufacturers, RFID technologies that use near-field communication (NFC) tags and inlays hold a lot of promise. “UPM RFID, a developer of technology tied to radio frequency identification applications, … is working with leading NFC smartphone manufacturers to ensure the interoperability of products.” [“UPM RFID Develops New Tags for Multiple Applications,” SupplyChainBrain, 12 May 2011] To learn more about near-field communication, read my post entitled The Age of Mobile Payments is Upon Us. Supply Chain Digest reports, “The tech industry is hot with rumors that Apple plans to announce a highly innovative use of RFID and ‘near-field communications’ when it releases a new, fifth generation version of its iPhone.” [“Not Clear What it Is, but Rumors Swirl that Apple is Building Major New RFID/Near Field Communications Innovation for iPhone5,” 1 March 2011] The article continues:

“Neil Hughes … notes that Apple has filed patents related to NFC technology, including one that concerns enabling users to obtain information about a range of products wirelessly and instantly. Examples of potential uses for the service, called ‘Products+,’ included obtaining information about a product to receiving promotions and coupons. That is increasingly being done using bar codes (QR Code), in which the scanner on a cell phones reads the code and launches a web page with such information and offers. What would be the advantage of an RFID-based approach to this technology? That isn’t clear, except that with RFID marketers could know precisely where the consumer was when the read/scan was made, which may provide some useful information to them.”

As Gilmore noted at the beginning of this post, the apparel industry is one area where RFID tagging is making headway. SupplyChainBrain reports:

“American Apparel, a vertically integrated clothing manufacturer and retailer based in Los Angeles, is ramping up its item-level tagging initiative, having just signed an agreement to deploy Xterprise’s Clarity Advanced Retail System (ARS) software at 50 of its retail locations—25 of which will be located in the United States, the remainder overseas—by the end of this year. This will bring the total number of RFID-enabled stores operated by the company up to 100. The firm, which attributes improved stock levels and store performance to the technology, has already deployed radio frequency identification at 50 of its retail stores, most located in the United States.” [“Clothing Manufacturer, Retailer Decides to Go All Out with RFID Implementation,” 2 May 2011]

In another article SupplyChainBrain reports:

“Hosiery and intimate apparel manufacturer Kayser-Roth is providing item-level RFID UHF EPC Gen 2 tagging of men’s socks packaging as the products are shipped to one of its customers. But rather than simply applying the tags merely to meet the retailer’s mandate, Kayser-Roth is testing and verifying them as well during product audits, using RFID readers at three specific points of manufacture to verify that the tag is working and to ensure that the correct tag has been applied to each product.” [“Apparel Manufacturer Takes First Steps Toward RFID Usage,” 17 May 2011]

I tend to agree with the analysts at SupplyChainBrain that “RFID is still in its early adoption stage.” Almost every respected supply chain analyst I’ve read predicts that supply chain visibility will be an essential differentiator in the future. RFID tagging is ideally suited to help provide some of that visibility for product lines that can afford to bear the costs of RFID tagging. 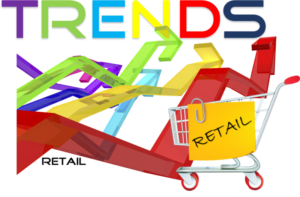