Home » Blockchain » Is Blockchain Fit for Function in the Supply Chain? 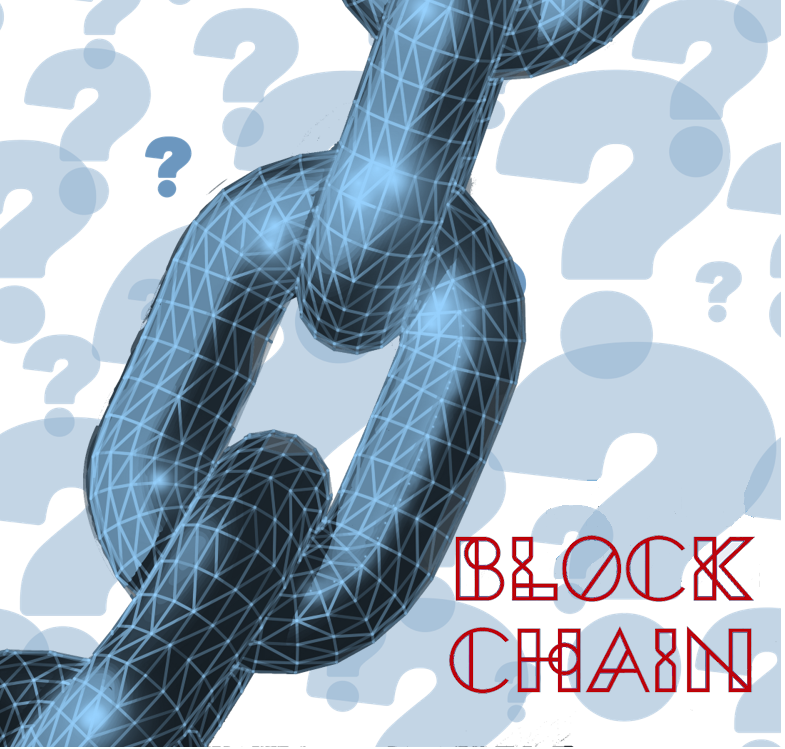 Is Blockchain Fit for Function in the Supply Chain?

Over the past few years, there has been a lot of hype about blockchain and its potential to make supply chains better. Not everyone, however, is a believer. For example, Kai Stinchcombe, CEO and co-founder of True Link Financial, bluntly asserts, “Don’t believe the hype. There are no good uses for blockchain. After 10 years of development, nobody has come up with a use for blockchain that has been widely adopted.”[1] Journalist Adrianne Jeffries (@adrjeffries) believes part of the problem is that understanding blockchain technology can be both confusing and difficult. She explains, “[The blockchain concept is] widely circulated, but poorly understood. The idea of a blockchain … is now being used to describe everything from a system for inter-bank transactions to a new supply chain database for Walmart. The term has become so widespread that it’s quickly losing meaning.”[2] Robert J. Bowman, managing editor of SupplyChainBrain, asks, “Is blockchain technology a natural fit for the supply chain? Or is it just ‘a solution looking for a problem’?”[3] If blockchain technology is going to find a home in the supply chain, people must understand how the technology works and what, if anything, it can achieve.

Jeffries writes, “There are countless blockchain explainers in text, audio, and video around the web. Almost all of them are wrong because they start from a false premise. There is no universal definition of a blockchain, and there is widespread disagreement over which qualities are essential in order to call something a blockchain.” She notes that the fundamental principle of blockchain technology is “the need to keep people honest in the absence of a central authority.” Given that no universally-accepted blockchain definition exists, Mike Gault, CEO of Guardtime, believes a simple definition is best. He suggested this definition to Jeffries: “[Blockchain is] an append-only data structure that contains data records that are cryptographically linked together. Data records are added to the data structure when multiple distributed parties come to consensus based on pre-agreed rules.”

Often, blockchain technology is described as a distributed ledger, which means a copy of the ledger is held by all stakeholders. Dave Food (@davefood), a consultant at Prophetic Technology, tries to describe blockchain attributes using nine facts.[4] They are:

Bowman’s questions remain relevant, “Is blockchain technology a natural fit for the supply chain? Or is it just ‘a solution looking for a problem’?”

Is Blockchain a Good Fit for the Supply Chain?

At first glance, Bowman notes, blockchain seems like a great fit for use in supply chains. He explains, “By definition, organizations must reach out to a wide variety of external partners to execute the stages required to manufacture product and get it to market. Collaboration is a must. So is the need to insure the integrity and timeliness of key data, such as sales and payment records, and to be able to track product all the way from raw materials to final delivery to the end customer. And for that purpose, blockchain would seem ideal.” You can almost feel a sense of reluctance and skepticism in Bowman’s remarks. He adds, “For most companies, blockchain remains a concept in its infancy. The high cost of entry and complexity of the technology make adoption a daunting proposition.”

Tech reporter Roberto Torres (@TorresLuzardo) suggests companies do their homework before embarking on a blockchain project. He writes, “Not all applications of blockchain technology are created equal. Specific resources and capabilities must match the use cases or adoption will falter. … The success of blockchain application in enterprise depends on alignment between the context of the problem at hand, the capabilities of the specific technology and the resources deployment would require. Failing to balance these three elements means a mismatch between the technology and the problem it’s suited to solve, a disconnect that can lead to further sunken costs and friction during adoption.”[5] Torres notes that Gartner, using information from the National Institute of Standards and Technology (NIST), “crafted a decision tree to guide leaders as they navigate distributed and centralized ledger technology.” If you are thinking about implementing a blockchain solution, you might find the decision tree a handy tool. 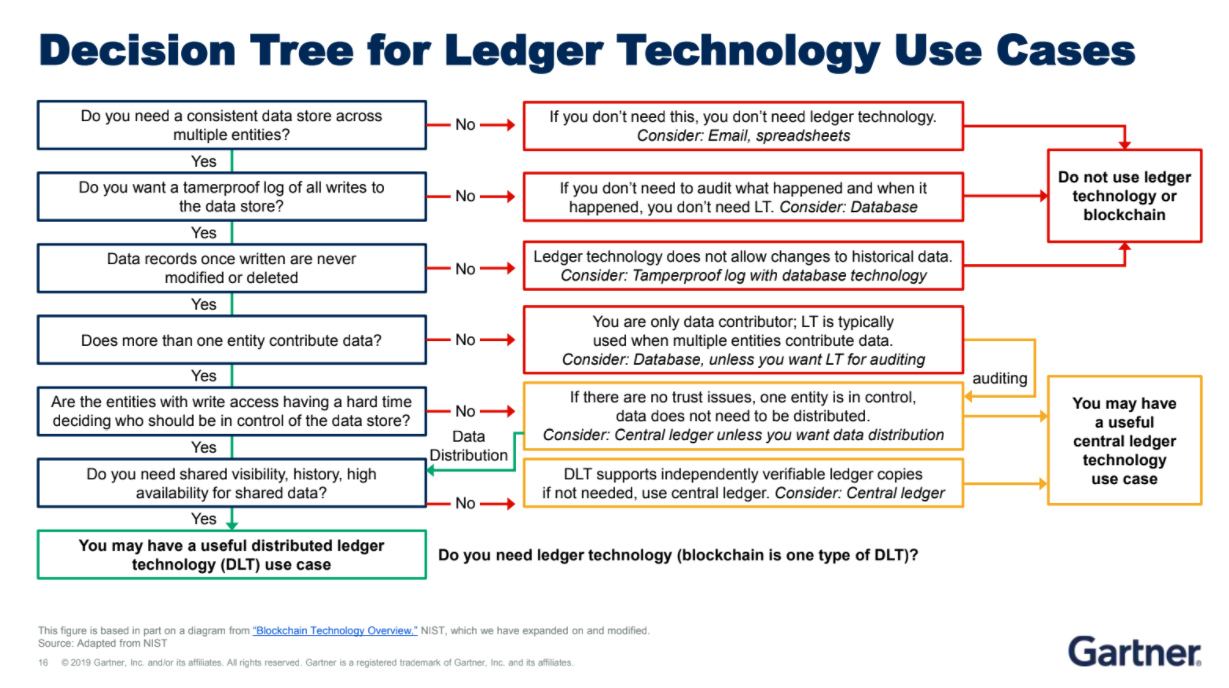 Rob O’Byrne (@LogisticsBureau), CEO the Logistics Bureau, notes, “While there is still some question as to whether blockchain technology can live up to the hype it has generated, it is making inroads into the supply chain environment.”[6] He also reports that companies who are using the technology are primarily using it “as an aid to supply chain visibility and product tracing, but some have applied it as a tool to streamline transactions and speed up the flow of information, goods, and materials.” Read his article if you are looking for real-world blockchain use cases. Analytics expert Kamalika Some believes the future of blockchain in the supply chain is bright; especially in the areas of visibility, tracking, and tracing. She writes, “Blockchain guarantees a feasible solution for inventory network issues by offering unmatched digitization benefits. Blockchain helps consumers to verify the authenticity of purchased goods through a blockchain-enabled supply chain. Products can be accurately tracked across different origin locations and stages in a supply chain process.”[7]

Although blockchain technology looks like it might be a good fit for the supply chain, it has challenges that must be overcome. The first challenge is standards. As Gault observed, “Parties [must] come to consensus based on pre-agreed rules.” Bowman also acknowledges, “One potential obstacle is the absence of standards for communicating within a blockchain.” Standards are a problem Bowman notes, because “a large manufacturer might have thousands of partners that need to be included. The basics of blockchain should be nailed down and validated before rolling it out to the entire universe of suppliers.” Another challenge is scalability. Using bitcoin as an example, Stinchcombe notes, “Visa can handle sixty thousand transactions per second, while Bitcoin historically taps out at seven.” That could be a problem in a large supply chain blockchain system; although, most supply chain systems probably won’t match the size of a large cryptocurrency ledger. The bottom line is that blockchain has yet to prove itself fit for purpose in the supply chain — but use cases look promising.