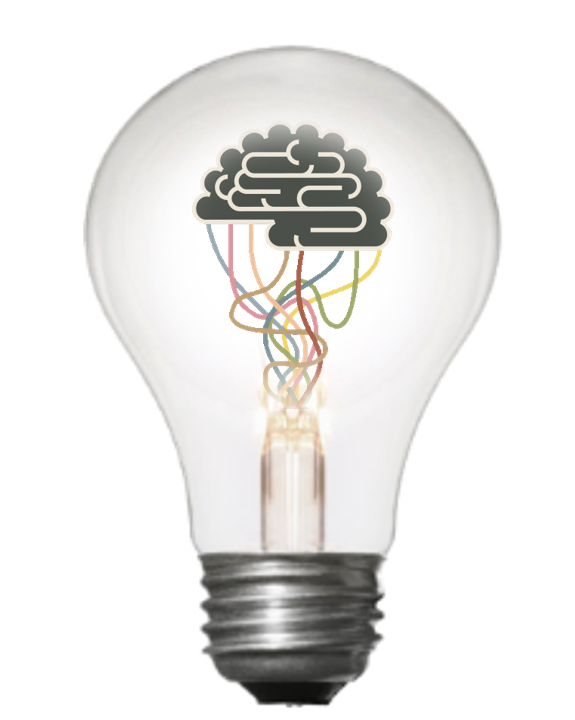 The phrase “May you live in interesting times” is either an English blessing or a Chinese curse. You choose. Whether you consider it a blessing or a curse, the fact of the matter is we do live in interesting times. I’m not talking about the crazy political climate but the amazing digital age that is unfolding all around us. People now have access to more information than ever before, they can reach out to more people than at any time in history, and they can create prototypes in ways that were once confined to the realm of science fiction. Given those realities, it should come as no surprise that some pundits insist the processes companies use to innovate need to change with the times. Another saying that has been around for hundreds of years is “knowledge is power.” According to Wikipedia, “the expression ‘ipsa scientia potestas est (‘knowledge itself is power’) occurs in Sir Francis Bacon’s Meditationes Sacrae (1597). The exact phrase ‘scientia potentia est’ [‘knowledge is power’] was written for the first time in the 1668 version of the work Leviathan by Thomas Hobbes, who was secretary to Bacon as a young man.”[1] In the information age, Jay Rogers (@johnbrogers), CEO and Co-Founder of Local Motors, insists, “Never before in history has knowledge been able to have so much power.”[2] So how can companies use that power to innovate?

Tucker J. Marion (@INUvation), an associate professor in Northeastern’s D’Amore-McKim School of Business, and Sebastian K. Fixson (@SebastianFixson), an Associate Professor of Technology and Operations Management at Babson College, insist that companies can and must leverage new technologies to innovate in ways more attune to the digital age.[3] They explain:

“Over the last 20 years, digital design and collaboration tools have fundamentally altered how firms approach innovation. In the pre-digital era, product and service development was usually conducted by experts working inside firms or through expert vendors hired by those firms. Today, aided by digital design and fabrication tools on the one hand and social networking communities and collaboration/sharing tools on the other, an expanded ‘innovation landscape’ is marked by new forms of participation and ownership, with new participants entering new markets and new arrangements of collective innovation. The good news, of course, is that this expanded landscape creates an opportunity-rich environment for firms to innovate. The bad news is that these opportunities also create some new challenges. Managers need a framework for navigating this new landscape and harnessing the power of these new tools.”

Collaboration (both internal and external) appears to be the foundation upon which new innovation processes are built. Rogers notes, “The ability to reach across disciplines, time and space and to work together is rapidly accelerating. Naturally, the pace of discovery has picked up. With every change in communication pathways over time, collaboration has benefited.” Marion and Fixson assert they “have identified four distinct innovation modes. Each mode is characterized by its own set of stakeholders and interaction dynamics, along with specific ways that companies can achieve a competitive advantage.” The first mode is the specialist mode.

The specialist mode — “In the specialist mode, companies will create new products and services by pushing the envelope of product performance, with improvements allowed by digital design. In this mode, high-risk, high-reward projects are typically developed and commercialized by formal organizations, using either hierarchy (in-house) or markets (out-sourced) as organizing mechanisms. … One [of the] challenges with the specialist mode is that companies must build these technical capabilities in-house to prevent imitation from competitors; to attract and retain top talent; and to maintain process rigor in the an era of increasing design churn.”

Another challenge of the specialist mode is ensuring that a “not invented here” mentality doesn’t stifle other potential paths to innovation. The second mode identified by Marion and Fixson is the venture mode:

The venture mode — “The venture mode expands the flexibility and speed with which innovators act. These can be individuals inside corporations, but also entrepreneurs, tinkerers, and do-it-yourselfers who tend to assemble the necessary resources by using intermediate services which provide access to specialized tools and skills. Advancements in digital design tools have drastically lowered the entry barriers and allowed many more to participate in this mode. For managers of more established firms, this mode can allow small, entrepreneurial teams to develop new product and service ideas and test them at low cost. These internal ‘startup’ teams can help seed traditional concept funnels with ideas that are more advanced in terms of design and concept testing than traditional methods. One challenge for firms active in the venture mode is to quickly identify, select, and assemble necessary resources. These markets are often moving fast, and the ability to protect the business through intellectual property is often limited, so the most powerful competitive advantage is high velocity.”

I would have called this the “Skunk Works plus” mode. In 1943, at the height of the Second World War, Lockheed needed a faster way to develop new aircraft. As a result, the company created an organization called Skunk Works, which used small groups and advance funding to work with little interference from its corporate parent, and it managed to build a new fighter jet in just 143 days. Had that team been equipped with today’s technologies, who knows how much faster they could have built a new fighter. The third mode identified by Marion and Fixson is the community mode.

The community mode — “The third mode of the new innovation landscape attracts large numbers of new entrants due to the low barriers of entry and includes — at least in part — a trust-based form of organizing. … Similar to open innovation, the setting of organizational and decision-making boundaries becomes substantially ‘fuzzy’ as collaborating with like-minded strangers becomes an integral part for some business models. … The opportunities for firms operating in this mode are potentially new forms of market development and user engagement. New ideas and closer ties with consumers can be the result of open innovation efforts. Managers operating in the community mode need to understand the challenges of maintaining, incentivizing, and capturing true value-added contributions from these communities.”

The community mode has a natural place in the so-called “gig economy.” Michael Contreras, director of SensisChallenges, explains, “Business models that fall under the ‘gig economy’ umbrella have been proven for business-to-consumer and peer-to-peer markets because they make it possible to crowdsource products and services from huge communities of people. Large online networks can also be some of the greatest sources of innovation. Led by the enterprise and government research and development verticals, this trend is growing rapidly because of a shift in focus from single-point services to the co-creation (collaborative innovation) model.”[4] The final mode identified by Marion and Fixson is the network mode.

The network mode — “The network mode is characterized by the high performance product design expertise seen in specialist firms with trust-based sharing behavior typical of communities and close vendor networks. The opportunity in this mode lies in the chance to build an innovation system where the whole is more than the sum of its parts. Bringing together the expertise from a wide range of disciplines and geographies, supported and enabled by advanced digital tools, allows the emergence of entirely new solutions, potentially one which would never emerge in traditional organizational set-ups. Rearranging organizational boundaries and new incentive structures are part of this opportunity. The challenges lie in how to successfully develop and manage the processes, which requires more coordination due to the greater levels of complexity. Building social norms, ensuring sufficient overlap, or at least information flow between designer and user communities, and orchestrating the actual work are no easy tasks.”

Herminia Ibarra (@HerminiaIbarra), a professor of organisational behavior at the Insead business school, recommends interacting with a wider circle of collaborators. She quotes the poet Rainer Maria Rilke who wrote: “I live my life in widening circles that reach out across the world.”[5] She continues:

“Widening circles on social media make for more novel business contributions, according to a recent report in MIT Sloan Management Review. In a study of five companies, authors Salvatore Parise, Eoin Whelan and Steve Todd found that employees with diverse Twitter networks — in which the people they followed were for the most part not following each other — had more highly rated ideas than Twitter users with more compact networks and people who did not use Twitter at all. Decades ago, the University of Chicago sociologist Ron Burt showed that what matters about a social network, whether face-to-face or virtual, is neither its size nor the prominence of its contacts but the extent to which it provides exposure to people and ideas you do not already know. People whose networks span what he calls ‘structural holes’ — meaning the gaps between groups of people — tend to be more innovative and successful.”

I would have added one more mode to Marion’s and Fixson’s framework — the cognitive computing mode. I believe that human/machine collaboration is going to be one of the defining characteristics of the digital age. Collaborating with computers will make the digital age an even more interesting time.