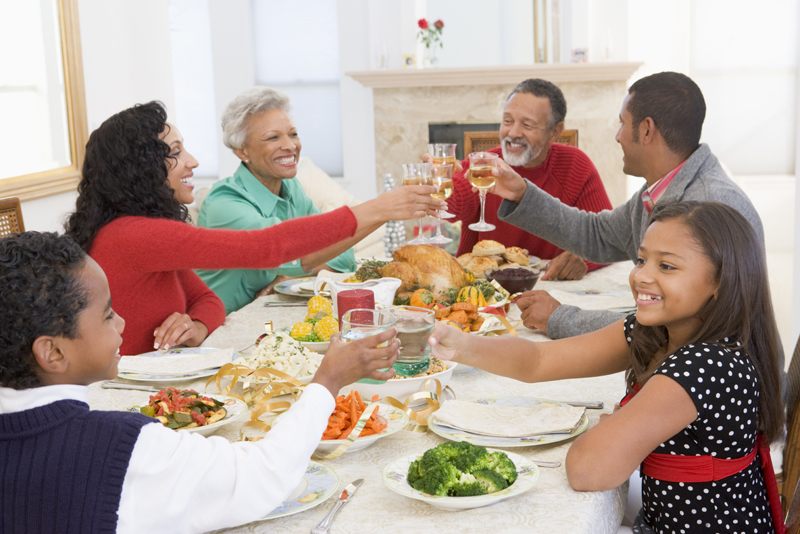 Grocers, like other retailers, are seeing the impact of inflation on consumer behavior. Emily Moquin (@emilybmoquin), a food and beverage analyst, reports, “Persistently high inflation in the grocery category has led to persistently high consumer concerns. The share of U.S. adults who say they are ‘very concerned’ about grocery inflation has remained high, even outpacing concern over inflation in general.”[1] Since food expenditures rank second, housing being first, and with food prices up 13% from a year ago, Moquin concludes that consumer concerns are more than justified. In response to these concerns, Moquin reports that consumers have changed their purchasing behavior in several ways. She writes, “The most common cost-saving actions are comparing prices and buying generic or store brands instead of name brands. Consumers have consistently relied on these tactics, but recently a growing number have been employing a different approach: buying less overall.”

In addition to comparing prices and purchasing fewer items, consumer behavior in recent months has changed in other ways as well. Grocery sector journalist Catherine Douglas Moran (@c_douglasmoran) reports that FMI, the Food Industry Association, has identified six consumer trends to which grocers should pay attention.[2] They are:

Trend 1. Omnichannel spending. “FMI has previously said that it expects omnichannel and hybrid shopping to remain a driving force. As grocers figure out how to serve customers both in-store and online, the trade group said … that e-commerce has inspired customers to move further away from using supermarkets as their ‘primary store’.”

Trend 2. Following ‘food rules’. During the pandemic, many consumers decided to eat healthier since they were eating out less. Eating healthier generally means a change in lifestyle, not simply going on a diet. According to FMI, “Dieting for weight loss is out and following personalized ‘food rules’ is in as shoppers navigate dietary approaches to grocery shopping.”

Trend 3. Trading up even as prices rise. Contrary to the trend noted by Moquin, FMI found, “While inflation and rising food prices are making grocery bills larger, some customers are also spending more on groceries by buying premium products. Among shoppers who are spending more on groceries now versus a year ago, 19% say this is due in part to buying higher-quality items.” FMI notes that shoppers in this category “tend to be higher income or parents.” Buying quality is especially noticeable in the area of fresh foods.

Trend 4. Purchasing prepared foods. Although consumers are watching their budgets, they still like convenience and variety. Some consumers are finding that convenience and variety in meal solutions offered by grocers. FMI reports, “When asked why they choose restaurants over grocery stores, 40% of 1,400 surveyed restaurant diners said they don’t want to cook. When asked why they didn’t choose fresh prepared food at a grocery store instead, 29% said they ‘didn’t think about it’ and 28% said the restaurant had better options.” FMI concludes, “While many grocers market their prepared sections as complements to meals, rather than replacements, … increasing customer awareness around hot bars and salad bars as they reopen can help nudge them toward the convenience of prepared foodservice items.”

Trend 5. Speeding up meal prep. Closely tied to the desire for convenience and variety is the desire to do less meal prep. Not every consumer enjoys preparing and cooking meals — they prefer the eating to the preparing. As a result, FMI notes that consumers are taking more time to plan their meals. “A majority of surveyed consumers said they plan their meals ahead of time. Thirty percent plan a ‘couple of days’ ahead while 46% plan same-day but earlier before the meal.” When it comes to meal prep, FMI reports, “Meal preparation is becoming faster: Thirty-seven percent of surveyed consumers in both 2020 and 2021 said it took an hour or more to prep, which dropped to 26% in 2022. Thirty percent said this year it takes less than 30 minutes to meal prep, compared to 18% and 15%, respectively, who said the same in 2020 and 2021.” Both grocers and CPG manufacturers can take advantage of the consumer desire to do less preparation.

Trend 6. Generations differ in their shopping behavior. It should come as no surprise that older generations and younger generations have different outlooks and preferences when it comes to food shopping. FMI reports, “While most U.S. shoppers tend to focus on attributes they want to cut out or cut back on, like sugar and salt, there can be generational differences between which health claims are top of mind. Older shoppers are more focused on ingredients to avoid while younger ones are seeking ‘positive inclusions’ such as organic or Fair Trade.”

Grocers need to keep in mind that “trends” are not necessarily “truths.” Trends are things to keep in mind, but keeping an open mind remains critical. For example, food journalist Samantha Oller (@OllerWriter) reports, “The one-third of shoppers who value cost over brand are not necessarily following expected patterns, according to a recent analysis of transaction data by Symphony RetailAI.”[3] She adds, “Price-sensitive consumers are shifting where they shop and what they’re buying, with implications for both food manufacturers and the retailers that stock their products.”

Food has traditionally been an integral part of holiday celebrations. Inflation, however, is affecting how consumers are planning their food celebrations — including food purchases relating to parties with friends and meals with families. The news is not all bad. Moran reports that a survey by FMI found, “More than two-thirds of survey participants said they will engage with the holidays ‘about the same’ as last year. … Shoppers said they generally plan to get together with more people, travel more and shop earlier than usual to a greater degree this year than they did last year, but are still worried about high food and gas prices and out-of-stocks.”[4] One item that could be in short supply and more expensive is turkey.

The staff at Clean Eating reports, “While most food prices have climbed all year long, there’s one particular item that’ll impact your wallet come November: turkey. Thanks to a national turkey shortage, this particular poultry is seeing prices rise even higher ahead of its most in-demand day of the year. All types of poultry are suffering from a supply reduction thanks to a rapidly-spreading avian influenza. This flu strain is responsible for the loss of 6.4 million turkeys in just eight months, and it’s still hitting commercial farms.”[5] They add, “It’s not just the main dish that’s seeing price increases ahead of the holidays. Staple ingredients and popular side dishes are also being hit by inflation, supply shortages, and other woes that are causing prices to rise.”

Apparently, empty store shelves are a major concern for the coming holidays. The FMI survey found, “50% [of respondents] said they will try preparing something different than they have in the past, while 36% said they will look for a new recipe and 23% said they will keep their plans without any substitutions. As for cost concerns, respondents reported more fragmented preferences to cope like looking for deals or sales (28%), buying more store brands (21%), and preparing more at-home dishes (20%). For both Thanksgiving and holidays in December, including Christmas, Hanukkah and Kwanzaa, an uptick in consumers who say they’ll prepare further in advance is a key takeaway, per the report. Thirty-seven percent of respondents said they will up shop further in advance than usual for Thanksgiving, up 4 percentage points from 2021, while 34% said the same for the December holidays, up 6 percentage points.”

A recent article published by the World Economic Forum ran under a headline declaring the global food supply chain dead.[1] I believe the headline is