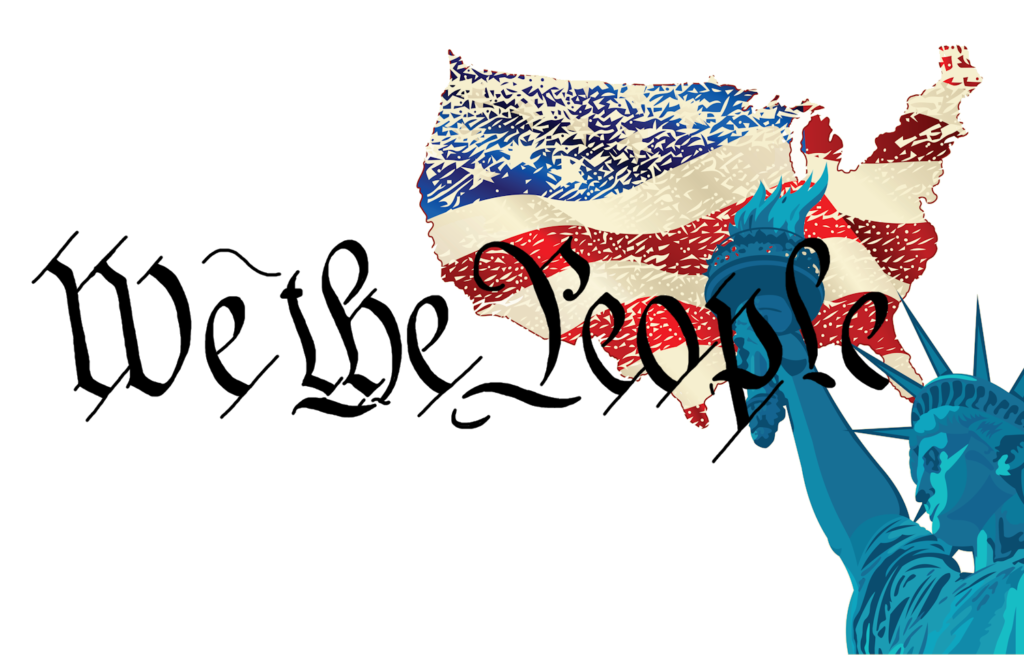 When Independence Day was first celebrated in America, it commemorated the dissolution of colonial political ties with the United Kingdom. Over the decades, however, the Fourth of July became a celebration of the country itself. Nevertheless, from the very beginning, there has been a tension ripping at the fabric of American democracy. That tension is caused when people perceive there are conflicts between individual rights and the common good. The roots of that tension are clearly evident in the Declaration of Independence, which first notes, “We hold these truths to be self-evident, that all men are created equal, that they are endowed by their Creator with certain unalienable Rights, that among these are Life, Liberty and the pursuit of Happiness.” That stress on individual freedom, is quickly backstopped by an appeal to the common good: “To secure these rights, Governments are instituted among Men, deriving their just powers from the consent of the governed.”

This tension between individual rights and the common good is also memorialized in the opening line of the U.S. Constitution: “We the People of the United States, in Order to form a more perfect Union, establish Justice, insure domestic Tranquility, provide for the common defense, promote the general Welfare, and secure the Blessings of Liberty to ourselves and our Posterity, do ordain and establish this Constitution for the United States of America.” Unlike the Declaration of Independence, the Constitution mentions the common good before it discusses individual rights. In recent years, it’s fair to ask whether Americans still believe in the concept of the common good. They certainly seem to be loosening their embrace of the concept.

A few years ago, Norman Jay Ornstein (@NormOrnstein), a political scientist and emeritus scholar at the conservative American Enterprise Institute, asked, “What is the common good?”[1] He observed, “The Latin root of ‘common,’ communis, is the same as the root of ‘community’; it evokes ‘shared,’ ‘ordinary,’ and ‘public’ all at the same time. In civic terms, the common good is the shared welfare of ordinary people — ordinary citizens working together for public ends.” In today’s hyper-partisan environment, defining what is a common good for the shared welfare of ordinary people seems almost impossible.

Ornstein notes, “Individual citizens have responsibilities to the community, and the community in turn protects, defends, and uplifts its citizens.” In recent years, there has been very little uplifting of citizens by so-called public servants. This loss of public civility has translated into increasingly bad behavior. Moderate political commentator David Brooks (@nytdavidbrooks) explains, “Not only is reckless driving on the rise, … but the number of altercations on airplanes has exploded, the murder rate is surging in cities, drug overdoses are increasing, Americans are drinking more, nurses say patients are getting more abusive, and so on and so on.”[2]

In order to return American democracy to the path intended by the founders, we need on tighten our embrace of the common good. Professor Maximilian Jaede (@DrMaxJaede), Head of Social Sciences at the University of Edinburgh, notes, “The common good has been an important concern of moral and political philosophy since ancient times, and a politics of the common good was often contrasted with
corrupt government and the pursuit of narrow self-interest. Pre-modern thinkers associated the common good with higher purposes and a virtuous life, which can only be realized in an ideal political community.”[3] More recently, he notes, “Modern theorists put greater emphasis on the political conditions under which individuals could pursue their personal ends.” This change is emphasis, I argue, has not been for the better. Brooks notes, “As Americans’ hostility toward one another seems to be growing, their care for one another seems to be falling. … Something darker and deeper seems to be happening as well — a long-term loss of solidarity, a long-term rise in estrangement and hostility. This is what it feels like to live in a society that is dissolving from the bottom up as much as from the top down.”

It may be Pollyannish to think things would get better if, before acting or reacting, people would pause and ask themselves, “What course of action best serves the common good?” That question lies at the heart of the so-called Golden Rule. Ornstein argues that a distrust in American institutions is one reason people no longer embrace the concept of the common good. He writes, “This distrust for institutions and leaders has been amplified by the sharp levels of ideological and partisan polarization that characterize American politics, especially but not exclusively at the national level.” Ornstein’s article is an introduction to a dedicated volume on the subject of the common good and American democracy. The entire volume deserves to be read. He notes that in one article by Amy Gutmann and Dennis Thompson, “They distinguish between compromise and finding common ground; the former, requiring negotiation and sacrifice, is more difficult to achieve, yet it remains a linchpin to American democracy.”

It seems to me, however, that compromise begins by finding common ground for the common good. In an article written with Thomas E. Mann, a Senior Fellow in Governance Studies at the liberal Brookings Institution they write, “[There is] a level of dysfunction in American political institutions
and processes that is dangerous to the fundamental legitimacy of decisions made by policy-makers, not to mention the ability of those policy-makers to act at all. Tribal politics at the national level has
metastasized to many states and localities, and has affected the broader public as well. The glue that binds Americans together is in danger of eroding.”[4] Sadly, they note, “There is no easy answer, no panacea. The problems are as much cultural as structural.”

Although many challenges are nation-wide, it becomes clearer every year that national politicians are incapable putting aside tribal politics for the common good. Hopefully, ordinary citizens will tire of the rhetoric, the bullying, the ideologues, and the inaction and start doing something about it on a grassroots level for the common good. The Britannica observes that is how Aristotle believed the common good could be achieved. It explains, “In Book I of the Politics, Aristotle asserted that man is political by nature. It is only through participation as citizens in the political community, or polis, provided by the state that men may achieve the common good of community safety — only as citizens and through active engagement with politics, whether as a public servant, a participant in the deliberation of laws and justice, or as a soldier defending the polis, that the common good can be achieved. Indeed, Aristotle argued that only matters of the common good are right; matters for the rulers’ good are wrong.”[5]

Much of what is happening on the national level is for “the rulers’ good” not the common good. On this Independence Day, we would do well to pause and ask ourselves, “What can I do to promote the common good?” If we could put aside unhealthy partisanship in favor of civil discourse, and seek the common good, there would be good reasons to celebrate with picnics, parades, and fireworks. 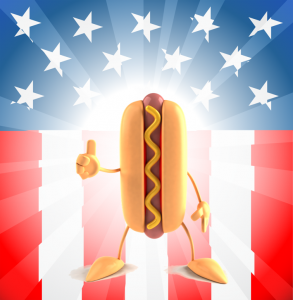