Home » Development » In the Pursuit of Happiness — Part 1: National Happiness

In the Pursuit of Happiness — Part 1: National Happiness

Benjamin Franklin once wrote, “The Constitution only guarantees the American people the right to pursue happiness. You have to catch it yourself.” Normally we think about happiness in terms of individual happiness; but, back in 1972 Bhutan’s former King, Jigme Singye Wangchuck, coined the term Gross National Happiness believing that it was more important than Gross National Product. Since that time, a number of surveys have been conducted to find out which populations are in fact the happiest. For example, “According to the World Values Survey … the happiest countries in the world are an eclectic mix of Nordic, Alpine, Maritime, and Tropical. Curiously, some of these most cheerful places are characterized by high taxes, rugged terrain, poor weather, or low income.” [“The (New) World’s Happiest Countries,” by Matt Mabe, Bloomberg BusinessWeek] According to the survey, the happiest country on earth is Denmark. Mabe reports that “the U.S. rated at a disappointing 16th on the list of happiest countries,” although Puerto Rico placed right behind Denmark.

In a recent article, The Economist asks, “Should governments pursue happiness rather than economic growth? [“The joyless or the jobless, 25 November 2010] The article continues:

“In 2006 Richard Layard, an economist at the London School of Economics, argued that unhappiness was a bigger social problem in Britain than unemployment. In the ‘Depression Report’, which he co-wrote, Lord Layard pointed out that more people were claiming incapacity benefits because of depression and other mental disorders than were on the dole. The subsequent recession fixed that. The jobless now outnumber the joyless—there is nothing like a drop in GDP to remind everyone how much this much-maligned metric matters. But despite the economic gloom, economists and policymakers have not lost their interest in happiness. This month David Cameron, Britain’s prime minister, asked the Office of National Statistics to measure the country’s ‘general well-being’, as part of his promise to focus on GWB not just GDP.”

The Prime Minister is probably interested in the mood of the UK because his government, like many other developed countries, is having to pursue some rather dramatic austerity policies in order to right the country’s economic boat. The article continues:

“Lord Layard has long argued that GDP is overrated as a gauge of a country’s well-being. Once an economy reaches an income per person of about $15,000 (measured at purchasing-power parity), economic growth ceases to add to happiness, he says. America, for example, is considerably richer than Denmark, but Americans are no more satisfied with their lives. His claim was echoed in ‘The Spirit Level’, a recent book by two British academics, Richard Wilkinson and Kate Pickett.”

The article notes that not everyone agrees with Layard on this point. It explains:

“Influential though it may be, Lord Layard’s argument does not make everyone happy. Justin Wolfers of the Wharton School at the University of Pennsylvania says he has read this claim ‘literally hundreds of times and it irritates me so much’. He and Betsey Stevenson, also at Wharton, have never found a formal statistical test of the proposition. Angus Deaton of Princeton University also doubts the claim. It is based, he points out, on charts similar to the one below, which plots national well-being against absolute levels of per person income. In the chart shown, each increment represents an extra $10,000. Sure enough, well-being rises steeply with income, then levels off, just as Lord Layard contends.” “But all the chart really shows is that an extra dollar is worth less to the rich than to the poor. The interesting question is whether the same percentage increase in income means as much to a rich country as to a poor one. Economic growth, after all, is normally expressed in proportional terms: we say GDP grew by 1%, not by $1 billion. The chart on the right-hand side shows the same data plotted on a logarithmic scale, so that each increment represents a 100% increase in income per head. It shows that the relationship between income and well-being remains fairly steady, from the poorest countries to the richest.”

Before continuing with arguments raised by The Economist, I’d like to turn to the work of analysts that have examined the World Values Survey data [“Development, Freedom, and Rising Happiness,” by Ronald Inglehart, Roberto Foa, Christopher Peterson, and Christian Welzel, Perspectives on Psychological Science, Volume 3—Number 4, 2008]. They write:

“Until recently, it was widely held that happiness fluctuates around set-points, so that neither individuals nor societies can lastingly increase their happiness. Even though recent research showed that some individuals move enduringly above or below their set-points, this does not refute the idea that the happiness levels of entire societies remain fixed. Our article, however, challenges this idea: Data from representative national surveys carried out from 1981 to 2007 show that happiness rose in 45 of the 52 countries for which substantial time-series data were available. Regression analyses suggest that that the extent to which a society allows free choice has a major impact on happiness. Since 1981, economic development, democratization, and rising social tolerance have increased the extent to which people perceive that they have free choice, which in turn has led to higher levels of happiness around the world, as the ‘human development’ model suggests.”

In other words, Inglehart, Foa, Peterson, and Welzel seem to be arguing that it is freedom of choice rather than financial well-being that increases national happiness. The bottom line is that despite decades of study on the subject of happiness what to measure and how to measure it appears to remain debatable. The Economist continues:

“[The data] suggests that governments cannot afford to ignore growth, even if they seek the happiness of their citizens, rather than their prosperity. But is happiness, in fact, the right goal for governments? Lord Layard is an unapologetic follower of Jeremy Bentham, a philosopher born in 1748 who thought that enlightened policymakers should seek the greatest happiness of the greatest number of people.”

The article points out that happiness “makes an appearance in America’s founding documents” but stresses the same point that Benjamin Franklin made centuries ago: “The Declaration of Independence does not say that government should pursue the happiness of its citizens, only that it should secure its citizens’ unalienable right to pursue it for themselves.” The World Values Survey, as the title suggests, deals more directly with values than happiness. Christian Welzel, a professor of political science at the International University Bremen and one of the authors of the study cited above, asserts that people’s value orientation makes a difference in outlook and perspective [“A Human Development View on Value Change,” PowerPoint presentation]. He writes:

“Variation in people‘s prevailing value orientations is enormous, yet in many aspects it can be boiled down to just two dimensions of cross-cultural variation:

When these two dimensions of cross-cultural variation are combined they obviously can produce a wide variation in individual and communal behavior that result in differing individual or communal perspectives. Welzel offers his view of what happens when the extremes are combined. He writes:

The implication is that the closer one moves to the ideal of human choice the happier an individual and community (or nation) becomes. It would seem, as a result, that a government’s proper role in helping foster national happiness is to ensure that its citizens have freedom of choice. The Economist, however, asserts that, even given freedom of choice, many people may make the wrong choice becoming less not more happy. The article explains:

“If people do not know what will make them happy (just as if they do not realize that smoking kills or calories fatten) governments could helpfully tell them what might. If people know what is best for them, but lack the self-discipline to choose it, some governments might also be tempted to nudge their citizens in the right direction. Mr Cameron’s party has flirted with the idea of soft paternalism advocated by Richard Thaler and Cass Sunstein in their book ‘Nudge’. The book suggests lots of ingenious ways to help people choose what they would choose for themselves, if only they had the know-how and the willpower.”

One of the problems with politics in America today is that politicians seem to have forgotten how “to nudge their citizens” preferring to push them either hard to the right or hard to the left. The Economist goes on to report that, even in the best of circumstances, people will sometimes continue to make bad choices that lead to unhappiness. It concludes:

“Sometimes people have the knowledge and the self-command to choose happiness, and they still fail to do so. That is the surprising finding of a recent study by Daniel Benjamin, Ori Heffetz and Alex Rees-Jones, three economists from Cornell University, and Miles Kimball of the University of Michigan. They persuaded hundreds of people to answer conundrums such as: would you rather earn $80,000 a year and sleep 7.5 hours a night, or $140,000 a year with six hours’ sleep a night? About 70% of people said they would be happier earning less money and sleeping more. Likewise, almost two-thirds would be happier making less money and living close to their friends, rather than more money in a city of strangers. In response to another question, over 40% said they would be happier paying twice the rent to enjoy a shorter commute of ten minutes, rather than 45. These findings support the notion that money isn’t everything. But ask people what they would actually choose, as opposed to what would make them happy, and their answers can sometimes surprise: 17% of those who say they would be happier sleeping for longer and earning less also say they would still choose the higher-paying job; 26% of those prizing short commutes over low rents would still take the cheaper home; and 22% of those who value friends over money would still move to where the money is.”

In part two of this discussion of happiness, I will examine a number of studies and articles dealing with personal rather than national happiness. In conclusion, however, I would like to look at one other study that demonstrates why coming up with national policies that promote personal happiness are so difficult to find. Among the arguments presented above is the notion that freedom of choice leads to greater happiness. It follows that the more information a person is able to access the greater the number of informed choices he or she is able to make. Luigino Bruni and Luca Stanca argue, however, that increased access to information (in this case television) can raise aspirations beyond any reasonable ability to attain them with the result being decreased happiness [“Income Aspirations, Television and Happiness: Evidence from the World Values Surveys,” Working Paper Series, No. 89, Department of Economics, University of Milan-Bicocca, June 2005]. They write:

The conundrum for governments is obvious — do you restrict access to information in order to keep aspirations in check or do you permit full access to information knowing that it will create some discontent? One doesn’t have to look very far to find government policies that reflect one or the other positions. In the end, however, it is not nations that are happy or unhappy it is individuals. As I noted above, in the next post I will discuss some thoughts on individual happiness. 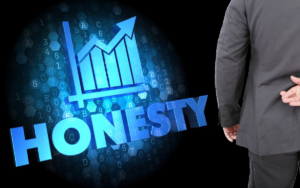