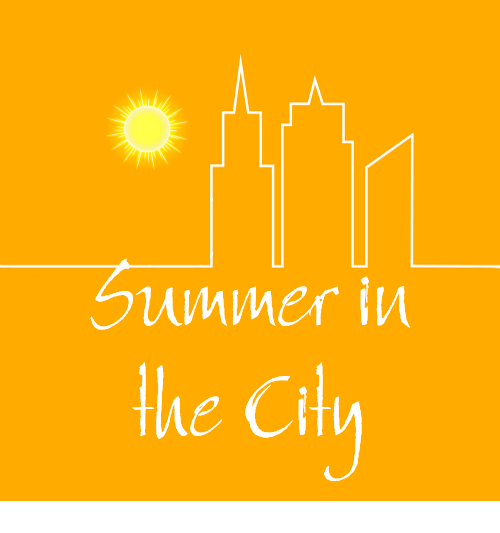 Hot Town, Summer in the City

The western United States is suffering from wildfires and severe drought while floods have affected the east and south. Floods have also ravished parts of Germany and China. All tolled it’s not been the summer people had hoped it would be. Back in 1966, the Lovin’ Spoonful recorded their classic song “Summer in the City.” The lyrics include:

Hot town, summer in the city
Back of my neck gettin’ dirty and gritty
Been down, isn’t it a pity?
Doesn’t seem to be a shadow in the city
All around, people lookin’ half dead
Walkin’ on the sidewalk, hotter than a match head

Fifty-years later, the song almost seems prophetic. In 1970, a few years after the Lovin’ Spoonful recorded “Summer in the City,” Canadian recording artist Joni Mitchell recorded a song entitled “Big Yellow Taxi.” The most famous stanza from that song goes:

Several years ago journalist Jason Plautz (@Jason_Plautz) reported on the findings of a report published by the United Nations Intergovernmental Panel on Climate Change (IPCC). He wrote, “Humans must change the way the world’s land and water resources are used to avert a climate crisis, an effort that includes cities. … Cities cover less than 1% of the world’s surface, but house 50% of the population and generate about 75% of the global total carbon emissions from energy use, according to studies cited in the report. Urban sprawl could consume as much as 5% of current cultivated land by 2050.”[2] As hard as it is to imagine, the heat islands created by areas covering 1% of the Earth’s surface can have a significant impact on climate change.

Journalist Daniel Cusick (@dcusickmpls) observes, “The world’s largest cities have been razing tree canopy and hardening natural landscapes for decades, often to the detriment of the urban poor, racial and ethnic minorities, and, increasingly, climate migrants.”[3] The EPA notes, “Climate change will likely lead to more frequent, more severe, and longer heat waves during summer months.” And, like Cusick, the EPA observes, “Extreme heat events often affect our most vulnerable populations first.” The agency offers a few suggestions about what cities can do to reduce the urban heat island effect. They include:

• Create green spaces. The staff at #forestproud believes one answer to urban heat and other climate change challenges is actually found beyond urban environs — in forests. They note, “Forests represent the most effective, scalable, and sustainable ‘technology’ we can employ as we rise to meet the challenges of a rapidly urbanizing population.”[4] While planting forests may be a good idea, the EPA notes, “Space in urban areas might be limited.” Therefore, the agency suggests, “You can easily integrate small green infrastructure practices into grassy or barren areas, vacant lots, and street rights-of-way.” The agency is especially keen on creating tree canopies to help reduce heat challenges. “Make traditional water quality practices serve double duty by adding trees in or around roadside planters and other green infiltration-based practices to boost roadside cooling and shading. Transform your community one project at a time by planting native, drought-tolerant shade trees and smaller plants such as shrubs, grasses, and groundcover wherever possible.” Cusick reports many large cities are accepting the challenge to ensure “that 30% to 40% of total built-up surface area is green space or permeable surface by 2030.”

The staff at the C40 Knowledge Hub and McKinsey & Company analysts suggest nature-based solutions could have a significant impact on the reduction of urban heat islands and other climate-related challenges. They note, “Nature-based solutions are critical to adaptation and comprise some of the most attractive actions both in terms of their impact on reducing risks and their feasibility. Nature-based solutions include the planting of street trees, river catchment management, blue and green urban drainage solutions and coastal nature-based barriers. Crucially, nature-based solutions often have benefits beyond adaptation, including for carbon sequestration, health and wellbeing, and economic prosperity.”[5] They created the following graphic to support their arguments. 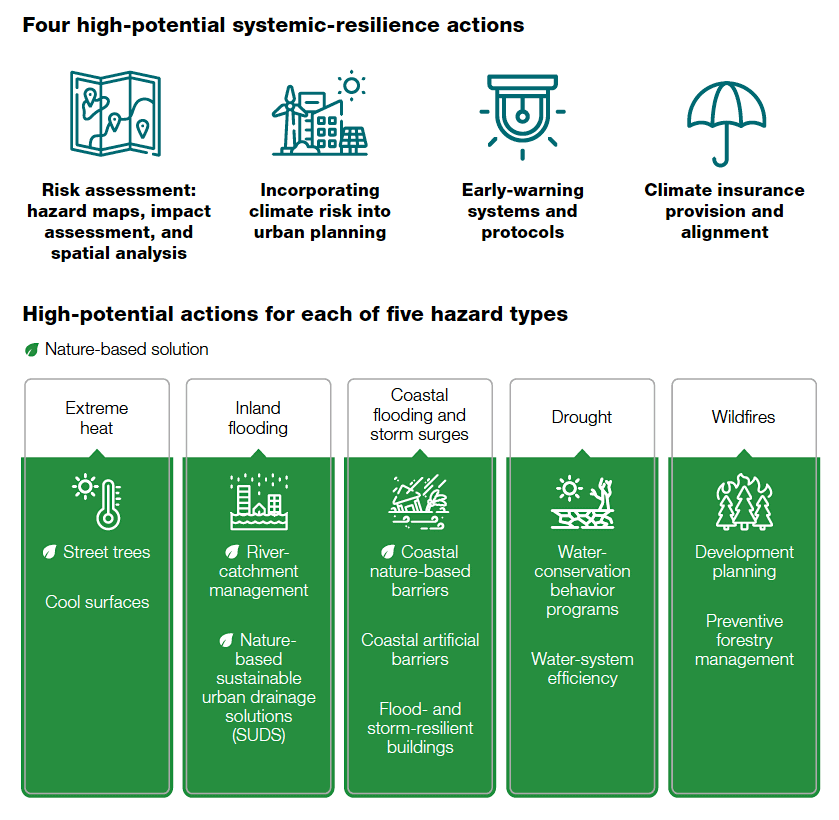 Brodie Boland (@brodieboland), partner at McKinsey and leader of McKinsey’s work on climate risk in the real estate and infrastructure sectors, states, “There’s no ‘one-size-fits all’ approach to adaptation and identifying the right steps to take can be daunting.” Nevertheless, he urges cities to act quickly. He asserts, “There is limited time and resources available for cities to adapt.”

Scientists have been raising concerns about climate change for decades — unfortunately, with little effect. I suspect many cities have been waiting for national governments to act. However, Oliver Harman, Cities Economist at the International Growth Center, notes, “It has been well touted that climate change will be won or lost in cities.”[6] It’s a proven fact that cities use resources more efficiently that rural areas; nevertheless, they can and must do better. Mark Watts, C40’s executive director, said, “Supporting and protecting cities’ natural ecosystems is one of our most important tools for building resiliency against the climate crisis and creating the healthy, inclusive urban communities we deserve.”[7]