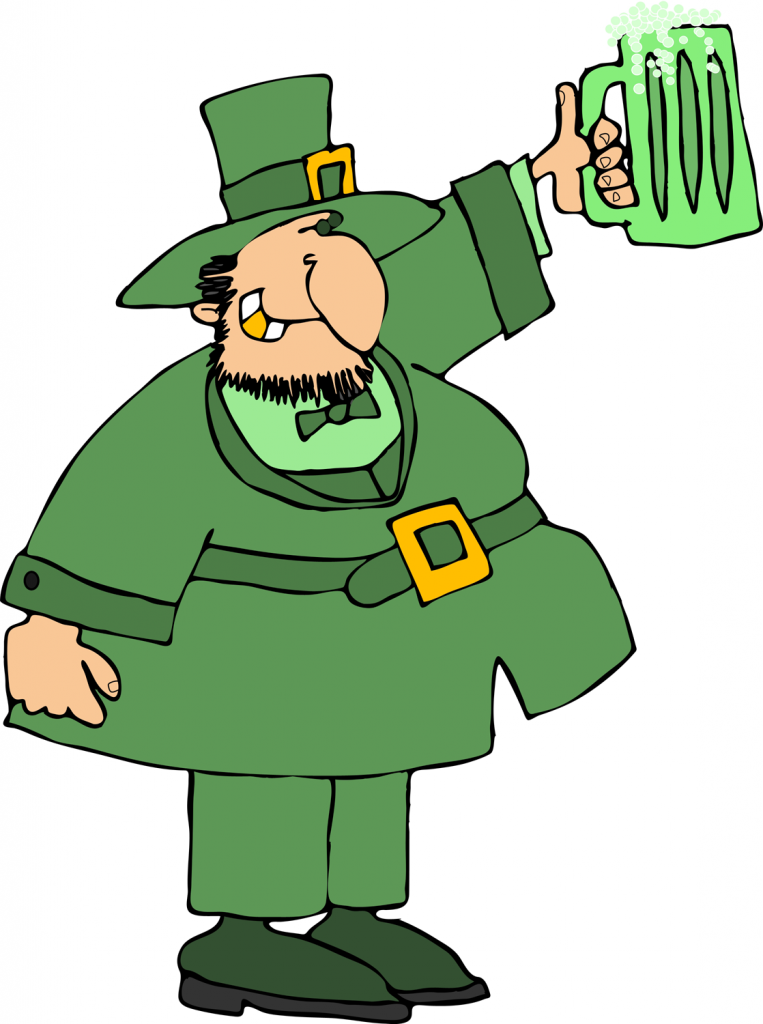 Today people in the U.S. celebrate being Irish or Irish-at-heart; however, it hasn’t always been top-of-the-mornin’ for the Irish in America. The Great Irish Famine devastated Ireland from 1845 to 1849. As a result, the population of Ireland dropped from 8 million people before the famine to 4.4 million in 1911. Many of the Irish who didn’t perish during the famine, emigrated to America — ending up in cities like New York. It was common during the mid- to late-1800s to see help wanted ads or signs contain the phrase: “No Irish need apply.” A want ad published in The New York Times on 10 November 1854 was typical. It read: “Girl Wanted — In a small private family — a young girl, 14 or 15 years old, either America or German, to take care of a young child. She must have good references. Wages $3 a month. No Irish need apply.”[1] Hundreds of other ads carried similar sentiments, but in subtler ways, like specifying a desire for Protestant or American applicants. Fast forward a century. Today, somewhere around 90 million Americans of non-Irish descent join the 35 million Americans with Irish ancestors to celebrate St. Patrick’s Day. This figure represents around 25 times the number of people actually living in Ireland today.

Veronica Turk (@AmongCat) writes, “Saint Patrick’s Day has been a major holiday for Americans going back to well before America split off from Great Britain. In fact, it might surprise you to know that the first St. Patrick’s Day parade was actually held in Boston in 1737, not in Dublin. On St. Patrick’s Day, much of America celebrates Irish culture by wearing green, cooking an Irish meal, or hitting the town for a pub crawl and some Guinness. This means that supply chains have their work cut out for them to deliver St. Patrick’s Day specific products across the country.”[2] The 2019 National Retail Federation’s St. Patrick’s Day survey conducted found participants planned to spend between $5 and $6 billion to celebrate by wearing green for luck, decorating their homes, or enjoying a festive meal or drink with friends.[3] Considering the troubled past many Irish have endured, you might wonder where the phrase “luck of the Irish” originated. Angela Tung (@tung_angela) explains it has roots in both good fortune and prejudice.[4] She explains:

“The phrase luck of the Irish is commonly thought to mean ‘extreme good fortune.’ However, according to Edward T. O’Donnell, an Associate Professor of History at Holy Cross College and author of ‘1001 Things Everyone Should Know About Irish American History’, the term has not an Irish origin but ‘a happier, if not altogether positive,’ American one. ‘During the gold and silver rush years in the second half of the 19th century, a number of the most famous and successful miners were of Irish and Irish American birth. … Over time this association of the Irish with mining fortunes led to the expression “luck of the Irish.” Of course, it carried with it a certain tone of derision, as if to say, only by sheer luck, as opposed to brains, could these fools succeed.’“

Most of us today would be happy to have a bit of Irish luck rub off on us. The Covid-19 outbreak is going have a significant impact on how people celebrate; especially, supply chain professionals providing St. Patrick’s Day products. In normal times, the staff at Supply Chain X explains the day is usually marked by consumption of beer and corned beef. They write, “It will likely come as no surprise to most readers that St. Patrick’s day is one of serious consumption. It’s the fourth biggest drinking day of the year, after New Year’s Eve, Christmas, and the Fourth of July. Guinness, the Irish brewing giant, sees an enormous spike in purchases around St. Patrick’s day — sales rise to nearly twice that of a typical day. All told, more than 13 million pints of the dark beer are consumed across the globe on St. Patty’s Day — enough Guinness to fill 60% of the Empire State Building. The effect of St. Patrick’s Day on food consumption is also profound. Corned beef and cabbage distributors see sales spike so drastically in mid-March that the holiday is considered that industry’s ‘Christmas.’ Only 5% of Americans consume corned beef on a regular basis (‘regular basis’ here meaning around three or four times a year), but more than 30% enjoy the traditionally Irish dish on St. Patty’s day. Vendors of corned beef prepare weeks in advance for the surge, which can put a heavy strain on supply chains, as well as vendors and grocers who don’t usually see such high demand for their product.”[5] Unfortunately, this year will be an exception.

And don’t forget clothing. George Reyes writes, “The clothing industry also has an in on the holiday. In 2015, 82 percent of celebrants wore green. Interestingly, the Irish tradition is to wear the colors of the Irish flag: green, white and orange. In the U.S., however, the tradition is all green.”[6] If green isn’t your favorite color, you might try getting away wearing blue. Kelli Saunders explains, “Although green is associated with the holiday today, it wasn’t always the case. For many years, blue was the color most often associated with St. Patrick as green was considered unlucky. St. Patrick’s blue was considered symbolic of Ireland for many centuries and the Irish Presidential Standard is still blue. Green became associated with Saint Patrick’s Day because it is the color of spring, of Ireland, and of the shamrock.”[6]

Reyes concludes, “The above statistics do not even address the packaging and transporting of the holiday-themed parade and party supplies. Twenty-three percent of Americans will decorate their home or office to get in the spirit. Hallmark confirms that 100 different cards are developed for this holiday and statistics reveal that seven million St. Patrick’s Day cards are exchanged.” If you plan on celebrating, please do so safely and raise a pint to country being celebrated by toasting Erin go Braugh or Ireland Forever. Just remember you have to get through the rest of the work week!