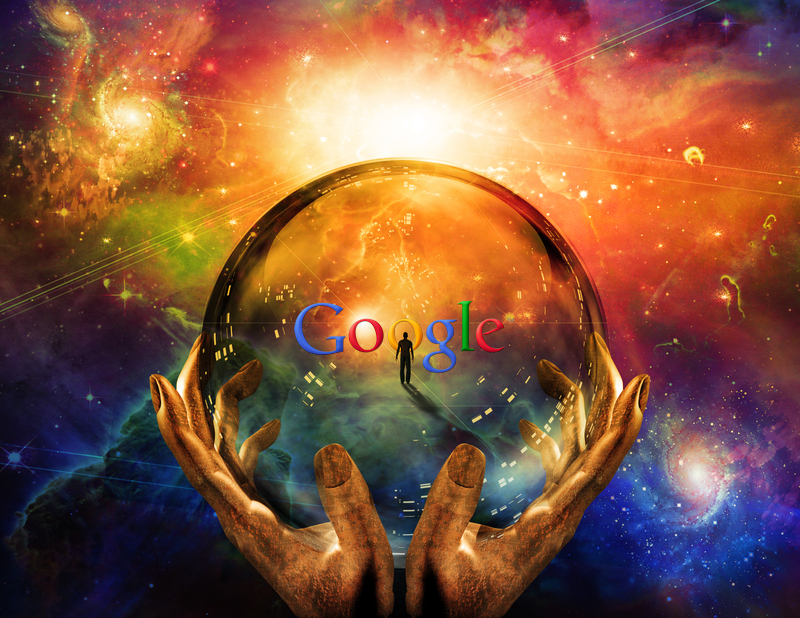 Recent headlines about time crystals read more like titles to a Harry Potter novel than they do an introduction to genuine news stories. However, Google claims to have created a time crystal. Tech writer Daphné Leprince-Ringuet (@daphneleprince) reports, “In a new research paper, Google scientists claim to have used a quantum processor for a useful scientific application: to observe a genuine time crystal. If ‘time crystal’ sounds pretty sci-fi that’s because they are. Time crystals are no less than a new ‘phase of matter’, as researchers put it, which has been theorized for some years now as a new state that could potentially join the ranks of solids, liquids, gases, crystals and so on.”[1]

What is a Time Crystal?

To understand what a time crystal is, you first have to understand the nature of crystals. I’m not talking about the so-called metaphysical properties of crystals that supposedly can heal body, mind, and spirit. I’m talking about the actual physical nature of crystals. The staff at the Physics arXiv Blog explains, “Crystals form when energy is removed from certain materials forcing them to adopt new spatial structures. A key property of crystals is that when they form, symmetry becomes broken. Instead of the material being the same in all directions, it is the same only in some directions. It forms a periodic structure.”[2] We’ve all seen crystals with their wonderful shapes and colors; but, what is a time crystal?

The Physics arXiv Blog staff explains, “Back in 2012, the Nobel prize-winning physicist Frank Wilczek and his colleague Al Shapere struck on an interesting idea when contemplating this phenomenon [of how crystals form]. They reasoned that the laws of physics are symmetrical in time as well as in space, so this kind of behavior should not be confined to spatial dimensions alone. Similar periodic structures, they decided, ought to appear in time as well. They called these structures time crystals.” Another group of scientists explain time crystals this way, “The discrete time crystal (DTC) is a recently discovered phase of matter that spontaneously breaks time-translation symmetry.”[3]

Why Are Time Crystals Important?

Leprince-Ringuet offers a great explanation about why time crystals are important. She begins by noting, “Understanding why time crystals are interesting requires a little bit of background in physics — particularly, knowledge of the second law of thermodynamics, which states that systems naturally tend to settle in a state known as ‘maximum entropy’.” Oxford Languages explains that entropy is “a thermodynamic quantity representing the unavailability of a system’s thermal energy for conversion into mechanical work, often interpreted as the degree of disorder or randomness in the system” or, in simpler terms, “[entropy is the] lack of order or predictability; gradual decline into disorder.”

Leprince-Ringuet notes, “This irresistible drive towards thermal equilibrium, as described in the second law of thermodynamics, is reflective of the fact that all things tend to move towards less useful, random states. As time goes on, systems inevitably degenerate into chaos and disorder — that is, entropy. Time crystals, on the other hand, fail to settle in thermal equilibrium. Instead of slowly degenerating towards randomness, they get stuck in two high-energy configurations that they switch between — and this back-and-forth process can go on forever.” Sounds impressive; however, the question remains, “How useful are time crystals?”

Loïc Henriet, Head of quantum software and applications at PASQAL, told the Silicon Canals staff, “This result is most interesting from a fundamental physics standpoint, as an identification of a novel quantum phase of matter. In itself, it will not directly impact our day-to-day life but it illustrates the richness of many-body quantum physics out-of-equilibrium. It also proves that quantum processors are now powerful enough to discover new interesting regimes for quantum matter with disruptive properties.” In the end, Leprince-Ringuet notes, “The behavior of time crystals, from a scientific perspective, is fascinating: contrary to every other known system, they don’t tend towards disorder and chaos.”

If you tend towards the metaphysical and are looking to find a time crystal to place beside your bed, you’ll be disappointed. The Physics arXiv Blog staff explains time crystals are currently nothing more than simulations. The staff explains, “Joe Randall and Conor Bradley at the quantum computing start up QuTech in The Netherlands, with colleagues elsewhere, have found another, much more general way to create a time crystal. And the machine they have used to do it is a quantum computer. The common view of quantum computers is that they are powerful information processing devices that can break codes and perform mind-boggling calculations. But these machines also perform another neat trick: simulations.”

The staff concludes, “Time crystals can be thought of as a form of quantum matter. But there are other forms out there too, such as topologically protected states that are useful in error correction. These have proved difficult to create in other circumstances. But the same techniques used to simulate time crystals might allow these other exotic states to be created in quantum computers too. Where this might take us is anybody’s guess. Time crystals and topologically protected state are interesting quantum tools. The question now is what to build with them.” Harry Potter might just conjure them up by saying, “Quantum Tempus Crystallo.” Harry Potter and the Time Crystal sounds like a good book.