One of the fundamental efforts being made by the international community is to reduce the number of deaths caused by various treatable diseases. Among the targeted diseases are AIDS, malaria, and measles. These diseases take a devastating toll around the globe, especially on children. Every day an estimated 540 children die from measles. Most of these deaths could be prevented with vaccination. That is the goal of The Measles Initiative and it is reporting tremendous progress since its efforts began. According to a press release issued on 4 December 2008:

Like any international program that achieves success, the Measles Initiative is a cooperative effort. Founding partners of the Measles Initiative include: the American Red Cross, the United States Centers for Disease Control and Prevention (CDC), the United Nations Foundation (UN Foundation), UNICEF and the World Health Organization (WHO). The press release continues:

“The significant decline in measles deaths in the Eastern Mediterranean region was the result of intensified vaccination campaigns including several countries with hard-to-reach areas. In 2007, more than twice the number of children were immunized in the region through such campaigns as compared to 2006. ‘There are thousands of health workers and volunteers from our Red Cross and Red Crescent family who deserve much of the credit for this success. They give their time to literally go door-to-door informing, educating and motivating mothers and caregivers about the critical need to vaccinate their children,’ said Bonnie McElveen-Hunter, Chairman of the Board of the American Red Cross. ‘This mobilization helps us to consistently reach more than 90% of the vulnerable population and save countless lives.'”

There is both good news about measles reduction and bad coming out of Africa.

“The African region was the largest contributor to the global decline in measles deaths, accounting for about 63% of the reduction in deaths worldwide over the eight-year period. In 2007, measles outbreaks occurred in a number of African countries due to gaps in immunization coverage, reinforcing the need to continue immunization support. ‘It’s absolutely wonderful that so many children are off to a healthy start in life thanks to the progress we’ve made in combating measles through immunization,’ said Dr Julie Gerberding, CDC Director. ‘Other children’s lives are still at risk, however, so it’s time we refocus our attention on sustaining our immunization efforts in countries where rates are low.'”

One area where more effort is definitely needed is Southeast Asia — an area in which the Measles Initiative includes India.

“The progress in South-East Asia has been limited – with just a 42% decline in measles deaths. This is due to the delayed implementation of large-scale vaccination campaigns in India, which currently accounts for two-thirds of global measles deaths. Political commitment in India is essential if the 2010 global goal is to be achieved.”

Measles, of course, is just one of the numerous challenges that face India. The country needs to create jobs, build its infrastructure, improve its educational system, eliminate the evils of the caste system and address its many health concerns. Although these are all daunting challenges, they must each receive attention if India is to achieve economic prosperity. Although the Measles Initiative is thrilled with the progress to date, those involved are not resting on their laurels.

“‘The progress that has been made shows what can be achieved through measles vaccination campaigns, but much more needs to be done,’ said Ann M. Veneman, Executive Director of UNICEF. ‘It is a tragedy that measles still kills more than 500 children a day when there is a safe, effective and inexpensive vaccine to prevent the disease.’ The world’s success in reaching the 2010 measles goal depends on ensuring that all children receive two doses of measles vaccine including one dose by their first birthday, strengthening disease surveillance systems, and providing effective treatment for measles. ‘Progress also depends on addressing the considerable funding gap,’ said Kathy Calvin, Executive Vice President and Chief Operating Officer for the UN Foundation. ‘The shortfall stands at US$176 million for 2009-2010, of which US$35 million is urgently needed for 2009. With continued funding and increasing ownership and commitment of countries, we can sustain our progress and achieve our goal by 2010. We ask our supporters to stay with us and strongly encourage new supporters to join us in our effort to save lives.'”

If you are looking for a way to make a difference in the world this holiday season, donating to the Measles Initiative is one way to do so. You can donate online through the American Red Cross. The Measles Initiative has so far supported the vaccination of more than 600 million children in more than 60 countries. If you can’t afford to make a financial donation to a worthy cause during these difficult times, consider giving of your time to community service. You’ll feel better about yourself and you’ll help make this world a little better place for all of us. 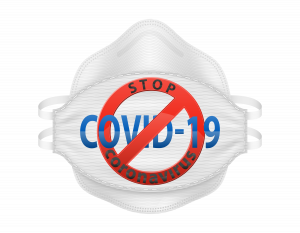 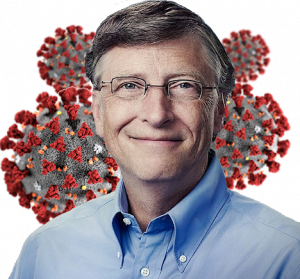