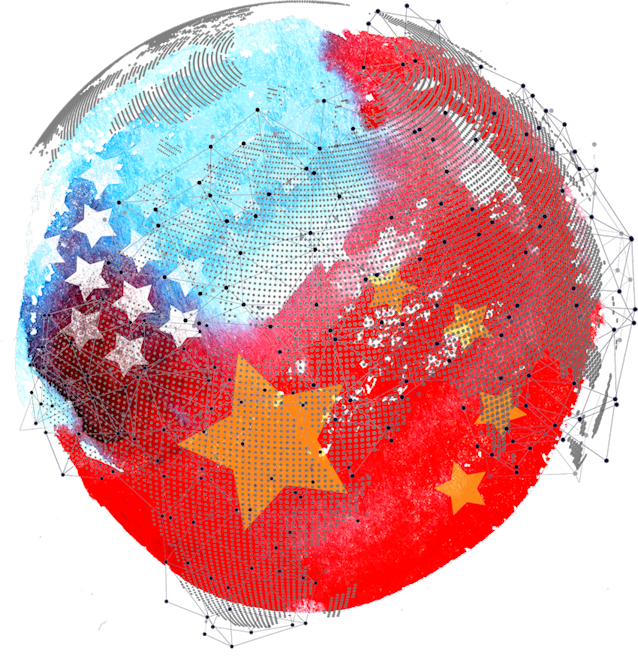 The world is a mess. The Russian invasion of Ukraine, rising tensions with China, and increased suppression of democratic voices around the globe have many people wanting to wrap themselves in a warm blanket, turn on some soft music, and drink away their worries. The world wasn’t always so gloomy. In fact, starting in the late 1970s, things were starting to look up. In December 1978, Deng Xiaoping became the most important leader in the People’s Republic of China (PRC) and, through a series of far-reaching market-economy reforms, set China on a course to become an economic powerhouse. Globalization began to flourish and millions of people rose out of poverty over the next few decades. A little over a decade after Deng came to power, the Soviet Union collapsed and Russia joined the global economic community. It looked like democracy was going to rule the day. Then things started turning ugly again.

In 1999, Vladimir Putin made his surprising rise to power and started ruling Russia like a Czar. In 2011, the so-called Arab Spring, which had been stirred by social media was crushed. In many countries, governments shut down certain sites or blocked Internet service entirely. In 2012, Xi Jinping came to power in China and, through increasingly harsh measures, started suppressing internal dissent and asserting control over a system he believed had become too capitalistic. At the same time, workers in Europe and the United States started questioning the benefits of globalization. Populism, nationalism, and protectionism all raised their ugly heads. What happened? Global economic analyst Rana Foroohar (@RanaForoohar) believes the West may have made “too many compromises … over the past 40 years of neoliberal market capitalism, chief among them being a total focus on consumer prices to the detriment of everything else.”[1]

For globalization to thrive, it requires the free flow of people, resources, capital, and ideas. Until recently, the most restricted of those flows has been the flow of people. Now, the flow of ideas is also coming under attack. As noted above, some governments have censored, blocked or shut down Internet sites and other media outlets in an effort to control access to information. It’s little wonder the focus of globalization has been on the flow of resources and capital. And, pundits like Foroohar, believe that’s a problem.

According to Foroohar, “The consequences of those compromises [included] but are by no means limited to, an increasing distrust of elites, the break-up of the old US-led world order, rising inflation, and a power vacuum that’s being filled by China.” She cites the work of Michael Beckley, a professor of political science at Tufts University, who argues “that from the 1960s onwards, the west focused too much on free markets and not enough on free societies. Capitalism itself became the foreign policy of the US, but as we know, the bet that the world would become freer as it became richer hit a roadblock with the rise of China. Beckley argues that the opportunity now is for a new liberal order (led by the US) to focus on democracy, rather than capitalism.”

Foroohar also points to the work of Bill O’Grady, the chief market strategist for Confluence Investment Management. “His take is that with the collapse of communism, the west and the US in particular stopped being a constant gardener to capitalism. Markets became too tilted towards capital, and the public is now revolting.” A score of years ago, when things were still looking up, Catharin Dalpino, a Tom and Ruth Sharkey Distinguished Visiting Scholar in the School Of Diplomacy and International Relations at Seton Hall University, asked, “Does globalization promote democracy?”[2] At the time, she wrote, “An enduring tenet of the post-Cold War era is that globalization can be a catalyst for democratization.” A decade later, a student named Sophie Crockett examined a similar question: “Has globalization spread democracy around the world?”[3]

Crockett was optimistic. She wrote, “The reduction in information and travelling costs mean that people have access to a lot more information not only from their government but from all over the world. This means democracies can now promote their values and ideals to autocratic countries a lot more freely, as autocracies have diminishing control over information. Other advantages of globalization reducing borders is that is strengthens the distribution of democratic values over borders. The more democracies border non-democratic countries, the more the chances that country has of becoming democratic. In addition, with the increase in the demand for human rights and humanitarian interventions in countries which abuse power, democracy is progressively becoming the only alternative to autocratic regimes.” Unfortunately, that optimism proved false. Countries did find ways to block access to information; companies continued to do business with countries accused of human rights abuses; and autocratic regimes became more ruthless.

Jump forward another decade and economist Howard Wachtel wrote, “Discussions of the threat to liberal democracy have neglected perhaps the most surprising source that is one of the major arcs of history of the last three decades: globalization. It promised the promotion of liberal democracy encapsulated in neoliberal economics whose components include free movement of capital and finance, free trade, free movement of people, and the free transfer of ideas through social media. While globalization has achieved many of these four freedoms, it has also fostered its precise opposite: a borderless world that has stripped the principal source of political democracy — the nation state — of much of its political and economic legitimacy for the liberal democracy that created globalization. Governments became weakened by the very fraying of its borders wrought by a globalization they promoted.”[4]

For years I’ve been arguing that globalization is evolving towards regionalization — and recent events will only accelerate that trend. Beckley argues, “The history of international order provides little reason for confidence in top-down, cooperative solutions. The strongest orders in modern history — from Westphalia in the seventeenth century to the liberal international order in the twentieth — were not inclusive organizations working for the greater good of humanity. Rather, they were alliances built by great powers to wage security competition against their main rivals. Fear and loathing of a shared enemy, not enlightened calls to make the world a better place, brought these orders together.”[6] He further argues, “The sad and paradoxical reality is that international orders are vital to avert chaos, yet they typically emerge only during periods of great-power rivalry. Competing with China will be fraught with risk for the United States and its allies, but it might be the only way to avoid even greater dangers. To build a better future, the United States and its allies will need to take a more enlightened view of their interests than they did even during the Cold War.”

Beckley concludes, “If there is any hope, it lies in a renewed commitment to democratic values. The United States and its allies share a common aspiration for an international order based on democratic principles and enshrined in international agreements and laws. The core of such an order is being forged in the crucible of competition with China and could be built out into the most enlightened order the world has ever seen — a genuine free world. But to get there, the United States and its allies will have to embrace competition with China and march forward together through another long twilight struggle.”

Twenty years ago, Dalpino concluded, “Globalization is not a political panacea. At best a long-term ally in promoting democracy, it provides no automatic solutions. The sanguine correlations offered by some policymakers in the early post-Cold War years — particularly regarding the link between increased trade and democratization — should be reexamined.” That doesn’t mean discarding globalization is the only way to save democracy. Regionalization, based on the same flows as globalization, is a much more likely road to a better future. With Russia isolated and China looking increasingly inward, the U.S. and its allies can forge a brighter future and promote democratic values. Foroohar concludes, “From Dean Acheson and John Foster Dulles to Brent Scowcroft and Madeleine Albright, the overwhelming, bipartisan organizing principle of postwar American foreign policy was the promotion of democratic values and human rights. Let’s hope that … those values are ‘what comes next’.”