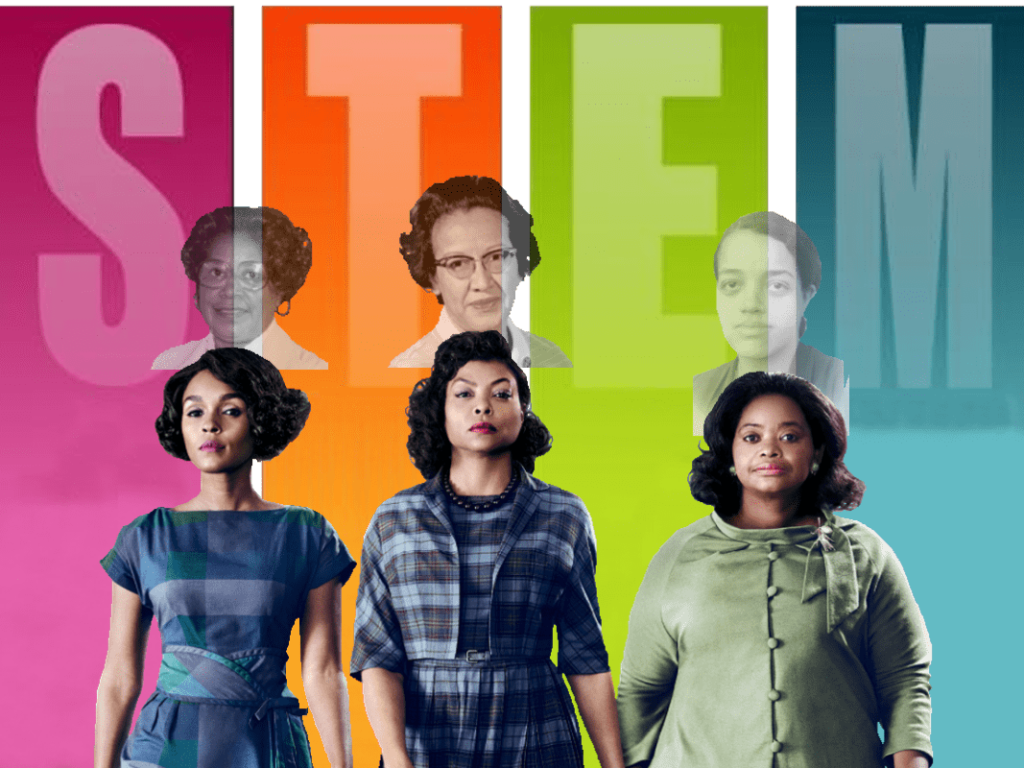 If you haven’t seen the movie Hidden Figures, you should. It’s the story about three brilliant black women, Katherine Goble (played by Taraji P. Henson), Dorothy Vaughan (played by Octavia Spencer), and Mary Jackson (played by Janelle Monáe), who fought prejudice and cultural norms to help get the U.S. space program off the ground. Since their contributions were largely unknown, they were hidden figures behind NASA’s success. The U.S. needed women then and it needs women like them even more today. In fact, the world, not just the U.S., needs more women like them. In February, United Nations Secretary-General António Guterres “urged greater investments in teaching science, technology, engineering and math [STEM] to all women and girls as well as equal access to these opportunities.”[1] “For too long,” he stated, “discriminatory stereotypes have prevented women and girls from having equal access to education in science, technology, engineering and math. As a trained engineer and former teacher, I know that these stereotypes are flat wrong.” He went on to explain that stereotypes “deny women and girls the chance to realize their potential — and deprive the world of the ingenuity and innovation of half the population.”

Morgan Pak, a high school student who learned to code in Rwanda at the inaugural Women in Science Camp, writes, “The importance of introducing STEM to young girls is rooted in its ability to break the misconceptions we are force-fed about our own identity. By prioritizing female involvement in STEM, girls can redefine and truly understand what it means to be a girl — a message that is especially relevant.”[2] As the UN Secretary-General noted, stereotyping women as incapable of excelling at STEM subjects is not only wrong but harmful to the global economy. There remains a gender gap in STEM fields, but it’s not because women aren’t getting hired. A study out of Australia found, “Four-in-five Australian female STEM graduates take less than six months to land their first job.”[3] Brett Henebery (@Brett_Henebery), reporting on the results of the study, writes, “According to the findings, females who take on STEM-related jobs are likely to be working in Computer and IT or in Healthcare and Medical. When asked what would attract girls to pursue STEM careers, young girls (17-19 years old) cited the challenge (42%), the ability to learn something new (35%) and job security (31%) influenced their decision. Karen Lee, head of strategy at Loyalty Solutions, Asia Pacific, said the results show that STEM is not just a fulfilling career choice but also has ‘the depth and breadth to satisfy first job seekers’. ‘While the results are encouraging, they highlight some deeply held misconceptions by young girls and young women with regard to the study and pursuit of STEM — and the imbalance,’ Lee said in a statement. ‘The study indicates there is a need to encourage girls to pursue STEM at school and provide those who are already studying with the opportunity to network with female professionals in the industry.'”

Brent Bushnell (@brentbushnell), co-founder and CEO of Two Bit Circus, a technology entertainment company, believes “to really draw talented young people into science and engineering careers, STEM needs an ‘A’ for ‘Art,’ turning it into STEAM.”[4] I believe art (and, especially, design) play an important role in STEM education. I’m just not sure I agree that an “A” should be added. Gary S. May, Dean of the Georgia Tech College of Engineering, agrees. He writes, “The last few years have brought a call from some quarters to update the STEM acronym — for science, technology, engineering and mathematics — to STEAM, with the A standing for arts. On the surface, such a move seems harmless. What’s another letter, right? But in my view, STEM should stay just as it is, because education policy has yet to fully embrace the concept it represents — and that concept is more important than ever.”[5] Bushnell, however, is not trying to downgrade the importance of learning basic STEM subjects; rather, he is trying to insert some fun and creativity in what are generally perceived to be dry, boring subjects. On that point, he is absolutely correct. I’m a proponent of the learning-by-doing approach and integrating art and design into project-based learning can make it more fun. That’s why I, along with a few colleagues, founded The Project for STEM Competitiveness. The organization assists in getting a project-based, problem-solving approach into schools near where we live.

Bushnell’s argument for wanting to add an “A” to STEM comes directly from his desire to get more girls interested in STEM activities. A survey conducted by his company found, “Forty-one percent of the parents with boys surveyed said their children show the most interest in technology/computing activities outside of school, compared to 18 percent of parents with girls. Meanwhile, 45 percent of parents with girls report that their children show the most interest in art outside of school, compared to 10 percent of parents with boys.” It follows, if you want to get more girls into STEM, you have to attract by placing more emphasis on art and design. A Girl Scout Research Institute national survey found, “A vast majority of American voters believe investing in girls’ education is the key to our country’s advancement. … Those surveyed feel the government needs to better support girls in areas of STEM, finance and education in general. Seventy-seven percent feel the government does not pay enough attention to girls and the issues important to them, and 76 percent feel investment in girl-specific, out-of-school programming should be a national priority.”[6] William Fenton (@WilliamFenton) adds, “Middle school is perhaps the most prudent place to promote female participation in STEM, according to several studies. Given that many girls rule out tech careers by high school, educators and administrators would be wise to pique student interest before it’s too late.”[7]

Since we are living in the information age, one would think the need to emphasize the importance of STEM is no longer necessary. Research concludes otherwise. In February, “The UN Educational, Scientific and Cultural Organization released its UNESCO Science Report: Towards 2030. ‘Female engineers and computer programmers wanted,’ is the main message of the report, which shows that women are increasingly graduating with life science degrees, but still rare in engineering and computer science, especially in developed economies. ‘An analysis of computer science shows a steady decrease in female graduates since 2000 that is particularly marked in high-income countries,’ it states. The share of women graduates in computer science between 2000 and 2012 slipped in Australia, New Zealand, the Republic of Korea and the United States, as well as in Latin America and the Caribbean. ‘This should be a wake-up call,’ UNESCO said. ‘Female participation is falling in a field that is expanding globally as its importance for national economies grows, penetrating every aspect of daily life.'”[8]

Getting more girls and women interested in STEM careers is important for a number of reasons. First, of course, is the fact that these careers generally pay well. For too long, women have been underpaid and underappreciated. Second, the world needs the talent and brain power women have to offer. Third, the global economy is going to rely on STEM industries for continued growth. To attract more women into STEM fields, successful technical and scientific women can no longer afford to be hidden figures.