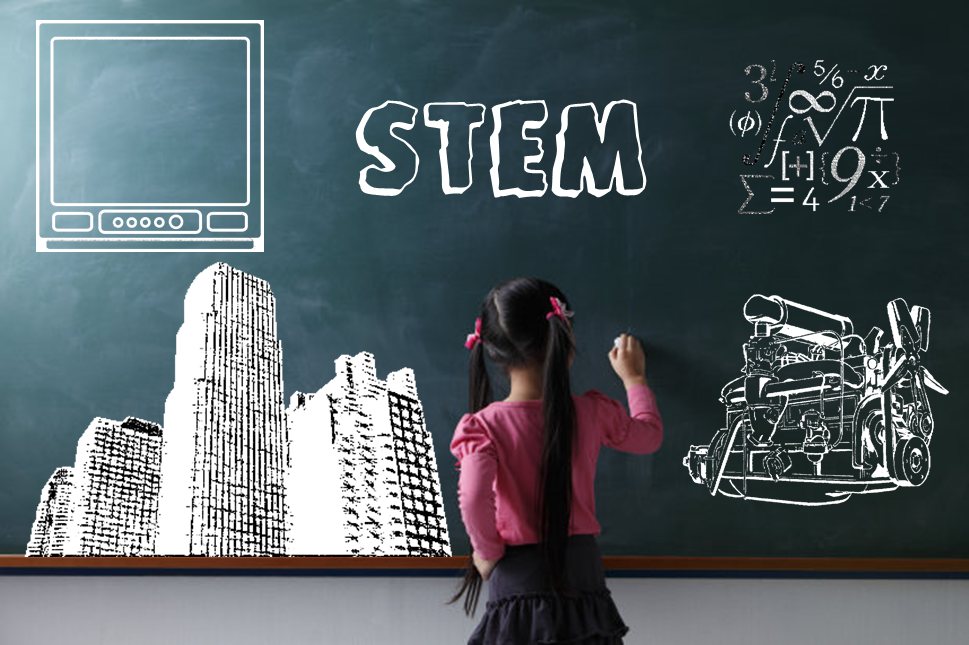 There has been a lot debate recently about whether the stress on science, technology, engineering, and math (STEM) education is a good thing or a bad thing. I place myself in the camp of those who believe that the skills learned studying STEM subjects will help students better succeed in life regardless of the actual career field they choose to follow. Even with all of the emphasis on STEM education, Allie Bidwell (@alliebidwell) reports, “Despite a national focus on directing more students toward science, technology, engineering and math fields — particularly women and minorities — the STEM workforce is no more diverse now than in 2001, according to data from Change the Equation.”[1] Frankly, that’s discouraging news. Whenever tradition, culture, or some other variable conspires to keep a specific group from fully participating in society we all lose. Vivek Wadwha, author of a book entitled Innovating Women: The Changing Face of Technology, asked participants at a conference in early 2015, “Don’t corporations have a fiduciary duty to maximize investor value? And if women add value, isn’t it poor leadership to ignore the fiscal upside to diversity?”[2] David Chavern, Executive Vice President of the U.S. Chamber of Commerce and President of the Center for Advanced Technology & Innovation (CATI), agrees with Wadwha. He writes, “STEM careers have been traditionally male-dominated, with a number of barriers — some cultural, some more overt — that have impeded the retention and advancement of women in STEM fields. But empirical evidence tells us that companies with higher levels of gender diversity perform better than their competitors.”[3]

We are going to need a lot of skilled workers if the global economy is going to continue to grow. Trevor Thomas (@TrevorThomas45) reminds us, “80% of jobs in the next decade will require technology skills.”[4] Undervaluing half of the population is not a good strategy to pursue if we want to fill emerging job vacancies. During a panel discussion sponsored by Change the Equation, Velma Deleveaux, of Booz Allen Hamilton, stated, “I had hoped that after all these years we would have made more progress, because I see so much activity. But at the end of the day, I realize that the way we’re attacking this problem, we could actually be a lot more strategic.” Obviously, good strategies must not be easy to find because the diversity problem has remained stubbornly difficult.

Christina Wallace (@cmwalla), Founding Director of BridgeUp: STEM at the American Museum of Natural History, and Nathalie Molina Nino (@NathalieMolina), co-Founder of Entrepreneurs@Athena at Barnard College and the Chief Revenue Officer of PowerToFly, agree that more needs to be done to attract girls into STEM careers. They write, “A study by the American Association of University Women found that among first-year college students, women are much less likely than men to say that they intend to major in science, technology, engineering, or math (STEM). By graduation, men outnumber women in nearly every science and engineering field, and in some, such as physics, engineering, and computer science, the difference is dramatic, with women earning only 20% of bachelor’s degrees. Women’s representation in science and engineering declines further at the graduate level and in the transition to the workplace.”[5] They indicate that there are three primary reasons that girls avoid STEM subjects. First, “teenage girls often don’t feel welcome in STEM classrooms.” They relate the story of bright, African-American girl named Jordyn Simmons who was accused of cheating when she aced a midterm exam in her advanced placement computer science class. She was the only girl and the only African-American in the class. Fortunately, the false accusation didn’t deter Simmons. Simmons is finishing her second-year as computer science major at Barnard College. There is a lot of other empirical evidence that supports the perception that women aren’t welcome in STEM professions.

The second reason that girls aren’t attracted to STEM subjects, according to Wallace and Molina, is that “they don’t see the connection between what they are learning in the classroom to the careers they want to pursue.” Boys are just as oblivious as girls when it comes to trying to connect classroom work to real life experiences. That’s why I, along with a few colleagues, founded The Project for STEM Competitiveness to help get a project-based, problem-solving approach into schools near where we live. We firmly believe that by showing students how STEM subjects can help them solve real-world problems they will begin to appreciate the opportunities that STEM skills open for them. Wallace and Molina agree with this kind of hands-on approach. They write:

“Creating STEM programming that engages girls earlier in their elementary and secondary-school education will help shift the classroom dynamic away from one that is majority boys and thus more welcoming to girls. Supporting interdisciplinary STEM projects — such as using computer programming in a science class to process or visualize a data set — will give students a better understanding of how these subjects are used in real life. Fostering career exploration activities will give some transparency to and highlight role models in careers that have high opportunity but are often less familiar to students.”

Highlighting role models is important because the third reason Wallace and Molina give as to why more girls don’t pursue STEM subjects is that “they don’t have role models for many STEM careers such as engineering or computer programming.” Buying them a copy of Wadwha’s book might help. Jackie Bastardi (@ReverseFizix), a mechanical engineer, and Adele Falco, of Curious on Hudson, agree that there are strategies that can be used to overcome the three hurdles identified by Wallace and Molina. At an event earlier this year, Bastardi and Falco shared four keys they use to get girls excited about exploring STEM.[6] They are:

“Emphasize the fun of the journey. When talking about the training involved in STEM fields, let students know how much fun they’ll have on this journey, advised Falco. Don’t spend all your time focusing on rigorous course work and required skill sets. Bastardi tells the girls about her engineering training at RIT, emphasizing the fun experiences she had, such as building a solar oven with her sorority sisters or building hammers with her freshman classmates. These examples help change how the girls perceive engineering, taking it from boring to ‘cool.’ She is honest with them about the work involved (and the occasional boring class that they will encounter) but she emphasizes this work as part of the fun. ‘I tell them that there’s a balance between work and play,’ Bastardi explained. ‘You have fun but you’re also learning, putting all your heart and soul into learning engineering.’

“Create personal connections. Let the girls see your human side, Bastardi recommended. Girls are often intimidated when they first learn that she is a mechanical engineer. To break the ice, she talks with them about her hobbies — bike riding and spending time with her dog — as well as the hobbies of other STEM women. The tactic helps the girls relax and open up. ‘Sharing these personal stories takes away some of that intimidation,’ she said. ‘The girls are able to start learning, exploring and feeling comfortable. They make personal connections.’

“Introduce them to relevant role models. Bastardi introduces the girls to her high-school and college friends that now work in the engineering field. The girls were captivated by stories of Sara, a civil engineer, who is working on the new Tappan Zee Bridge in New York; a structure they all know. Another friend, Henny, an electrical engineer, took on celebrity status when she revealed that she tested the lighting for the Hunger Games movie, a favorite among the girls. ‘They got so excited,’ Bastardi said. ‘They realized that these women are real women and they’re doing things that connect to them.’

“Link it to purpose. Girls want to do something that will contribute to the world around them. Bastardi tells the girls about her senior design project, a computer-controlled hydraulic nanomanipulator. The device, which can move an object the size of a cell, is used in cell cancer research and treatment. The example enables the girls to see engineering on a new level, as professionals that make a difference in the world. ‘All of us have this core value to do good in this world,’ Bastardi said. ‘We show them what our projects do, that do good in this world.'”

There is no end to the challenges that humankind will continue to face and we will need every bright mind we can get involved to help solve these challenges. That means that we need to do more to increase diversity in STEM fields. Trying to engage girls as early in their education as possible is one way of achieving this. Done right, I believe that we can make great progress in this area.