Mired as we are in a Great Recession that is closely tied to scandals in the financial services sector, it might seem strange that the Supreme Court would take up a case that examines whether or not an oversight board established by Congress and aimed at stopping the kind of heinous criminal activity committed by executives at Enron, WorldCom and others is unconstitutional; but the court is doing exactly that [“High court weighs constitutionality of corporate audit board,” by Robert Barnes, Washington Post, 8 December 2009]. The board in questions is the Public Company Accounting Oversight Board, sometimes called “peek-a-boo.” The five-member board was set up by the 2002 Sarbanes-Oxley Act (sometimes referred to as SOX or SARBOX). I’ve written a number of posts about the dislike that companies have for Sarbanes-Oxley. I’ve also written a couple of posts indicating that investors like SOX. The court case, however, is not about whether there should be regulations or oversight aimed at preventing corporate criminal activity (although those who brought the lawsuit are hoping oversight goes away). The case is about separation of power in the U.S. Government — oversight, however, may become a victim of the legal arguments. Barnes reports:

“Supreme Court justices tangled … over whether an accounting oversight board established by Congress to make sure there were ‘no more Enrons’ violates the president’s executive power. It is not the chief executive who is complaining — both President Obama and his predecessor George W. Bush approved of the creation of the board, even without the ability to appoint or dismiss its members. But the Public Company Accounting Oversight Board … is at the heart of a constitutional question about the separation of powers. Though it is an agency in the executive branch, Justice Samuel A. Alito Jr. said: ‘As a practical matter, does the president have any ability to control what the board does?’ … It was designed to provide much tougher regulation of the auditing of public companies than under previous regimes. Its members are insulated from direct presidential control, including removal. It has its own funding source, fees from the companies it oversees, and its members draw salaries far beyond normal civil service — more than $500,000, and nearly $700,000 for the chairman. The board is appointed and supervised by the Securities and Exchange Commission, which must approve its subpoenas and can rescind its enforcement actions.”

It’s understandable why the board was set up the way it was. Congress wanted its members to be protected from political retaliation (hence the President’s “inability to control what the board does”). Congress also wanted board members’ salaries high enough that they would be somewhat insulated from the temptations of corporate bribery. Since their salaries are paid by fees drawn from corporations, taxpayers certainly have nothing to complain about there. Normally, separation of power arguments get invoked when the legislative, executive, or judicial branch tries to usurp powers that constitutionally belong to another branch. The arguments in this case are a bit different. Barnes continues:

“Washington lawyer Michael A. Carvin, representing an anti-tax group and a Nevada firm challenging the board, said it is unique ‘in that the president can neither appoint nor remove its members, nor does he have any ability to designate the chairman or review the work product, so he is stripped of the traditional means of control that he has over the traditional independent agencies.’ But Solicitor General Elena Kagan, defending the law, said it fits securely within the constitutional parameters the court has set for executive branch agencies. There is a ‘simple syllogism,’ she said: ‘The president has constitutionally sufficient control over the SEC. The SEC has comprehensive control over the accounting board, therefore the president has constitutionally sufficient control over the accounting board.’ The case represents a test of the ‘unitary executive’ theory that the president must have unfettered control over employees in the executive branch. Alito and Chief Justice John G. Roberts Jr. seemed particularly concerned that the president is not able to directly get rid of board members. … Justices Ruth Bader Ginsburg and Stephen G. Breyer were tough questioners of Carvin, suggesting that the board met the court’s precedents dating back more than 70 years. … The questioning indicated that Justice Anthony M. Kennedy might cast the deciding vote; he seemed skeptical of arguments that the SEC’s control of the board was pervasive.”

It’s not surprising that the courts conservative justices are siding with arguments presented by a conservative lobbying group; but a complementary editorial in the Washington Post argues that the public good is best protected by keeping the board not doing away with it [“Keeping firms honest,” 8 December 2009]. The article begins by providing a bit of background:

“The accounting scandals of the early part of this decade, including the debacle at Enron, gave rise to the Public Company Accounting Oversight Board (PCAOB). Created under the Sarbanes-Oxley legislation, the board watches the accounting firms that certify the books of public companies. A small firm under investigation by the PCAOB challenged the constitutionality of the board. … While the legal provision that created the PCAOB is flawed, the justices can address the problem without invalidating the board as a whole. The accounting firm argues that Congress unconstitutionally infringed on the president’s duty to govern the executive branch by stripping him of power to appoint and remove members of the board; under the law, the Securities and Exchange Commission, in consultation with the Treasury Department and the Federal Reserve, is responsible for naming the five-person board. The law, the plaintiff alleges, created ‘an independent agency within an independent agency’ that has usurped the president’s ability to set policy and priorities for what is a core executive function — the enforcement of laws.”

If you recall, employees of the large accounting firm Arthur Andersen LLP were either complicit in helping Enron defraud the public or incredibly incompetent in their duty to protect the public. In 2002, the firm voluntarily surrendered its licenses to practice in the U.S. after being found guilty of criminal charges relating to the firm’s handling of the auditing of Enron. The verdict was subsequently overturned by the Supreme Court, not because Arthur Andersen was innocent, but because the justices believed that the jury was given overly broad instructions by the federal judge who presided at the trial. The court’s opinion, written by former Chief Justice William Rehnquist, stated, “For example, the jury was told that, ‘even if [Andersen] honestly and sincerely believed that its conduct was lawful, you may find [it] guilty.'” As the Post’s editorial notes, Congress was rightfully concerned that accounting industry was much more interested in profits than in maintaining its integrity. As a result, the industry catastrophically failed to police itself. The article continues:

“Congress clearly wasn’t interested in isolating the president from oversight; it was intent on creating a strong and independent regulator to keep public company auditors honest. The United States has long relied on a combination of independent agencies, such as the SEC, and outside ‘self-regulatory organizations,’ such as the New York Stock Exchange, to oversee the financial system. The PCAOB was crafted in this mold. The outside watchdogs passed constitutional muster even though the president has no direct appointment role because the SEC — whose members are presidentially appointed — ultimately calls the shots on policy and rules. The SEC has even more authority over the PCAOB. It controls the board’s budget, must approve of subpoenas, may reject or amend rules and policy proposals, and must sign off on any disciplinary actions. Yet Congress went too far in an effort to insulate the board from industry and political pressure. To oust a wayward member, the SEC must conclude that the member ‘willfully violated’ the rules of the board or securities laws and ‘willfully violated his authority.’ Compare that with the SEC’s ability to remove officers of similar bodies simply ‘for cause.’ If the justices strike down the PCAOB standard, the common law would then entitle the SEC to remove members ‘at will.’ Taking such a step should cure the possible constitutional infirmity and would otherwise leave intact an important, congressionally created policy tool that has served a crucial role in increasing confidence in the legitimacy of public company audits.”

The rogue’s gallery of corporate executives contains too many names to list; but it stands as testimony to the fact that powerful people need independent oversight so that they don’t abuse their positions and power. If the Supreme Court does declare the PCAOB unconstitutional, Congress should act immediately to amend the law and reestablish the board under new guidelines so that it can continue its important work. As I have written time and again, the global financial system relies on trust. Unscrupulous corporate executives have proven that without oversight they can’t be trusted. Their moral failings have cost millions of innocents victims their life’s savings and, in some cases, their means of making a living. Like other CEOs I’m concerned about overregulation and the negative impact it can have on competitiveness; however, I believe that prudent regulation and proper oversight are essential for maintaining public trust. 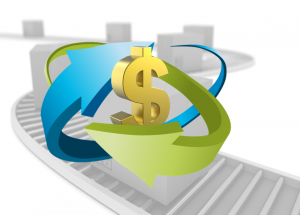 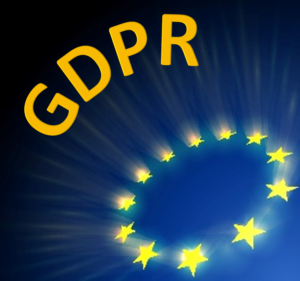 The massive Equifax data breach once again hammered home the importance of protecting personal data from hackers. Some critics are calling for Equifax and other