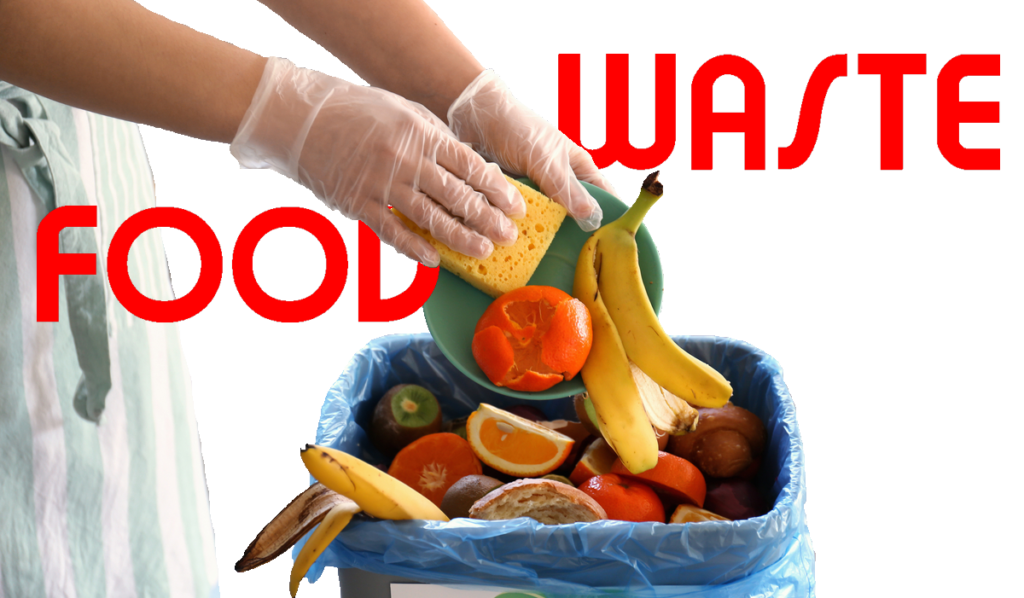 A growing population, intensifying climate change, and geopolitical tensions are creating conditions that are adversely affecting global food security. However, another, less obvious factor — food waste — is exacerbating the food security challenge. All one needs to do to find someone wasting food is look in the mirror. We all do it. As Bloomberg reporters observe, “There is something that the average person can do to slow down climate change, and it can be accomplished without leaving the house. Don’t waste food.”[1] They go on to note about 17% of food available to consumers ends up being wasted; however, consumers aren’t the only culprits. They write, “The matter is even more urgent when considered alongside another UN analysis that tracks the problem further up the supply chain, and shows 14% of food production is lost before it reaches stores. Waste is happening at every point, from the field to the dinner table.”

Food Waste is an Enormous Problem

Let’s be clear. Entirely eliminating food waste is impossible. Nevertheless, there remains a lot we can do and should do. Journalist Sara Kiley Watson (@SaraKileyWatson) explains, “It’s no surprise that wasting things is a nightmare for the environment — everything that we eat, wear, and otherwise consume takes up natural resources that in many cases are far from infinite. When it comes to food waste, the environment takes a double whammy — water, packaging, transportation, and agricultural resources get used up for naught, and that leftover sandwich or container of expired spinach you bought in hopes of healthy eating releases greenhouse gases as it decomposes in a landfill.”[2] Watson isn’t suggesting you consume spoiled food. What she is suggesting is, that with a little planning and foresight, food waste can be reduced. She writes, “The reasons why food goes to waste are probably familiar to you: dinner party leftovers that never get eaten, food spoiling before you get to cooking it, or simply confusion over sell-by and use-by dates that lead to totally fine food ending up in the garbage.” All of those situations are addressable.

Analysts from the Boston Consulting Group (BCG) estimate that, by the year 2030, 2.1 billion tons of food will be lost or wasted annually. They observe, “That’s equal to $1.5 trillion in squandered value, putting food waste in the top 7% of global economies, relative to GDP. If food waste were a country, it would be the third-largest emitter of greenhouse gases. Meanwhile, more than 840 million people will go hungry … one-tenth of the human population.”[3] As noted above, part of the problem is a consumer problem. The supply chain is another part of the problem. Food journalist Agnieszka de Sousa (@AggieDeSousa) explains, “The world loses about $400 billion of food before it even gets delivered to stores. … Better cold storage and infrastructure would help reduce losses, but more detailed data on the supply chain is needed to tackle the problem.”[4]

BCG analysts report, “The average North American household wastes approximately 130 pounds [of food] annually. The global average is nearly 35 pounds higher. By any metric, the situation looks grim. But it doesn’t have to be that way.” Global food distribution is a real challenge. Even if consumers in North America do a better job of reducing food waste, it doesn’t necessarily mean that the food they save will end up where it is needed most. There are no silver bullet solutions to food waste problem; however, as I noted earlier, there remains a lot that can be done. Anna Burschik (@AnnaBurschik), a DELMIA Industry Marketing Specialist, explains, “There already are options such as food sharing and food saving platforms to help reduce the problem of food waste on the consumers’ end. However, the bigger share of food that goes to waste happens in supply chains, which differs from food waste and is referred to as ‘food loss.’ Issues in processing can result in a lot of food being wasted before ever reaching stores. Poor planning on the food production side can result in crops not being harvested, food spoiling during transportation, or even overproduction, leading to food products going bad on the shelves before they can be sold.”[5]

As de Sousa noted, better infrastructure and cold storage facilities could help keep some fresh foods from spoiling in transit. Experts have a few other ideas to help improve the situation. They include:

• Improved supply chain visibility. If you don’t see a problem, you can’t address it. Technology is helping supply chains improve visibility all along the supply chain. For example, real-time environmental tracking is helping supply chain professionals monitor product temperatures while they are being transported. Smart refrigerator/freezer alarms are helping food handlers maintain fresh and frozen foods within a precise temperature range. Optimized transportation routing can help reduce or eliminate delays of fresh products to warehouses and retailers.

• Better packaging. Packaging is often used to help keep food fresher. Fortunately, manufacturers are working with scientists to develop new types of packaging that are both good for the environment and good for preserving freshness. For example, “Scientists from Harvard T.H. Chan School of Public Health and Nanyang Technological University Singapore have developed a biodegradable food packaging material that kills harmful microbes and could extend the shelf-life of fresh fruit by two to three days.”[6] Efforts such as these could have significant impact on reducing food waste.

• Improved supply chain efficiency. Nicholas Walker, Chief Executive Officer of TradeCafe, explains, “One of the largest and most fragmented systems is the trade of proteins (such as meat, dairy, fish, and specialty grains), which represents a $4 trillion dollar industry globally. The food protein supply chain is an especially challenging and inefficient marketplace, dominated by thousands of middlemen with varying levels of experience and operational capacities. These can include brokers, traders, and other intermediaries operating between the primary producers and end users. In addition, the marketplace requires interaction with transportation providers, government agencies, bankers, insurance companies, and warehouses, to name a few, which creates a breeding ground for countless weak links and inefficiencies.”[7] He adds, “Much of these added costs and waste can be eliminated if supply chain constituents have a means to accurately pinpoint where goods are in transit from any device at any given time. A centrally integrated digital platform provides transparency and clarity, where constituents can discover price more transparently, confirm offers more quickly and easily, follow goods in transit, and reduce errors. It can immediately alert parties as to when and where an error or breakdown happens, including who is accountable at that moment in time. In many cases, early intervention can mitigate the potential for spoilage and waste.”

• Better food labeling. Tech writer Boris Dzhingarov explains, “Food labeling is still very archaic and confusing. People often confuse ‘best by’ dates with expiration dates and waste food while it is still consumable. However, researchers have developed technology that can indicate the state of a food item better by reacting to chemical changes inside the packaging. The technology was created by a student named Solveiga Pakstaite and uses a gel that reacts to the compounds that are released during food degradation. She has received many accolades and additional funding to further test the technology in the hopes of curbing food waste at the supermarket level.”[8]