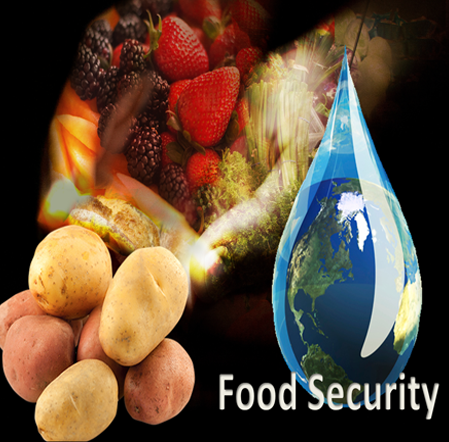 Those of us residing in the United States consider ourselves blessed to be living in a land of plenty — one of the breadbaskets of the world. Mariana Chilton (@MarianaChilton), associate professor in the Department of Health Management and Policy at Drexel University, reminds us, however, that even in the U.S. “approximately 17 million children live in food insecure homes.”[1] If people in the midst of plenty are living with the fear of food insecurity, you can imagine how much more fearful people living in more barren regions must be. The estimate is that globally there are about one billion people who lack sufficient access to food. With the global population predicted to grow by nearly 50 percent by the end of the century, you can understand why food security remains an important topic. As I have noted in previous articles, there are no silver bullet solutions to food security. A number of different strategies need to be implemented and all stakeholders (from researchers the lab to farmers in the field to diners around the table) need to be involved. The conundrum is that humankind may have to overcome tens of thousands of years of evolution and eating habits to meet the challenge.

According to the National Geographic‘s online feature “Eat: The Story of Food,” the human brain started its amazing growth when the first man learned to cook meat over fire. “Cooking makes food easier to chew and digest,” the article states, “and in the process, enables us to get more energy with less effort. Heat begins breaking food down, leaving less work for our digestive systems. Plus, cooking can kill some harmful bacteria before it enters the body. … Scientists have suggested that the human brain may have eventually doubled in size after our Homo erectus ancestors put flame to food, especially meat. Densely packed with nutrients, cooked meat was easy to digest, and it provided plenty of energy for resource-hungry brain development.” All of that meat-eating, however, has also had an impact on the world in which we live. University of Minnesota Professor of Ecology G. David Tilman (@GDavidTilman) and graduate student Michael Clark have analyzed “about 50 years’ worth of data from the world’s 100 most populous countries” and discovered that “current diet trends are contributing, not only to diet-related illnesses such as diabetes and heart disease, but also to dangerously increasing agricultural greenhouse gas emissions (GHGs).”[2] In other words, what may have been good for our ancient ancestors may no longer be good for us. Tilman told Grossman, “This is the first time this data has been put together to show these links are real and strong and not just the mutterings of food lovers and environmental advocates.”

It’s unreasonable to believe or expect that the entire world’s population is suddenly going to become vegetarian. In fact, just the opposite is happening. People living in poverty can rarely afford to eat meat; therefore, it is no surprise that as people claw their way out poverty and join the middle class they develop a taste for meat. Here’s the rub. The current course of global consumption is probably unsustainable. If there is good news in this, it’s the fact that what people really seem to want is the taste of meat not necessarily the meat itself. That’s why a number of groups are working on plant-based meat substitutes that taste and feel exactly like the real thing. Tilman and Clark conclude, “Alternative diets that offer substantial health benefits could, if widely adopted, reduce global agricultural greenhouse gas emissions, reduce land clearing and resultant species extinctions, and help prevent … diet-related chronic non-communicable diseases.” Grossman continues:

“So the solution to what the scientists call the ‘diet-environment-health trilemma’ will require choosing menus high in plant-based, whole foods like those that fit in a Mediterranean, ‘pescetarian’ or vegetarian diet. If these diets become the norm by 2050, Tilman and Clark say ‘there would be no net increase in food production emissions.’ But they also note that making such a change won’t necessarily be easy. ‘The dietary choices that individuals make are influenced by culture, nutritional knowledge, price, availability, taste and convenience, all of which must be considered if the dietary transition that is taking place is to be counteracted,’ write Tilman and Clark.”

Consumption, however, is not the only challenge. As the climate continues to change, it is unclear how much arable land there is going to be on which to grow food in the future or how much water will be available to grow crops (just ask California, which just experienced its driest January since records started being kept in 1849). All of these factors contribute to the growing concern about global food security. Alison Coleman (@alisonbcoleman) writes, “It is a question that is testing the mettle of scientists, and has the rest of the world feeling concerned; how can we grow enough food to feed the nine billion or more people who will make up the global population by 2050? Much of the focus is on developing new cutting edge technology to increase crop and livestock yields and maximize increasingly scarce resources to effectively double food production by 2050. Satellite technology is giving food growers greater efficiency over drilling, fertilizer and spray applications, while in the livestock industry drones are being touted as the next big thing to monitor flocks over huge distances, saving fuel, land compaction and time.”[3] One thing that is not in short supply is sea water. There are some interesting ongoing experiments exploring how we can better use the sea to address food security. As Grossman’s headline notes, seaweed may be one of things that contributes to future food security. She explains:

“An old British Isles seaweed extract with crop boosting properties, enigmatically named SM6 — … is grabbing the interest of the food science and farming sectors. Produced by a small organics business, UK-based Chase Organics, enquiries for the extract are pouring in from all corners of the world, including from Canadian marijuana farms and golf courses. Farmers in countries ranging from Spain to South Korea have placed record numbers of orders for SM6, a highly concentrated liquid bio stimulant whose efficacy is due to its 30% seaweed solids and low pH composition, while Japan famously bans other products like this from abroad; SM6 is the only one they will allow into the country.”

A Dutch team is taking another approach to using the sea. It is pioneering development of crops fed by sea water. The crop on which the team is experimenting is potatoes. Journalist Tracy McVeigh explains:[4]

“Inspired by sea cabbage, 59-year-old Marc van Rijsselberghe set up Salt Farm Texel and teamed up with the Free University in Amsterdam, which sent him [Dr Arjen] de Vos to look at the possibility of growing food using non-fresh water. Their non-GM, non-laboratory-based experiments had help from an elderly Dutch farmer who has a geekish knowledge of thousands of different potato varieties. ‘The world’s water is 89% salinated, 50% of agricultural land is threatened by salt water, and there are millions of people living in salt-contaminated areas. So it’s not hard to see we have a slight problem,’ said van Rijsselberghe. ‘Up until now everyone has been concentrating on how to turn the salt water into fresh water; we are looking at what nature has already provided us with.’ The scarcity of fresh water has been labelled as the planet’s most drastic problem by the World Bank, NGOs, governments and environmentalists. A fifth of the world’s population already lives in areas of drought, and climate change is only going to exacerbate the problem. Poor farming practices, along with road and pavement building, is raising water tables and increasing the salination of rivers and lakes — in the Western Australian wheat-belt alone, salinity has caused a 50% fall in the numbers of wetland bird species, and threatened 450 plant species with extinction. Attempts to desalinate sea water are going on around the globe. … But removing the dissolved minerals is expensive, requires much energy and the leftover concentrated brine has to be disposed of. The process is far too expensive to be used for irrigation in poorer countries. But thanks to a partnership with Dutch development consultants MetaMeta, several tonnes of the Texel seed potatoes are now on their way to Pakistan where thousands of hectares of what until now had been unproductive land because of sea water encroachment have been set aside for them. If the experiment works and the potatoes adapt to the Asian climate, it could transform the lives of not only small farmers in Pakistan and Bangladesh, where floods and sea water intrusion wipe out crops with increasing regularity, but also worldwide the 250 million people who live on salt-afflicted soil.”

Van Rijsselberghe is working on other crops in addition to potatoes, including strawberries. He says it’s time to stop thinking about the sea being for fisherman alone. Although the development salt-tolerant crops would go a long ways towards increasing the amount of land that could be made available for growing crops, it is just one of the challenges that remains to be faced. Fortunately, researchers are working hard to solve all of the food security challenges but they can’t succeed alone. We each must do our part.