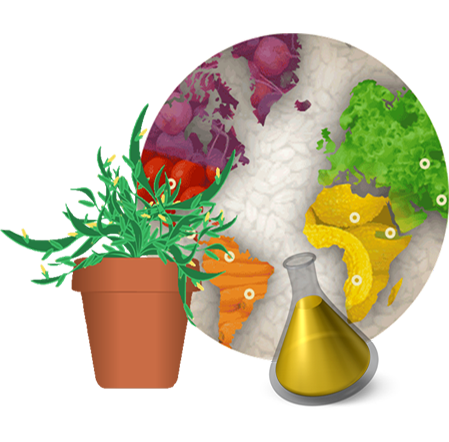 Earlier this year, the Pew Research Center released results from two polls that indicate a majority of scientists have confidence in the safety of genetically modified/bioengineered foods, but a majority of U.S. adults are skeptical.[1] It’s never a good thing when people decide to ignore science. The scientific method has allowed the human race to achieve advances that were unimaginable by generations that were mired in folklore and mythology. Scientists have always found adversaries among those who don’t want to see things change or whose ideas are challenged. Do scientists always get thing right? Of course not. But when they get things wrong (i.e., when their theories or study results cannot be proven using the scientific method), they are challenged by other scientists. A true scientist is always open to new information. That can’t be said about everybody.

People are particularly cautious when people start fooling with their food supply; and who can blame them? In the early experimental days of genetically modifying organisms (GMOs) (sometimes referred to as genetically engineered (GE) foods), caution was absolutely essential because there was no way of really knowing how safe they would be. There was simply no evidence one way or the other. The same can’t be said today. Jon Entine (@JonEntine), a Senior Fellow at the Center for Health & Risk Communication and the Statistical Assessment Service (STATS) at George Mason University, writes, “Although there have been more than 2,000 studies documenting that biotechnology does not pose an unusual threat to human health and genetically modified foods are as safe or safer than conventional or organic foods, questions remain in the minds of many consumers.”[2] For more information on this subject, read my article entitled “Food Security: Don’t Let Fears of Frankenfoods Put the World’s Poor at Risk.”

As the Pew surveys demonstrate, in spite of evidence to the contrary, there are still people who fear GMO and bioengineered foods. One famous skeptical scientist has finally seen the light. John Hammontree (@JohnHammontree) reports, “Bill Nye the Science Guy, one of the most well-known anti-GMO scientists, appears to have reversed his stance on genetically-modified food.”[3] Hammontree continues:

“Following a visit to Monsanto, Nye is planning to edit that chapter in his book, saying, ‘I spent a lot of time with the scientists there, and I have revised my outlook, and I’m very excited about telling the world.’ What’s the sudden about face? Is everyone’s favorite substitute science teacher on the take? Probably not. In fact, the overwhelming majority of the scientific community has been on board with genetically modified food for quite a while. Farmers and scientists have been experimenting with crop engineering for millennia by selectively breeding plants and animals with desirable traits; GMOs are simply the scientific extension of that practice. Scientists extract the DNA of one organism, modify it and insert it into another.”

I’m not advising throwing caution to the wind. Humans have shown a propensity for carelessness when it comes to the environment that can’t be overlooked. Nevertheless, when it comes to GMO and bioengineered crops, I’m convinced by the studies that they have a place in helping ensure our future food supply. My primary interest in this subject has to do with future food security for the world’s poor. Without the help of science, crops needed to sustain them might not be available — thanks in large part to climate change. We know that arable land remains at a premium and that will not change. That means that we have to produce as much food as we can on land available for agriculture. Robert Wager (@RobertWager1), a member of the Biology department at Vancouver Island University, writes, “If the world is to grow more food on the same amount of land, we must do it in a more sustainable manner. In this regard, the testing of GE crops for environmental considerations is just as extensive as that for food safety.”[4] He elaborates:

“Although most of the testing is done by the companies that wish to market any given GE crop, the type of testing, the number of tests, the number of and type of animals used, the number and type of controls, the composition of test diets, the duration of tests, etc. are all determined by international agreed Organization for Economic Co-operation and Development (OECD) standards. The OECD has issued Consensus Documents that describe composition, nutrients, anti-nutrients and other compounds of biological relevance for each crop. Every GE crop is compared to its isogenic (same genetic background except for transgene insertion) non-GE crop for compositional comparisons. Comparisons may include proximates (protein, fat, ash, carbohydrates, and moisture), fiber, minerals, amino acids, fatty acids, vitamins, anti-nutrients, endogenous allergens, and secondary metabolites. Along with compositional comparisons, GE crops undergo toxicology, molecular, allergenic and nutritional comparisons. Exactly how these tests must be performed is detailed in the European Food Safety Authority 2011 document- Guidance for risk assessment of food and feed from genetically modified plants.”

Elizabeth Lopatto (@mslopatto), Headmaster of The Verge Science Academy, reports that Bill Gates is convinced that GMO and bioengineered crops have an important role to play in food security; especially in developing countries. She writes, “A new generation of highly productive crops, Gates suggests, are part of the solution to address global hunger — seeds that are drought-resistant, disease-resistant, productive, and nutritious could benefit farmers. Some of the crops can be bred through traditional methods, but Gates thinks many African countries will adopt GMOs, or genetically modified organisms.”[5] Lopatto offers a good example of how a GMO crop can help save a basic food crop in a developing nation.

She reports that Ugandans eat more bananas per capita than people in any other country. Unfortunately, a bacterial disease called banana wilt started affecting Ugandan banana plants in 2001. The disease “turns the banana plant’s sap into ooze, wilts the leaves, rots the fruit, and eventually destroys the crop.” Scientists at Uganda’s National Agricultural Research Organization (NARO) have “created a genetically modified banana by inserting a green pepper gene into the banana’s genome. The new gene seems to trigger a process that kills infected cells and saves the plant.” Unfortunately, Lopatto reports that Uganda doesn’t have any regulations in place concerning GMO crops, “and Uganda is obligated to take a cautionary approach to GMO technology, as signer of 2000’s Cartagena protocol. The Ugandan government is considering passing a law that would allow the introduction of GMOs, including the bacteria-resistant banana, but some food scientists worry it may open the door to corporate exploitation by multinational companies like Monsanto down the line.” In the meantime, Uganda’s banana crop continues to be devastated.

In the end, commercial enterprises, like Monsanto, and governments need to work together to ensure that future crops are both available and affordable. Unaffordable seeds help no one. Lopatto concludes her article with another important observation. “Without infrastructure — roads, granaries, markets, irrigation — and policy changes, more food won’t eliminate hunger. And while GMOs like the wilt-resistant banana may save critical crops, it’s not clear they can ensure food security in hungry communities.” There are a lot of pieces to the food security challenge, GMO and bioengineered crops are some of those pieces.