In a recent post entitled Sewage and Cleantech, I indicated that I would be writing about the challenges of dealing with animal waste in a future post. This is that post. Voltaire once wrote, “Nothing would be more tiresome than eating and drinking if God had not made them a pleasure as well as a necessity.” We all know that the pleasures of food are only available because of a lot of hard work by those in the agricultural sector. Today, along with having to worry about the volatility of the futures market, credit availability, and the weather, farmers and ranchers have to deal with environmental issues such as the release of greenhouse gases and the disposal of waste. Everyone wants food, but no one wants a hog farm or stockyard next door. In several past posts, I’ve noted that cattle are often pointed to as a major source of greenhouse gases. Cows aren’t the only source of greenhouse gases produced in the agricultural sector, however. Twenty-one countries are now collaborating to study how reductions in such emissions can be made [“U.S., 20 other nations team to research greenhouse gas emissions from farms,” by David A. Fahrenthold, Washington Post, 16 December 2009]. Countries that have committed to collaborate include: Australia, Britain, Canada, Colombia, Chile, Denmark, France, Germany, Ghana, India, Ireland, Japan, Malaysia, the Netherlands, New Zealand, Spain, Sweden, Switzerland, the United States, Uruguay and Vietnam. Fahrenthold reports:

“The United States will join 20 other countries in a ‘research alliance’ to better understand — and prevent — greenhouse-gas emissions from farms, Agriculture Secretary Tom Vilsack announced. … [He] said the Agriculture Department will increase its spending on farm-emissions research by $90 million over four years, to a total of $130 million. The research, Vilsack said, will be shared with the other countries in the alliance.”

In addition to the well-know belching of cows, Fahrenthold indicates that farm-related sources of greenhouse-gas emissions include the burning of crop residues, methane released from decaying manure, and gases emanating from fertilized soil. He continues:

“Together, agricultural sources account for about 6 percent of all U.S. emissions and 14 percent of missions worldwide, U.S. figures show. The department said the research money would be used to find new ways of tending fields and treating animal manure, to reduce their emissions.

The Department of Agriculture had previously announced “an agreement with an association of dairy farmers intended to create a 25 percent reduction in emissions from dairy farms by 2020. The department said the agreement would involve efforts to increase the use of manure ‘digesters,’ which use the methane produced by decaying waste to generate electricity.” Farmers and environmentalists alike are thrilled when solutions to waste disposal can be found that are both eco-friendly and cost effective. For farmers, dealing with waste is just another matter that demands around-the-clock attention [“Down on the Farm, an Endless Cycle of Waste,” by Henry Fountain, New York Times, 29 December 2009]. Fountain reports:

“Proper handling of [waste] material is one of the most important tasks faced by a dairy operator, or by a cattle feedlot owner, hog producer or other farmer with large numbers of livestock. Manure has to be handled in an environmentally acceptable way and at an acceptable cost. In most cases, that means using it, fresh or composted, as fertilizer. ‘It’s a great resource, if used properly,’ said Saqib Mukhtar, an associate professor of biological and agricultural engineering at Texas A&M University and an expert on what is politely called manure management. But as the increasing incidence of environmental and health problems linked to agriculture makes clear, when manure is mismanaged the nutrients in it can foul streams, lakes and aquifers; the pathogens in it can contaminate food products; and the gases it produces, including ammonia, methane and bad-smelling volatile compounds, can upset neighbors and pollute the atmosphere. Even with best practices, manure can cause environmental headaches. So researchers are working on ways to improve its handling, to modify the nutrients in it and to develop alternative uses.”

Fountain begins his article with an example of how one farmer deals with the problem:

“Day and night, a huge contraption prowls the grounds at Frank Volleman’s dairy in Central Texas. It has a 3,000-gallon tank, a heavy-duty vacuum pump and hoses and, underneath, adjustable blades that scrape the surface as it passes along. In function it is something like a Zamboni, but one that has crossed over to the dark side. This is no hockey rink, and it’s not loose ice being scraped up. It’s cow manure. Lots of cow manure. A typical lactating Holstein produces about 150 pounds of waste — by weight, about two-thirds wet feces, one-third urine — each day. Mr. Volleman has 3,000 lactating Holsteins and another 1,000 that are temporarily ‘dry.’ Do the math: his Wildcat Dairy produces about 200 million pounds of manure every year.”

What does Mr. Volleman do with all that waste material? Fountain continues:

“When the tank is about half full, the worker drives it to a nearby patch of dirt, opens a valve and spreads — sprays, really — the manure out to dry. Twice a week, the solids are scraped into windrows and then spread on fields as fertilizer. Even dried, manure contains a lot of water, so it is not economical to truck it very far — beyond about 10 miles, it is cheaper for a farmer to buy inorganic fertilizer. Some dairy producers compost their manure, making it more valuable as fertilizer, but composting costs time and money. Mr. Volleman’s manure is spread only on his fields and those of nearby farmers. ‘We bring the manure to their fields, they spread it out to grow crops, we bring the crops back to feed the cows,’ he said. ‘So it’s kind of a circle — a closed circle.'”

Relatively speaking, manure is easier to deal with than liquid wastes. Fountain explains:

“The liquids in the manure are part of a closed circle as well. Everything at the dairy is sited with gravity in mind, so that all liquids — the runoff from the drying area, wet manure left behind in the alleys, wastewater from the milking parlor and rainwater — drain into the first of three interconnected lagoons that are lined with compacted clay. The first lagoon is bubbly and dark, with anaerobic bacteria digesting the organic matter to reduce odor. By the third lagoon, the water is clear and dilute enough to be pumped to irrigation equipment on Mr. Volleman’s fields.”

Those holding tanks must occasionally be drained so that the waste material (i.e., the sludge) that has settled to the bottom can be responsibly disposed. By now you should have a pretty good idea about why the handling and disposal of agricultural waste products is such a concern and why it deserves the attention it is receiving. Fountain continues:

“The margin for error in handling both the solids and liquids is thin. Farmers must plan where and when they spread dried manure, both to avoid odor complaints from downwind neighbors and to avoid overapplying nutrients that may run off in a rainstorm. … One problem, said Robert T. Burns, a professor in the department of agricultural and biosystems engineering at Iowa State University, is that manure typically has more phosphorous than needed. ‘Manure is an unbalanced fertilizer from the plant’s view,’ Dr. Burns said. Diet modification can help, to some extent. Phosphorous is added to dairy feed as a supplement, and research has shown that it tends to be added in excess, said William P. Weiss, a professor in the animal sciences department at Ohio State University. ‘You can get good milk and good health at much lower levels,’ Dr. Weiss said. ‘And every gram less they feed is a gram less excreted.’ Nitrogen, on the other hand, comes from protein, and a lactating cow needs to consume a lot of protein. ‘Decrease it a bit, and then milk production falls off,’ Dr. Weiss said. With nitrogen, the problem is usually not that there is too much, but that much of it is eventually lost from the manure in the form of gaseous ammonia. The bacteria in feces contain an enzyme, urease, that breaks down urea in urine into carbon dioxide and ammonia. As with phosphorous, diet can affect the amount of nitrogen retained in the manure. As corn-based ethanol production has increased in the United States, many dairies and feedlots now give their animals a large amount of so-called distillers’ grains, the waste corn after fermentation, which are plentiful and cheap. A recent study of feedlots in the Texas Panhandle, by scientists with the United States Department of Agriculture, showed that feeding a diet high in distillers’ grains produced significantly higher ammonia emissions from the manure.”

Problems that appear straight forward, like disposing of animal waste material, almost always turn out to be more complicated than anticipated. Even if you manage to balance animal diets and collect and handle waste materials properly, there are still challenges to be faced — like emissions released during plowing and fertilization. People are working on solutions in that area as well. Fountain explains:

“Emissions problems can also be reduced by changing how the manure is applied. Tilling the soil immediately after application of dried manure can help reduce odors, Dr. Mukhtar said. And if manure is directly injected into the soil in slurry form, Dr. Burns said, the ammonia can better bind with the soil. Currently in Iowa, a major hog-producing state, about 80 percent of hog manure is injected. When it comes to the liquid end of things, there are delicate balances to be maintained as well. Regulations vary by state, but in Texas, manure lagoons have to be big enough to handle a severe rainstorm of the type that occurs, on average, only once every quarter-century. The danger is that an overflow from a lagoon, with its high concentration of organic matter and nutrients, could eventually reach a creek or some other body of water and kill fish.”

One only has to recall the severe flooding in North Carolina following Hurricane Floyd that threatened to release some 37 billion gallons of toxic waste from hog farms into the water systems of that state to understand why dealing with agricultural waste is becoming a top priority. Fountain concludes:

“Controlling solids is crucial, said Dr. Mukhtar, who has evaluated other methods for doing so, including a ‘weeping wall’ system, manure storage areas with porous walls that filter the solids from the liquids. Even when solids are controlled, Dr. Mukhtar said, sludge builds up in a lagoon and eventually has to be removed. Neglecting to do so results in less water, and less bacteria, in the mix. ‘All of a sudden this is not a properly functioning lagoon,’ he said. ‘That’s where we have odor issues.’ Another option is to digest the manure in a tank (or, alternatively, put a cover over a lagoon) to produce gas that can be burned for heat or electricity. Another approach, gasification, heats the manure to collect combustible gases. Those options, however, are expensive.”

There are, of course, natural tensions that exist between farmers who want to make a profit and consumers who want to buy cheap food and between environmentalists who want reductions in greenhouse gas emissions and controlled toxic wastes and farmers who see such efforts as eating away at their already slim profit margins. Consumers are not bystanders in this area. We all eat. We all want a clean environment. We all want affordable food. Let’s hope the consortium of researchers from 21 countries mentioned above can help ease the tensions by coming up with some effective and affordable solutions. 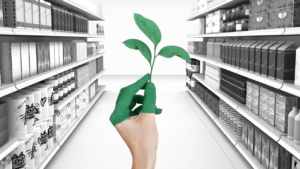