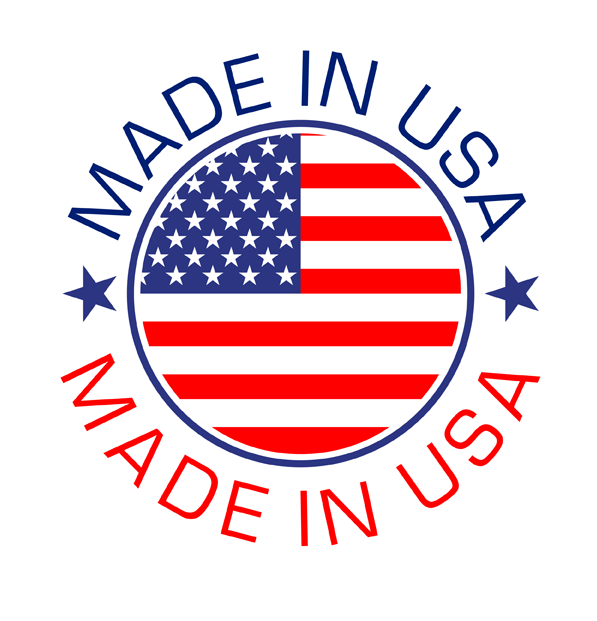 Even as political battlelines in the United States harden, the push for “Made in America” products is being made from both the right and left. In some cases, support for “Made in America” is more show than actual support. For example, an email I received from Axios noted that one far-right clothing company was recently fined by the Federal Trade Commission for ripping out “Made in China” tags and replacing them with “Made in America” tags. And, on the other side of the political aisle, the Office of Management and Budget notes, “The President believes that when we spend American taxpayers’ dollars, it should support American workers and businesses. In his first week in office, President Biden signed Executive Order 14005, Ensuring the Future is Made in America by All of America’s Workers, launching a whole-of-government initiative to strengthen the use of federal procurement to support American manufacturing.”[1] All this rhetoric makes it sound like Americans are beating a path towards splendid isolation. Reality says something quite different. Before examining that reality, let’s look at the events that stirred nationalist economic fervor.

Did Globalization Go Too Far?

Michael P. Collins, President of MPC Management, writes, “In 1984, John Naisbitt, in his best-selling book Megatrends, said that Third World countries would take over manufacturing, and the U.S. would happily transition to a service economy where most people would work in service jobs rather than work with their hands. His prediction was prophetic. Today there are 135 million service workers versus 13 million manufacturing workers.”[2] He continues, “Many economists and academics jumped on the ‘post-industrial service’ bandwagon and convinced themselves and most citizens that the transition is a good and inevitable thing. In 2005, The Economist published an article that summarizes the prevailing belief about manufacturing employment. The article, titled ‘Industrial Metamorphosis,’ carried the following brief description: ‘Factory jobs are becoming scarce. It’s nothing to worry about.'” As it turns out, it was something to worry about.

Although there is no denying that globalization made enormous contributions to the global economy and raised millions of people out of poverty, the belief that countries could move to a post-industrial economy without serious consequences turned out to be a myth. A decade ago, economist Susan Helper (@helper_susan), along with Brookings Institution analysts Timothy Krueger and Howard Wial, wrote, “Manufacturing matters to the United States because it provides high-wage jobs, commercial innovation (the nation’s largest source), a key to trade deficit reduction, and a disproportionately large contribution to environmental sustainability.”[3]

Additionally, the pandemic opened many American’s eyes to the fact that the U.S. is now dependent on countries like China for many of the essential items it requires for its health and safety. For decades, consumers turned a blind eye to what was happening so they could enjoy the benefits of lower-priced products. Today, however, you hear much more talk about reshoring and nearshoring manufacturing in order to make America’s supply chains more secure. Few Americans, however, would celebrate the unintended consequences of isolating the U.S. economy from the rest of the world — if that were even possible. According to economic journalist Simon Kuper (@KuperSimon), “Today’s isolated countries yearn to globalize.”[4]

Kuper notes, “Globalization is never just about trade. It also involves travel, foreign music, and openness to other ways of life, religion and sex. Some people, especially older ones, fear these novelties but most crave them.” Globalization has been defined in terms of various flows. The flow of goods, the flow of money, the flow of people, and the flow of ideas. The latter two flows — the flow of people and ideas — have been sorely tested over the past decade. As a result, notes economics journalist Alan Beattie (@alanbeattie), “There’s a counsel of doom which … contends that the post-cold war surge of globalization which stitched together the advanced and developing economies had a good run, but that the patchwork, increasingly stretched by geopolitical rivalries, is now coming apart into two or three pieces.”[5] He adds, “Nice narrative, but there’s not much evidence to support it. Not only are most standard measures of globalization — cross-border movement of goods, services, capital, data and people — doing pretty well, but governments are showing that shrewd multipedal maneuvering can keep their feet in more than one camp.”

Nevertheless, globalization is changing — especially when it comes to supply chains and the movement of goods. Supply chain expert Bernard Milian explains, “The tremors of recent years, from Brexit and Covid to the war in Ukraine, have prompted many companies and governments to realize how fragile supply chains can be. In the western press these last months, there is talk of reshoring, reindustrialization, and shortening our supply circuits.”[6] He sees that as a good thing. However, he wonders, “Will [all this talk] spell the end of globalization?” Quite to the contrary, he explains many companies seeking greater supply resilience are actually pursuing strategies that result in “more globalization, and more complex flows!”

I have argued for years that globalization will eventually look more like regionalization as value chains attempt to reduce costs by shortening supply lines. However, supply chain journalist Robert J. Bowman, observes that transportation isn’t the only consideration companies must take into account when it comes to manufacturing. Procurement must also be considered. He explains, “Much of the conversation around supply chain sustainability today focuses on the localization of sourcing, to cut down on emissions caused by moving product over long distances. But however laudable that goal might be, it’s not so easy to accomplish.”[7] He adds, “The issue of sourcing invariably gives rise to the key question: Sourcing of what? Finished goods? Components and assemblies? Raw materials? Rarely can a global supply chain rely on just one country or region for all of the content that goes into a given product — nor should it, given the risk of disruption caused by any number of unexpected events.” Is the future of globalization still up in the air? Yes. Nevertheless, Beattie provides fives good reasons to be optimistic about globalization’s future.[8] They are:

• Cross-border flows have recovered. Beattie reports, “Scott Lincicome of the Cato Institute points out [that] international services trade, foreign direct investment, migration, data flows were doing well before the pandemic and seem to have recovered over the past year.”

• Global supply chains remain integrated. According to Beattie, “The more sophisticated supply chains grow, the more difficult they become without international specialization. … In reality, the high-value parts of the chain are often geographically concentrated and hard to reproduce.”

• Geopolitics has yet to segment globalization. “It’s not straightforward to divide the world up into economic spheres and make countries or companies pick one,” Beattie writes. “China trade with the EU has continued rising despite trade tensions, and recovered in 2021 with the US after a couple of bad years.”

• Globalization has always bounced back. “Call this blind faith,” Beattie writes, “but the last rites for globalization have been read several times, and, on each occasion, it’s bounced up from its sickbed looking quite sprightly. Companies have been resourceful, technology supportive, and even actively destructive governments haven’t crashed it.”

José Manuel Barroso, chair of Goldman Sachs International and a former president of the European Commission, notes that onshoring, renationalization and regionalization have become the latest trends for companies, slowing the pace of globalization. He states, “[Globalization faces] friction from nationalism, protectionism, nativism, chauvinism if you wish, or even sometimes xenophobia, and for me, it is not clear who is going to win.”[9] Most pundits agree that some form of globalization will win the day. As Kuper concludes, “There’s only one thing worse than being globalized, and that’s not being globalized.”

Countries and companies seem to understand that. As a result, Beattie concludes, “The fabric of globalization has proved so densely woven it has resisted attempts at unravelling. Of course, the political divisions between the big trading powers, particularly the US and China, are a constant worry. If tensions over Russia — or Taiwan — escalate, that threat will become acute. But so far, none of those powers have shown themselves strong enough to force countries to choose an exclusive bloc. This is not the cold war. It’s far more interesting than that.” That doesn’t mean that globalization isn’t changing or that changes shouldn’t be made. All things considered I don’t believe most Americans believe that splendid isolation is a goal that should be pursued.