Home » Big Data » Data and Water: Lots of the Former, Less of the Latter 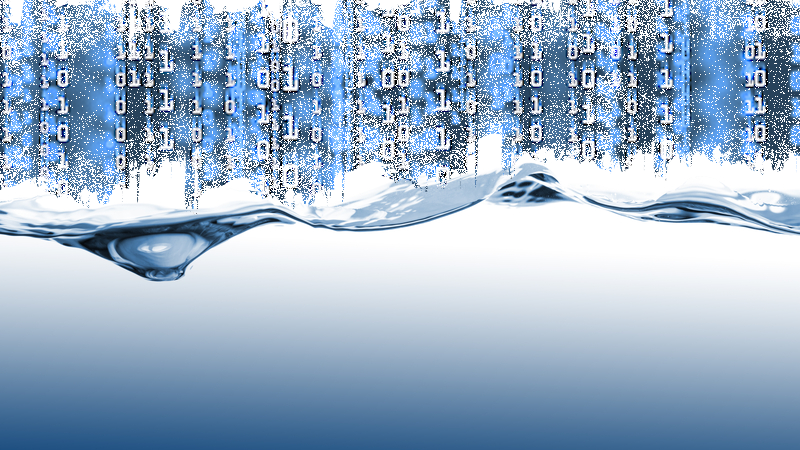 Data and Water: Lots of the Former, Less of the Latter

“Data has become the world’s most valuable asset,” writes Kamalika Some (@KamalikaSome), a Freelance Content Strategist in the areas of Data Science and Digital Transformation. “Advancements in the accessibility and capacity of tools for collecting, transmitting, storing, analyzing and acting upon data is making it easier to gather information and turn it into knowledge.”[1] Here’s the rub. Storing and analyzing all that data is adversely affecting another of the world’s most valuable assets: water. Journalist Kathryn Reid notes, “There’s nothing more essential to life on earth than water. Yet, from Cape Town to Flint, Michigan, and from rural, sub-Saharan Africa to Asia’s teeming megacities, there’s a global water crisis. People are struggling to access the quantity and quality of water they need for drinking, cooking, bathing, handwashing, and growing their food.”[2] If the future is going to be as bright as we hope it will be, we need to ensure that the data we want doesn’t adversely affect the water we need.

The Ongoing and Growing Water Crisis

Staff members at the World Wildlife Fund succinctly detail the current global water crisis. They write, “Water covers 70% of our planet, and it is easy to think that it will always be plentiful. However, freshwater — the stuff we drink, bathe in, irrigate our farm fields with — is incredibly rare. Only 3% of the world’s water is fresh water, and two-thirds of that is tucked away in frozen glaciers or otherwise unavailable for our use. As a result, some 1.1 billion people worldwide lack access to water, and a total of 2.7 billion find water scarce for at least one month of the year.”[3] The WWF staff goes on to note, “Inadequate sanitation is also a problem for 2.4 billion people — they are exposed to diseases, such as cholera and typhoid fever, and other water-borne illnesses. Two million people, mostly children, die each year from diarrheal diseases alone. Many of the water systems that keep ecosystems thriving and feed a growing human population have become stressed. Rivers, lakes and aquifers are drying up or becoming too polluted to use. More than half the world’s wetlands have disappeared. Agriculture consumes more water than any other source and wastes much of that through inefficiencies. Climate change is altering patterns of weather and water around the world, causing shortages and droughts in some areas and floods in others. At the current consumption rate, this situation will only get worse. By 2025, two-thirds of the world’s population may face water shortages. And ecosystems around the world will suffer even more.”

Mami Mizutori (@HeadUNDRR), the U.N.’s special representative for disaster risk reduction, asserts, “Drought is on the verge of becoming the next pandemic and there is no vaccine to cure it.”[5] A United Nations’ press release reports, “Droughts have triggered economic losses of at least $124 billion and hit more than 1.5 billion people between 1998 and 2017. … But even these figures, it said, are ‘most likely gross under-estimates’. Global warming has now intensified droughts in southern Europe and western Africa, the U.N. report said with ‘some confidence’. And the number of victims is set to ‘grow dramatically’ unless the world acts.” Claire Felter and Kali Robinson, staff members with the Council on Foreign Relations, note, “Water scarcity is often divided into two categories: physical scarcity, when there is a shortage of water because of local ecological conditions; and economic scarcity, when there is inadequate water infrastructure. The two frequently come together to cause water stress.”[6] Physical scarcity can also result when demand for water outstrips availability. As it turns out, some of the world’s largest tech companies can help address this situation.

Most experts agree that the agriculture sector needs to improve its water-use efficiency and that aging water systems need to be updated to prevent leakage and waste. Those topics, however, are a bit afield of this discussion about how the Digital Age is adversely affecting the global water situation. Most people have heard the term “cloud computing.” The “cloud” in question doesn’t provide rain it consumes water — and lots of it. The “cloud”, in actuality, consists of warehouses filled with computers storing all of the data generated by people, businesses, and machines (e.g., the Internet of Things (IoT)). A typical data warehouse consumes up to 1.25 million gallons of water each day in an attempt to keep the computers from overheating. According to reporter Olivia Solon (@oliviasolon), communities worried about access to potable water are starting to push back against tech giants operating data storage warehouses near them.[4]

The conundrum is that demand for data warehouses is growing. Solon explains, “The spike in use of data-intensive cloud services such as video conferencing tools, video streaming sites like Netflix and YouTube and online gaming, particularly as people quarantined during the pandemic, has increased demand for the computing power offered by data centers globally. And this means more data centers are being built every day by some of America’s largest technology companies, including Amazon, Microsoft and Google and used by millions of customers. According to the Synergy Research Group, there were about 600 ‘hyperscale’ data centers, massive operations designed and operated by a single company that then rents access to cloud services, globally by the end of 2020. That’s double the number there were in 2015. Almost 40 percent of them are in the United States, and Amazon, Google and Microsoft account for more than half of the total.”

Large tech companies are very aware of concerns people have about the energy and other resources they consume — and some large tech firms are trying to reduce the negative impact of their operations. For example, Google, one of the world’s largest consumers of electricity, has been striving for years to reduce the amount of power it requires to operate and cool its data centers — and artificial intelligence (AI) has helped them make significant progress.  Google notes, “Existing data centers use roughly 2% of the world’s electricity, and if left unchecked, this energy demand could grow as rapidly as Internet use. So making data centers run as efficiently as possible is a very big deal.”[7] To date, efforts have been focused on reducing energy consumption rather than water consumption. It doesn’t necessarily follow that if you reduce energy consumption you also reduce water consumption. Solon explains, “All centers need some form of cooling technology, typically either computer room air-conditioning systems — essentially large units that cool air with water or refrigerant — or evaporative cooling, which evaporates water to cool the air. Evaporative cooling uses a lot less electricity, but more water. Since water is cheaper than electricity, data centers tend to opt for the more water-intensive approach.” It’s time for large tech companies to address both energy and water consumption.

Historically, water has been an undervalued resource. As the global water crisis continues, that is likely to change. Cora Kammeyer, a senior researcher with the Pacific Institute, told Solon, “Cities don’t want to tell tech companies that they can’t come to their city because of lack of water.”[8] In the years ahead, however, economic development and water conservation are going to be topics that must be addressed together. The winners will prove to be the most innovative public/private partnerships. Solutions will vary depending on location and will include everything from recycling water to water reclamation to water desalinization. The sooner solutions are found and implemented the better.