The news has been filled lately with reports of food shortages and rising prices. There have been reports of food hording, even in the United States. In response, places like Costco and Sam’s Club have put restrictions on how much rice their customers can buy. I’ve written a couple of posts on the connection between rising food prices and the increased production of biofuels [Search for Oil Alternatives Pushes Food Prices Higher and Rising Food Prices take the World’s Stage]. I made it clear in the latter post that using food sources to produce biofuel was only one of the reasons that food prices were rising. New York Times columnist Roger Cohen is concerned that the current food crisis could cripple the biofuel industry and he, like many others, believe that would be a big mistake [“Bring on the Right Biofuels,” 24 April 2008]. He writes:

“Fads come fast and furious in our viral age, and the reactions to them can be equally ferocious. That’s what we’re seeing right now with biofuels, which everyone loved until everyone decided they were the worst thing since the Black Death. Where fuel distilled from plant matter was once hailed as an answer to everything from global warming to the geo-strategic power shift favoring repressive one-pipeline oil states, its now a ‘scam’ and ‘part of the problem,’ according to Time magazine. Ethanol has turned awful. The supposed crimes of biofuels are manifold. They’re behind soaring global commodity prices, the destruction of the Amazon rain forest, increased rather than diminished greenhouse gases, food riots in Haiti, Indonesian deforestation and, no doubt, your mother-in-law’s toothache. Most of this, to borrow a farm image, is hogwash and bilge.”

It’s clear that Cohen believes that he must fight hyperbole with hyperbole. Turning food crops into biofuel is “part” of the problem, but that doesn’t make it awful or a scam. Cohen tries to dismiss the issue with sarcasm, and that doesn’t help the case he is trying to make. Having vented, however, Cohen does start building his case for the “right” biofuel.

“I’ll grant that the fashion for biofuels led to excess, and that some farm-to-fuel-plant conversion, particularly in subsidized U.S. and European markets, makes no economic or environmental sense. But biofuels remain very much part of the solution. It just depends which biofuels.”

Before he gets to meat of his argument, Cohen insists on debunking arguments that he feels are getting in the way of good policy. Some of the factors that Cohen writes about are ones mentioned in my last blog on the subject.

“If Asian rice prices are soaring, along with the global prices of wheat and maize, it’s not principally because John Doe in Iowa or Jean Dupont in Picardy has decided to turn yummy corn and beet into un-yummy ethanol feedstock. Much larger trends are at work. They dwarf the still tiny biofuel industry (roughly a $40 billion annual business, or the equivalent of Exxon Mobil’s $40.6 billion profits in 2007). I refer to the rise of more than one-third of humanity in China and India, the disintegrating dollar and soaring oil prices. Hundreds of millions of people have moved from poverty into the global economy over the past decade in Asia. They’re eating twice a day, instead of once, and propelling rapid urbanization. Their demand for food staples and once unthinkable luxuries like meat is pushing up prices. At the same time, the rising price of commodities over the past year has largely tracked the declining parity of the beleaguered dollar. Rice prices have shot up in dollar terms, far less against the euro. Countries like China are offloading depreciating dollar reserves to hoard stores of value like commodities. Food price increases are also tied to oil being nearly $120 a barrel. Fossil fuels are an important input in everything from fertilizer to diesel for tractors.”

Cohen didn’t talk about the drought in Australia that had a major impact on the global rice supply. I found it interesting that he tried to turn a negative story (i.e., food shortages and rising prices) into a positive story (i.e., prices are going up and supplies are going down because globalization has helped billions of people out of poverty and they can now afford to buy and eat more food). Cohen now turns to the subject he was eager to discuss — the right biofuel.

“Another myth that needs nuking is that the Amazon rain forest is being destroyed to make way for Brazilian sugar-cane ethanol. Almost all viable cane-growing areas lie hundreds of miles from the rain forest. Brazil has enough savannah to multiply its 3.5 million hectares of cane-for-ethanol production by ten without going near the Amazon ecosystem. Brazilian rain forest is burning, as it long has, for a complex mix of economic reasons. … biofuel is not one of them. The danger in all this anti-biofuel hysteria is that we’ll throw out the baby with the bath water. … What’s clear is that ethanol presents the only technically and economically viable alternative for large-scale substitution of petroleum fuels for transport in the next 15 to 20 years. It’s not a panacea, but it’s a necessary bridge to the next technological breakthrough. The question is: which ethanol?”

The right biofuel, Cohen argues, is ethanol produced from sugarcane. After all, we know that sugar makes you fat and rots your teeth. Why not put it to a more productive use and decrease diabetes around the world at the same time.

“Right now, the biofuel market is being grossly distorted by subsidies and trade barriers in the United States and the European Union. These make it rewarding to produce ethanol from corn or grains that are far less productive than sugarcane ethanol, divert land from food production (unlike sugarcane), and have dubious environmental credentials. What sense does it make to have a surplus of environmentally friendly Brazilian sugar-based ethanol with a yield eight times higher than U.S. corn ethanol and zero impact on food prices being kept from an American market by a tariff of 54 cents on a gallon while Iowan corn ethanol gets a subsidy? ‘It would make a lot more sense to drop the tariff, drop the subsidy, and allow Brazilian ethanol into the United States,’ said Philippe Reichstul, the chief executive of a biofuel company in São Paulo. ‘Pressure on U.S. land will be slashed.’ The United States and Europe should maintain their biofuel targets. Pressure to scrap a European plan for renewable fuels to supply a tenth of all vehicle fuel by 2020 must be resisted while rethinking the policies that favor the wrong biofuels. The real scam lies in developed world protectionism and skewed subsidies, not the biofuel idea.”

In an earlier post, I focused on the nascent algae biofuel industry. Although there are significant technical challenges in turning algae into biofuel, finding solutions to those challenges would open up vast new non-food source areas for producing biofuel. Cohen is correct that we need to be smart as we move forward. Discarding biofuels is not necessarily the smart thing to do. 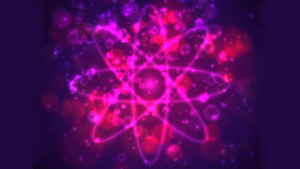 Yesterday, Secretary Jennifer Granholm announced that researchers at the Lawrence Livermore National Laboratory had a net energy gain in a fusion reaction for the first