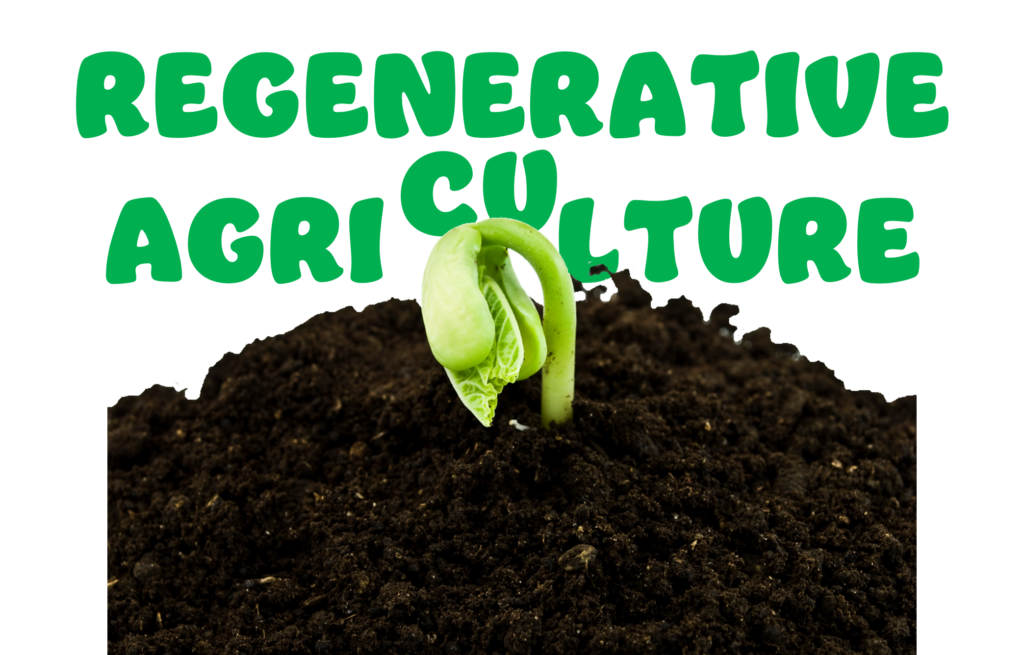 The world faces a conundrum that affects each and every person on the planet — we all need to eat; however, producing the food we need is a leading cause of climate change. One way experts recommend addressing this conundrum is to focus on regenerative agriculture. Analysts from Chesapeake Bay Foundation (CBF) explain, “Humans have been practicing agriculture for more than 10,000 years. Many of the farming practices used in varying forms of agriculture have had a significant impact on the sustainability of food systems, food security, animal wellbeing, environmental health, and human health. By taking the necessary steps and transitioning to more regenerative farming methods, agriculture could go from being considered one of the leading causes of health and environmental issues, to a solution for these problems.”[1] As discussed later in this article, some large consumer packaged goods (CPG) manufacturers are supporting the regenerative agriculture movement.

What is Regenerative Agriculture?

According to the CBF analysts, there is no single, accepted definition of regenerative agriculture. They write, “Regenerative agriculture has been defined in many ways, and its definition continues to evolve with time, practices, research, and new information. In simple terms, regenerative agriculture is a holistic approach to agriculture that focuses on the interconnection of farming systems and the ecological system as a whole. The concept of regenerative farming is not new. It was used by Indigenous communities centuries ago, long before industrial agriculture occurred. It consisted of farming practices based on pre-modern farming principles that work with the world’s natural systems instead of against them.” The staff at Kiss the Ground, a non-profit organization, adds, “There are no hard and fast rules to learning, implementing, or transitioning to regenerative agriculture — the approaches and techniques employed will vary by grower and region. And soil health practices can go beyond agriculture and involve landscapes throughout our non-agricultural lands, whether it is a city park, a front yard, or a school playground. Individuals, communities, and even large cities around the globe have started to wake up to the importance of soil and its critical role in our ecosystem.”[2]

Even though a universally accepted definition of regenerative agriculture may not be available, the Kiss the Ground staff insists the concept “incorporates six key components.” According to the staff, “The first [concept] is really important and unique to each person, the other five [concepts] are the principles that are employed depending on your context.” Those concepts are:

3. Establish a “Living Root”: Have a plant photosynthesize and pump carbon-based exudates into the soil to feed the soil biology for as long as possible throughout the growing season. Perennials are able to do this well.

4. Provide Soil Armor: Also referred to as “cover cropping,” bare soil exposed to the elements harms soil health, so it’s recommended to always have some living or dead debris covering the soil.

5. Integrate Animals: Have one or more types of animals move across your fields if it can work in your context, otherwise known as planned grazing.

6. Enhance Biodiversity: Add diversity to whatever it is you are growing — this could be planting diverse hedgerows throughout the farm, installing owl boxes, integrating honeybees, or diverse multi-species cover crops.

They conclude, “Not all these principles must be used at the same time, although they tend to work more effectively in combination.” The Kiss the Ground staff makes it abundantly clear that regenerative agriculture is primarily about protecting the Earth’s soil. World Economic Forum staff writer Victoria Masterson reports, “Within 50 years, there may not be enough soil left to feed the world, according to regenerative farming organization Regeneration International. … [And] damaged soil and eroded land can make environments more vulnerable to extreme weather events like flooding, which are increasing in frequency and intensity as the Earth warms.”[3]

Skeptics might believe the regenerative agriculture movement is some kind of fringe movement to be ignored by mainstream companies. They might be surprised to learn that many large CPG manufacturers are jumping on the regenerative agriculture bandwagon. Radio correspondent Dana Cronin reports more and more farmers are being supported in their regenerative agriculture efforts by large CPG manufacturers like PepsiCo and Unilever.[4] Help includes financing “this climate-friendly way of farming, which costs … thousands of dollars for additional machinery and seed.” Cronin adds, “This kind of cross-supply chain partnership could become increasingly common. A consortium of 12 food companies, including Mars, PepsiCo and McDonald’s, announced a plan to scale up the amount of regenerative farmland. The plan was released just days before the 27th Conference of the Parties to the United Nations Framework Convention on Climate Change (COP27) in Egypt.”

Although support for regenerative agriculture is growing, questions remain. Garvin Jabusch, Co-Founder and Chief Investment Officer at Green Alpha Advisors, explains, “We all know that we need large-scale agriculture to produce enough food to feed the world, but at the same time, current practices in conventional agriculture are rapidly destroying arable soil and other natural resources. This creates a predicament: how to keep growing food at scale without depleting the planet for ourselves and future generations. … But the nagging question remains: can regenerative agriculture truly scale to feed everyone?”[8] His optimistic answer: “Yes, given the right tools, it can.” Among the “right” tools, he claims are artificial intelligence and biotech. He concludes, “Regenerative agriculture and biotech can feed the world, and moreover, may ultimately be the only way to ensure the entire world’s population can be fed.”