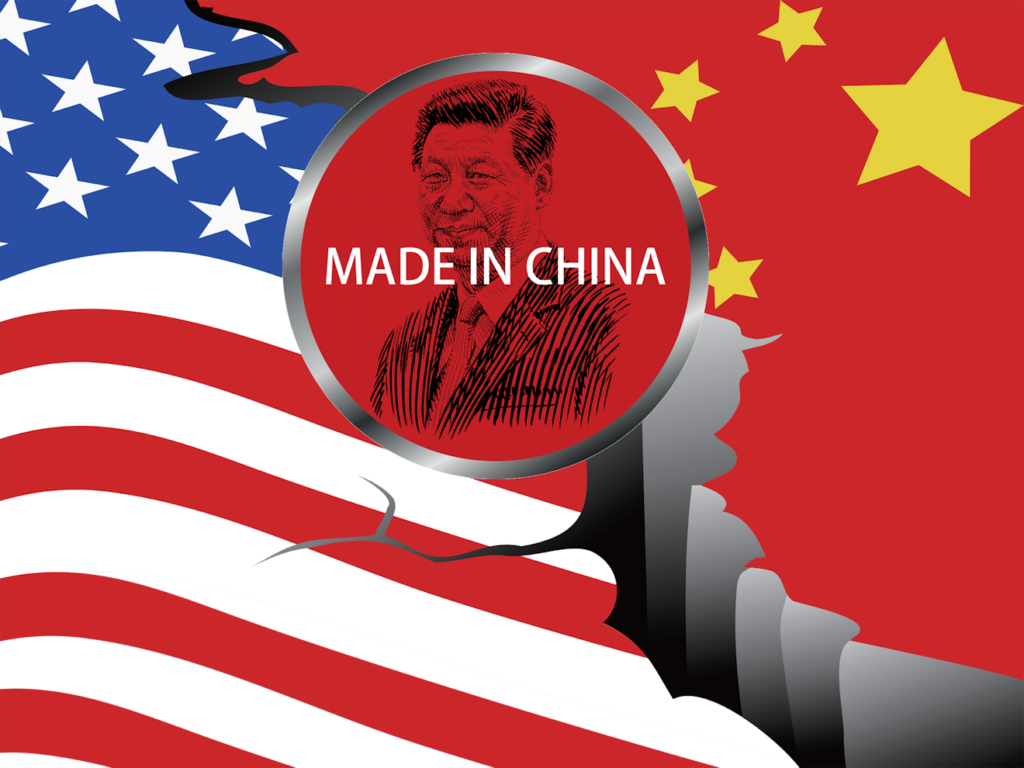 Democrats and Republicans don’t seem to agree on much; however, they do agree that China is a serious security threat. Following the end of the Cold War there were high hopes that world’s nations would finally start pulling together in the same direction. As we now know, those aspirations were unmet. The rise of authoritarianism around the world is splitting the world into new coalitions that threaten to derail the world’s economy and make the world a much less peaceful place. China is perhaps the greatest disappointment in this sea change of world affairs. Following the death of Mao Zedong, China’s most influential leader was Deng Xiaoping. Deng was the architect of China’s opening up policy that, in an amazingly short period of time, transformed the country from an isolated, backward state to a potential global superpower and the world’s second largest economy.

Unfortunately, under Deng’s successors, particularly President Xi Jinping, things have turned much darker. Xi appears to be putting a personal desire for power ahead of what’s best for his country. In a few short years, he has managed to turn a budding relationship with the West into a dangerous rivalry. Cai Xia (@realcaixia), a former Professor at the Central Party School of the Chinese Communist Party from 1998 to 2012, writes, “Not long ago, Chinese President Xi Jinping was riding high. He had consolidated power within the Chinese Communist Party. He had elevated himself to the same official status as the CCP’s iconic leader, Mao Zedong, and done away with presidential term limits, freeing him to lead China for the rest of his life. At home, he boasted of having made huge strides in reducing poverty; abroad, he claimed to be raising his country’s international prestige to new heights. For many Chinese, Xi’s strongman tactics were the acceptable price of national revival.”[1] Part of his strongman tactics have included supporting aggressive internal and external surveillance operations. Cai predicts, “Xi will likely tighten his grip even further domestically and raise his ambitions internationally.” The world has taken notice.

Cai notes, “Xi has decided to directly challenge the United States and pursue a China-centric world order. That is why he has engaged in risky and aggressive behavior abroad, militarizing the South China Sea, threatening Taiwan, and encouraging his diplomats to engage in an abrasive style of foreign policy known as ‘Wolf Warrior’ diplomacy. Xi has formed a de facto alliance with Russian President Vladimir Putin, further alienating China from the international community. His Belt and Road Initiative has generated growing resistance as countries tire of the associated debt and corruption.” Watching these troublesome developments have convinced may Western leaders that China has weaponized information technologies.

Journalist Mike Dano (@mikeddano) reports, “Worries among US lawmakers over the threat posed by Chinese equipment can be traced back to a US government report in 2012. That report indicated equipment from China’s Huawei and ZTE could be used for Chinese espionage. However, the topic gained significant momentum during the Trump administration, partly due to a growing trade war between the US and China. Specifically, the Trump administration imposed a number of prohibitions against both ZTE and Huawei.”[2] He goes on to report, “[Last fall,] President Biden signed into law the Secure Equipment Act of 2021. The legislation prevents China’s Huawei and ZTE from receiving federal approvals to sell their equipment in the US market. The development essentially finalizes a years-long, US-led campaign against some of the biggest 5G network equipment makers in the world over fears that their products can be used to open a door for Chinese espionage.”

Despite America’s decade-long concern about Chinese manufactured telecommunication equipment, tech journalist John Hendel (@JohnHendel) reports, “The U.S. is still struggling to complete the break up with Chinese telecom companies that Donald Trump started four years ago. The problem: Small communications networks, largely in rural areas, are saddled with old Chinese equipment they can’t afford to remove and which they can’t repair if it breaks. The companies say they want to ditch the Chinese tech, but promised funds from Congress aren’t coming quickly enough and aren’t enough to cover the cost. U.S. security officials have warned under both the Trump and Biden administrations that two Chinese companies in particular — Huawei and ZTE — are beholden to China’s government and a major national security risk. They have pointed to a potential for spying and foreign meddling if their routers, antennas and radios aren’t yanked out of U.S. cell phone and internet networks.”[3]

Telecommunications gear isn’t the only concern lawmakers and security experts have when it comes to Chinese-connected technology. Security journalist Lily Hay Newman (@lilyhnewman) explains, “Lawmakers and regulators have reheated claims about TikTok, a social media app they say poses a threat to personal privacy and US national security. Now, the Biden administration is reportedly readying its own action. But the exact scope of the problem and goals remain fuzzy. Owned by the Chinese tech giant Bytedance, TikTok has more than a billion users, including an estimated 135 million in the US, and some lawmakers, including former president Donald Trump, have warned over the past two years that the Chinese government could use the app to collect data on Americans or launch influence operations through the platform. The US military banned its members from using TikTok on government devices or at all in late 2019 and early 2020, as did the Transportation Security Administration and some other federal agencies. Just last month, the chief administrative officer for the US House of Representatives warned lawmakers against installing TikTok due to the data it can collect.”[4]

And don’t paint Huawei out of the picture just yet. The company is making a comeback. In an effort to undercut and undermine Western rivals, the company is using a typical Chinese strategy of providing bid-below-cost offerings in areas other than telecommunications. Jonathan Pelson (@JonPelson), a former telecom executive, and Craig Singleton (@CraigMSingleton), a senior China fellow at the non-partisan Foundation for Defense of Democracies, write, “[Huawei’s strategy] reflects Beijing’s evolving model of state capitalism, which recognizes that China’s great-power ambitions hinge, in part, on technological integration and structural inter-dependence with the West. That explains why Huawei established new verticals that mirror Beijing’s priorities in four revolutionary market segments: customs and ports management; data management; smart highways and vehicles; and smart photovoltaics, or power production. Unsurprisingly, these emerging fields presently operate beyond the bounds of Washington’s current restrictions on Huawei. And, by targeting individual companies and government agencies as its customers, Huawei can avoid the strictest scrutiny applied to public network solutions.”[5]

Recently, White House correspondent David Sanger (@SangerNYT) reported, “President Biden signed an executive order … designed to sharpen the federal government’s powers to block Chinese investment in technology in the United States and limit its access to private data on citizens, in a move that is bound to heighten tensions with Beijing. The new order is designed to focus the actions of the secretive Committee on Foreign Investments in the United States, created by Congress nearly a half-century ago.”[6] One of the reasons cited for this executive action was the protection of American supply chains. Journalist Charles Hutzler (@charleshutzler) explains, “A particular concern cited is the security of supply chains and whether an investment might give a foreign entity control of critical manufacturing capabilities, mineral resources or technologies. While the order doesn’t single out particular foreign countries, an explanation of the measure provided by the White House mentions the risks presented by foreign investors from ‘competitor or adversary nations.’ Its specifics — protecting supply chains, Americans’ data and technologies like semiconductors, artificial intelligence and biotechnology — are areas where administration and other U.S. officials have previously raised concerns about Chinese investment and espionage.”[7]

Pentagon correspondent Tara Copp (@TaraCopp) adds, “Under the order, foreign transactions involving microelectronics, artificial intelligence, biotechnology, quantum computing, advanced clean energy, climate adaptation technologies and food security, or involving critical minerals, manufacturing or technology in those fields should be reviewed for whether the investment ‘could reasonably result in future advancements and applications in technology that could undermine national security, and whether a foreign person involved in the transaction has ties to third parties that may pose a threat to U.S. national security.'”[8] It should come as no surprise that, in the Age of Information, IT has become a battleground and an area of concern for national security experts. This wasn’t the future people hoped for when the Cold War ended; nevertheless, it’s the world in which we now live. Cai ominously predicts, “The only viable way of changing course, so far as I can see, is also the scariest and deadliest: a humiliating [Chinese] defeat in a war.” Let’s hope it doesn’t come to that.