Home » Globalization » Complete Decoupling from China is Not the Answer 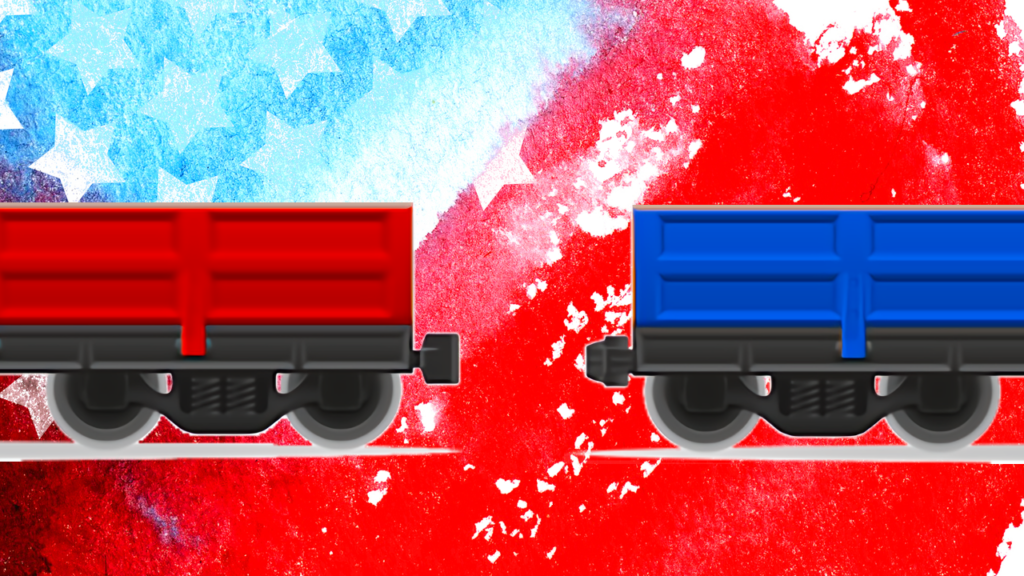 One of the things highlighted by the pandemic was the danger of relying too heavily on China’s manufacturing sector. This realization, coupled with China’s more aggressive foreign policy and its growing domestic authoritarianism, has prompted talk about America decoupling its economy from China’s. China’s tacit support for Russia’s invasion of Ukraine hasn’t helped dampen those sentiments. Jeffrey Kucik, an associate professor at the University of Arizona, and Rajan Menon, an emeritus professor at the City College of New York, explain, “President Joe Biden has continued his predecessor’s hard line toward Beijing. Biden, like former U.S. President Donald Trump, believes the United States must ‘decouple’ from China by reducing U.S. dependence on Chinese products and supply chains — for both economic and national security reasons.”[1]

To “decouple” from something means to completely separate or disengage from it. That’s quite different than trying to reduce U.S. dependence on Chinese products and supply chains. Kucik and Menon note, “Critics of economic decoupling, notably the U.S. Chamber of Commerce, warn it will disrupt existing supply chains, exacerbate delays in production, and force companies and consumers to pay more — not least because relocating production can’t happen overnight.” Journalist Jacky Wong (@jackycwong) observes, “A full ‘decoupling,’ meaning the breaking of economic links with China, remains unlikely, but supply chains would become less integrated than in the past. That would have significant consequences for both businesses and consumers — and probably for long-run inflation expectations as well.”[2]

The Current State of Things

The U.S. is not alone in its efforts to reduce its reliance on China. Wong reports the European Union is implementing strict laws against importing products manufactured using forced labor. Although China isn’t mentioned by name, Wong insists, “Forced labor in the country’s Xinjiang region is clearly a main target.” Eric Schmidt, Co-founder of Schmidt Futures and former CEO and Chairman at Google, notes that economic decoupling efforts are being matched by efforts to decouple technology. He notes, “Technology is the engine that powers superpowers.”[3] Just like economic decoupling, however, technology decoupling is trickier than one might think. Schmidt explains:

Schmidt reports that most experts agree that “some degree of technological separation from China is necessary, but we shouldn’t go so far as to harm U.S. interests in the process.” He adds, “That’s exactly right, of course, but it’s also pretty vague.” The same thing could be said about economic decoupling. Maxwell Bessler, a researcher at the Center for Strategic and International Studies, believes there are currently four distinct views on decoupling from China.[4] Those views are:

View 1. Cooperationists. According to Bessler, “Cooperationists favor the most economic integration among all the positions. It dominated previous eras of U.S. thinking toward economic engagement with China. … Cooperationist policies couple the two economies closer together: free trade agreements; tariff reductions; and knowledge, non-tariff barrier, and data-sharing agreements.”

View 2. Separationists. “Separationists,” Bessler explains, “consider a ‘complete decoupling’ — opposite to the cooperationist view that favors integration. … Separationism struggles to garner momentum because the strand must prescribe severing the beneficial business ties between the United States and China in non-strategic sectors.”

View 3. Restrictionists. Bessler writes, “Restrictionists seek to dramatically cut economic ties with China to inhibit its economy and rise. But not completely. Where separationists envision a world without Sino-American business entirely, restrictionists will still allow deals — if it powers U.S. primacy in a way that also inhibits China’s supposed quest for hegemony. … Restrictionist policies usually hurt the U.S. economy in some way or another thanks to interdependence.”

View 4. Centrists. According to Bessler, “Centrists seek to pave a middle path. They hope to restrict Chinese firms in the most strategically sensitive sectors while allowing as much harmless business elsewhere. … Distinguishing restrictionist and centrist policies is harder than any other comparison in this framework. While their philosophical approaches and rhetoric differ, they often rely on the same policy tools such as export controls, tariffs, investment screening, and industrial policy. When new measures arrive, analysts must ignore the rhetoric and determine whether the new policies are restrictionist or centrist in nature.”

Throughout the Cold War, the world witnessed the negative impacts of isolating some economies. Only when China ended it isolation was it able to rise to economic prominence and help power the global economy. That’s why it is a bit surprising that China is taking backward steps. Journalist Pete Sweeney observes, “The People’s Republic has moved to become more self-sufficient. Tariffs, sanctions and suspicion have redirected flows of human and financial capital, and … political protests in China may accelerate the trend. But decoupling remains more a geopolitically driven aspiration than economic fact.”[5]

J. Stewart Black, Global Chief Leadership and Strategy Officer at Squire Patton Boggs, and Allen J. Morrison, a professor at Arizona State University’s Thunderbird School of Global Management, conclude, “Given that China and the United States feel overly dependent on each other, decoupling is likely to continue even if it’s a lower priority for the Biden administration.”[6] Nevertheless, they note, “Most business executives don’t want to decouple, and it’s easy to understand why. As one told us, ‘We spent 13 years getting into China. It’s impossible for us to just pull out.’ That view is common: No executives we’ve met want to see the time, effort, and investment they’ve put into developing a presence in China go to waste.”

What that means is that the U.S. and China are likely to search for some kind of middle ground that falls short of total decoupling probably somewhere between the policies of the restrictionists and the centrists. As Brookings’ analysts note, “The relationship remains too consequential to people in both countries and the rest of the world to be guided by a fatalistic acceptance of deepening enmity. And while competition resides at the core of the relationship, it is a mistake to view the relationship solely through the lens of rivalry. Doing so limits tools available to Washington for developing a more durable, productive relationship that serves America’s interests.”[7]

Sweeney concludes, “[No one can predict] genuine decoupling won’t happen. The human connection has thinned remarkably. Xi cooperated with Trump in killing off university exchanges and fellowships, and long quarantines for international arrivals have driven off much of China’s expat population. … While the desire to decouple is mutual, it will take much more to dismantle a structure that took so long to build.” As the U.S. and China try to find some kind of accommodation, Black and Morrison insist, “CEOs will have no choice but to confront the attendant challenges. Foreign companies must clarify why they are even in China and what their strategic intent is going forward. Inevitably, that will result in a major shakeout, as some companies hedge their bets and others double down. The latter, if they are in any of China’s targeted industries, will need such compelling value propositions that Chinese customers beat a path to their door despite the government’s goals.”