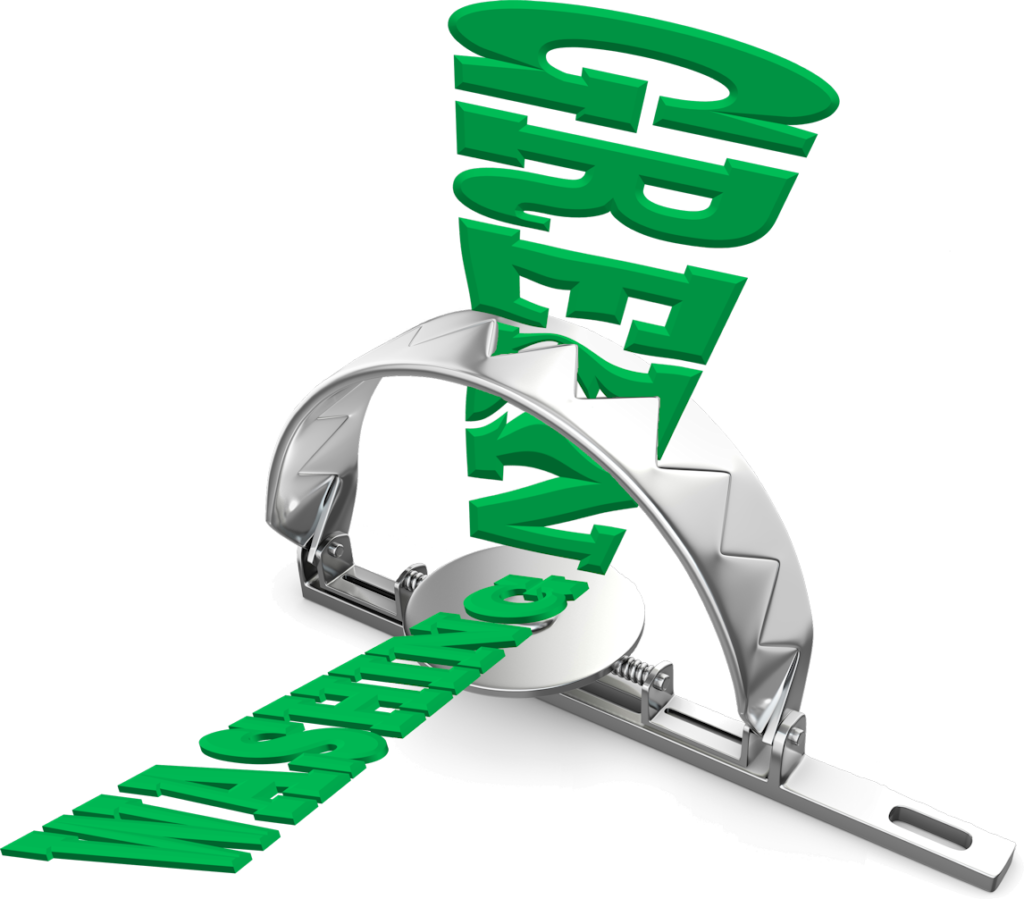 When younger generations think about the future, they often see a much bleaker picture than their parents saw. Warnings about climate change now seem prophetic as severe weather, droughts, and melting glaciers plague much of the globe. To counter current climate trends, younger generations seem more determined to pressure governments and businesses to act. In many cases, however, the pressure on businesses to do something has resulted in a flurry of words unmatched by impactful actions. These so-called “greenwashing” efforts generally backfire and, as a result, corporate reputations suffer along with bottom lines.

Over the past couple of years, numerous companies have pledged to achieve “net zero” operations over the next decade or two. What they mean is that they aim to negate (or compensate for) the amount of greenhouse gases produced by their operations. Companies claim they will achieve their goal using a number of strategies including the reduction of emissions and carbon offsets. Journalist Tom Allen (@Tom_CTG) reports, “25 of the world’s largest companies [are] responsible for 2.7 gigatons of CO2 equivalent (GtCO2e), or five per cent of global greenhouse gas emissions.”[1] Their goal of achieving net zero operations over the next decade or two would, therefore, have a significant impact on reducing global warming. Unfortunately, Allen reports that a new study found their efforts “cannot be taken at face value.” Or as Bloomberg reporters put it, “Their net-zero promises do not add up to net zero.”[2]

The Challenge of Having Good Intentions

In a world desperately seeking results not promises, the term “good intentions” rings hollow. In fact, for many, it’s an insidious term. Perhaps the two most oft-quoted sayings on the subject are those of the late Samuel Johnson — “Hell is paved with good intentions” — and the late T.S. Eliot — “Most of the evil in this world is done by people with good intentions.” Although some companies may have evil intent, or, at the very least, are deliberately trying to deceive, I’m not cynical enough to believe that all corporate sustainability efforts are fraudulent. The problem is, that in today’s world, telling the truth doesn’t seem to be a path to success. The truth, in this case, is that achieving net zero operations is hard — much harder than most people believe. Yet, corporations seem reluctant to reveal that truth publicly.

I’m reminded of Jack Nicholson’s character, in the movie “A Few Good Men,” when he told Tom Cruise’s character, “You can’t handle the truth.” That seems to be a widely-held corporate view when it comes to telling stakeholders about sustainability efforts. Bloomberg reporters note, “It can be easy for companies to hide half-hearted efforts behind net-zero pledges because third-party analysts don’t know where to look. There’s no blueprint for how companies should disclose their climate ambitions and action plans. That makes it hard for outside eyes to grasp the true extent of corporate commitments.” My suspicion is that many corporate sustainability efforts are deliberately vague so they can’t be pinned down when plans go awry. But, as business consultant Gord Hotchkiss (@outofmygord) observes, “Making hyperbolic noise just for the sake of looking good is not how you build trust. Trust is built on consistency and reliability. It is built on a culture that is committed to doing the right thing, even when that may not be the most profitable thing.”[5]

Even if corporate commitment is strong, strategies can be faulty. Mary Louise Kelly (@NPRKelly), host of NPR’s “All Things Considered,” reports, “One-fifth of the world’s biggest companies have made some sort of pledge to go carbon neutral, meaning they will pollute less or pay to offset their pollution. One popular type of offset involves saving trees.”[3] In the tree-saving scheme, companies pay landowners not to cut down trees for lumber or clear land for agriculture. Having saved the trees, they receive credit for the amount of CO2 those trees absorb each year. In the study noted above, Associated Press journalists report, “Among the 25 companies the researchers studied, 24 relied too heavily on carbon offsets, which are rife with problems, the report said. That’s because carbon offsets often rely on carbon removal ventures such as reforestation projects. These projects suck up carbon but are not ideal solutions because forests can be razed or destroyed by wildfires, re-releasing carbon into the air.”[4]

Another problem faced by global corporations is that their supply chains are so widespread that accounting for every emission-producing activity is nearly impossible. Journalists Michael Corkery (@mcorkery5) and Julie Creswell (@julie_creswell) report that some companies don’t even try. According to them, “[Many companies make] claims about the sustainability of their operations and have set objectives to reduce emissions. But something is missing from these lofty corporate goals: any accounting of significant emissions from their supply chains or waste from their products. For some companies, those can total as much as 95 percent of their overall contributions to greenhouse gases.”[6] From the corporate point-of-view, one must ask who is responsible for reducing emissions in the supply chain? Manufacturers? Suppliers? Shippers? Farmers? Miners? Consumers? Although large corporations can pressure organizations in their supply chains, they often lack any real enforcement power to ensure emissions are reduced.

Corkery and Creswell write, “Despite their pledges to help, many companies are still taking steps that reduce carbon in the most minimal ways. These include installing solar panels at headquarters, designing more energy efficient stores, and tracking commuting and business travel by their employees. But emissions from the factories that make the sneakers sold on e-commerce websites or from the farms that produce the meat and milk sold on grocery shelves continue to grow in some cases.” In other words, having good intentions often is not enough to overcome overwhelming challenges.

Many companies are, in fact, trying to do the right thing; however, as noted above, doing the right thing can sometimes prove difficult. Corkery and Creswell report, “An increasing number of companies are trying to quantify the problem. The number of companies voluntarily submitting their emission reports and reduction goals to the Science Based Targets initiative, a nonprofit that assesses and approves company targets, doubled [in 2021] to more than 2,000, said Alberto Carrillo Pineda, the co-founder of the initiative. … But Mr. Carrillo Pineda noted that the companies provide the data voluntarily, so ‘there is no full guarantee that a company is always including every emission.'” Most companies realize that doing the right is in their own best interests. McKinsey & Company analysts report, “Corporate citizenship now directly affects customer and employee brand. Sixty-seven percent of employees prefer to work for socially responsible companies, and 55 percent of consumers will pay extra for products sold by companies committed to having a positive social impact.”[7] Companies will continue to be tempted to do a little greenwashing; however, it’s trap that should be avoided.