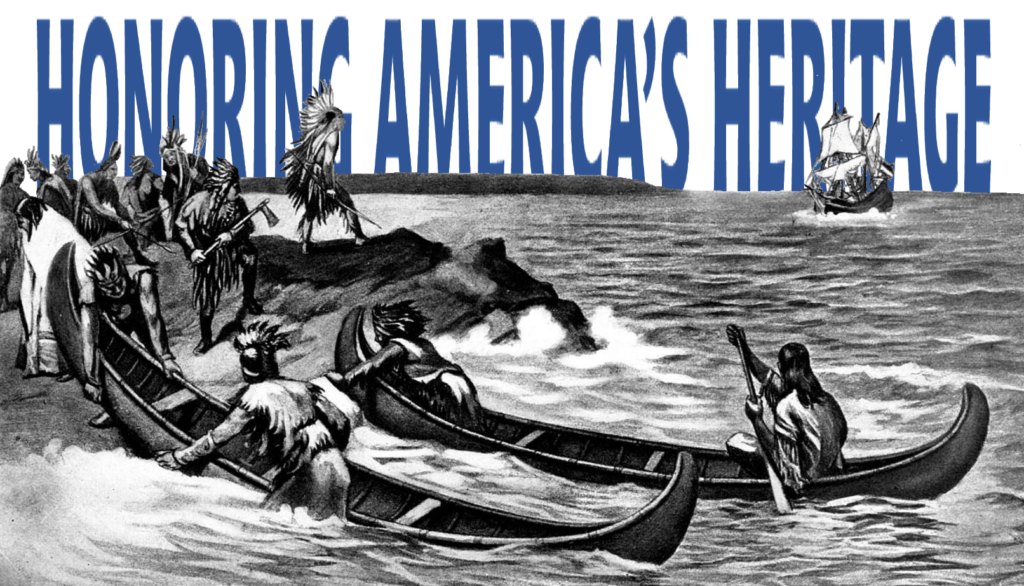 There are only two Federal Holidays known by more than one name — George Washington’s Birthday (also informally known as Presidents Day) and Columbus Day (also known as Indigenous Peoples’ Day). While there is little controversy about the former dual-named holiday, the latter holiday is filled with controversy. As the staff at Almanac.com notes, “The observance of Columbus Day is not without controversy. … Although Columbus’ landing in the New World marked the start of a new age of exploration and development for the world, the reality of European colonization is that it brought disease, enslavement, and genocide to the indigenous people of the Americas. This part of colonial history has largely been left unrecognized in Columbus Day celebrations, though in recent decades this has been changing, with more and more cities and states choosing to celebrate Indigenous Peoples’ Day instead.”[1]

The staff at Chiff.com adds, “A culture clash continues to grow between those who recognize the contributions of Native Americans and those who celebrate Columbus Day. Those who still honor the day see Christopher Columbus as an epic figure who helped forge an important trade route from the Old World to the New World. … Meanwhile, Native Americans regard Columbus Day (only declared a federal holiday in 1937) as a teaching moment to remind the nation of its entire past: Could Columbus have truly ‘discovered’ America when Native Americans had already been living there for countless generations?”[2] This ongoing controversy demonstrates that historical accounts are not always a full reflection of what really happened in the past. There are historical truths; however, there is no singular historical truth upon which we can all rely.

The search for and retelling of historical truths is important; however, much of what we read about history was written with an agenda in mind. Winston Churchill once quipped, “History is written by the victors.” That observation explains why the story of how indigenous peoples were treated went untold for so long. I’m not sure that dropping the name Columbus Day in favor of Indigenous Peoples’ Day will bring much satisfaction to anyone. As I wrote in a previous article on the subject, there is a way to honor explorers and immigrants as well as indigenous peoples. I wrote, “Honoring indigenous people and recognizing the indignities they suffered (and continue to suffer) is certainly long overdue; however, changing the holiday’s name to Indigenous Peoples’ Day alters some of the reasons the holiday was established in the first place (i.e., to honor exploration and immigration). With or without Columbus, the America’s would have been ‘discovered’ and population flows would have occurred. A middle ground name, like Heritage Day, would be more in line with honoring exploration and immigration, while at the same time recognizing the unique and important place of indigenous peoples in the history of the so-called New World. America is known for being a melting pot of cultures and the country’s heritage is richer as a result.”[3]

The late historian Will Durant once wrote, “Perhaps the cause of our contemporary pessimism is our tendency to view history as a turbulent stream of conflicts — between individuals in economic life, between groups in politics, between creeds in religion, between states in war. This is the more dramatic side of history; it captures the eye of the historian and the interest of the reader. … History has been too often a picture of the bloody stream. The history of civilization is a record of what happened on the banks.” And much of the behavior we now condemn was accepted as normal by the people on the banks.

John Danaher (@JohnDanaher), a Senior Lecturer at the School of Law at University of Galway, reminds us that our moral judgments about the past should be tempered. He explains, “When we look back at the beliefs and practices of our ancestors, we are often shocked at what they found morally acceptable: the public torture of criminals, the trading of slaves, and the subjugation of women.”[4] He then notes, “The history of moral change — change in what is, and is not, considered morally acceptable — encourages greater skepticism about our current moral beliefs and practices. We might like to think we have arrived at a state of great moral enlightenment, but there is reason to believe that further moral revolutions await. Our great-great-grandchildren may well look back at us in the same way that we look back at our great-great-grandparents: with a mixture of shock and disappointment.”

The late American novelist James Baldwin once wrote, “People are trapped in history and history is trapped in them.” He was correct. We all adopt a worldview and then look for evidence that supports our worldview. History books often supply the evidence for which we are looking. The late science historian Stephen Jay Gould once said, “Nothing is more dangerous than a dogmatic worldview — nothing more constraining, more blinding to innovation, more destructive of openness to novelty.” Columbus Day-Indigenous Peoples’ Day is a great opportunity to expand our worldview, even only just a little. We can’t take back the past. It is what it is. We can study it, debate it, and learn from it. What we can’t do is ignore it. 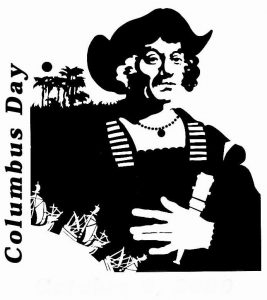 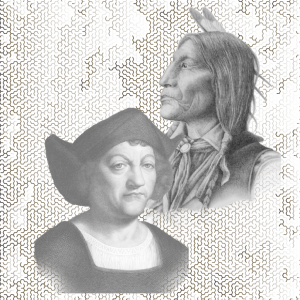