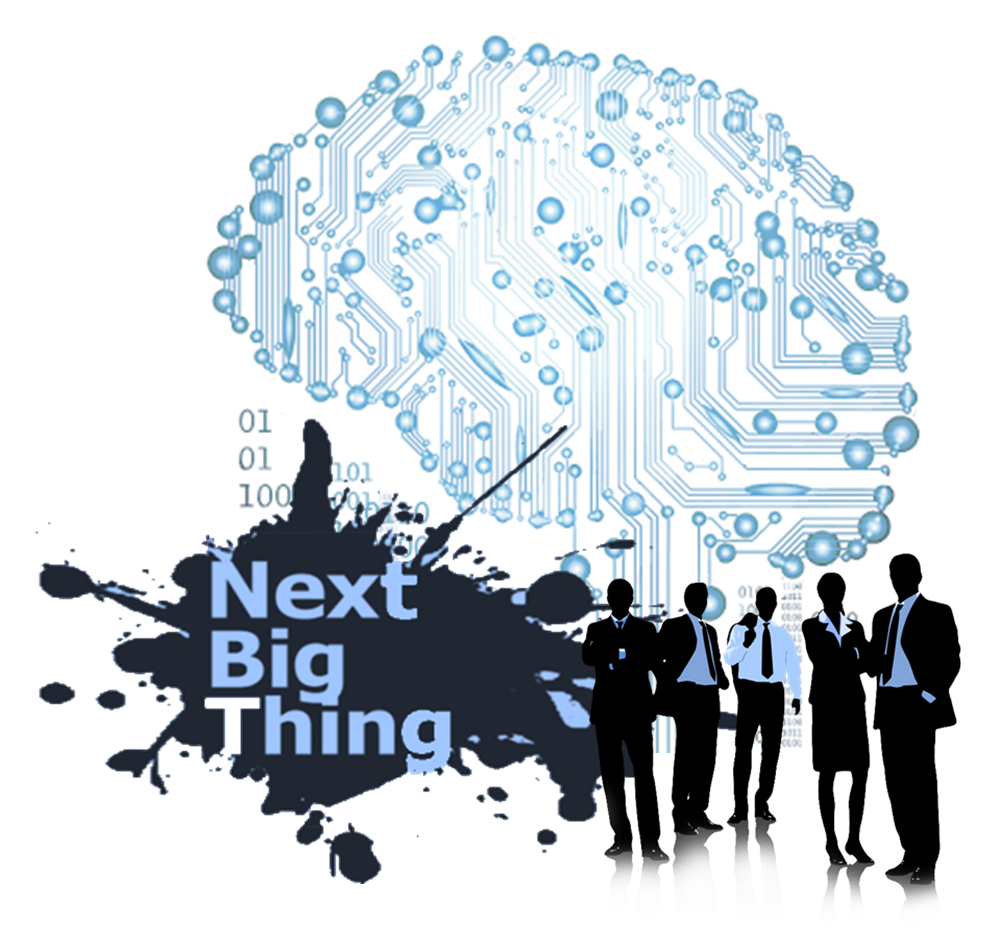 Cognitive Computing: The Next Big Thing

A year ago, Edd Gent (@EddytheGent) reported, “The IT professional body BCS highlighted cognitive computing as one of the next great waves of computing, but one that also has the potential to become the most controversial technology in the world by the end of the decade.”[1] Deloitte analysts have identified cognitive analytics as a disruptive technology. Mark White, Deloitte’s global CTO, told a South African audience, “This disruption harnesses Internet speed, cloud scale and adaptive mastery of business processes to drive insights that aid real-time decision-making.”[2] And Accenture analysts describe cognitive computing as the “ultimate long-term solution” for many of the challenges that face businesses today. [“From Digitally Disrupted to Digital Disrupter”]

The term “cognitive computing” remains a bit confusing since it covers systems that use different analytic approaches. “Cognitive computing is a term that probably goes over the head of most of the general public,” states James Kobielus, Senior Program Director of Product Marketing and Big Data Analytics Solutions at IBM. “IBM defines it as the ability of automated systems to learn and interact naturally with people to extend what either man or machine could do on their own, thereby helping human experts drill through big data rapidly to make better decisions.”[3] The most famous cognitive system, of course, is IBM’s Watson. Watson basically uses a brute force approach to cognitive analytics. It analyzes massive amounts of data and provides a “best guess” answer (IBM calls it a confidence-weighted response) based on what it finds. That’s how Watson beat human champions on the game show Jeopardy! This brute force approach is often called deep learning.

The first real breakthrough for cognitive computing came when parallel processing was developed. Because of parallel processing, cognitive computing takes place so rapidly that a system like Watson can often “hit the buzzer” faster than a human. James MacLennan (@jpmacl) agrees with BCS, Deloitte, and Accenture analysts that this confluence of Big Data, better algorithms (artificial intelligence and machine learning), and brute force, is ushering in a new era. For MacLennan, “the tech that stitches this all together is that middle bit – a class of ‘better algorithms’ that have everything to do with searching for patterns and drawing inferences versus looking for explicit rules to guide the way.”[4]

At Enterra Solutions®, we go beyond deep learning to pursue a fuller vision of cognitive computing. Cognition is defined as “the action or process of acquiring knowledge and understanding through thought, experience, and the senses.” Of course, that definition has to be modified slightly when applied to a thinking machine. We believe a cognitive system is a system that discovers insights and relationships through analysis, machine learning, and sensing. We promote the Enterra Enterprise Cognitive System™ (ECS) as a system that can Sense, Think, Act, and Learn®. The CRP also uses various techniques to overcome the challenges associated with most deep learning systems. Like deep learning systems, the ECS gets smarter over time and self-tunes by automatically detecting correct and incorrect decision patterns. But, the ECS also bridges the gap between a pure mathematical technique (like deep learning) and semantic understanding. The ECS has the ability to do math, but also understands and reasons about what was discovered. Marrying advanced mathematics with a semantic understanding is critical — we call this “Cognitive Reasoning.” The Enterra ECS approach — one that utilizes the best (and multiple) solvers based on the challenge to be solved and has the ability to interpret those results semantically — is a superior approach for many of the challenges to which deep learning is now being applied.

Ben Rossi (@BenRossi89) believes that advanced artificial intelligence (i.e., cognitive computing) is going to change the world. “We are in for a change,” he writes, “a different kind of change than we’ve ever experienced.”[5] He explains:

“In the past, change has typically been based on technologies that make us faster and more efficient. We’re now entering a time of change where intelligent technologies are going to make us smarter. As our machines transform from tools into intelligent partners, they’ll allow us the freedom to perform at the top of our game. We’re already seeing intelligent technologies being adopted in the workplace and their impact is quickly accelerating. In the near future, we will see change driven by technologies that answer questions, assess situations and communicate insights. … This technology is already being used by numerous businesses for alerts related to cyber attacks and transactions that reflect illegal activities. In the future, businesses and technologies will be able to look at even wider data sets to make better decisions and take action. Here again, the beauty is in the partnership. The machine is doing what it does best: reviewing massive data sets and finding patterns that indicate different activities and situations. And, humans are doing what they do best: looking at the situation, fitting it into a larger context and then responding to it appropriately.”

Rossi is correct that cognitive computing systems are ideal for situations in which numerous routine decisions can be made but only exceptions really need to be dealt with by human decision makers. This management-by-exception approach frees up decision makers to focus their valuable time on activities that truly deserve their time and attention. Bert Latamore (@BertLatamore) stresses the point about cognitive computing being an aid to rather than a replacement for decision makers. “Cognitive computing is a new form of computational analysis,” he writes, “combining leading-edge technologies including machine learning and natural language processing, to automate analysis of unstructured, and in particular written and spoken, data. Despite some claims to the contrary, it is designed to supplement rather than replace human decision-making.”[6]