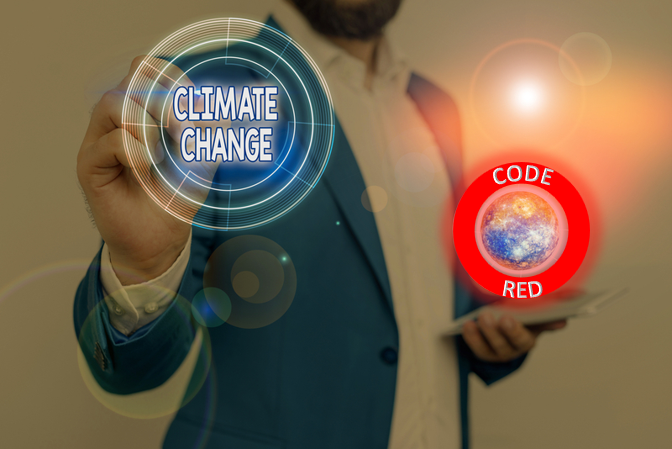 Most people have heard or read about the Sixth Assessment Report recently released by the Intergovernmental Panel on Climate Change (IPCC) and its dire warnings about where the planet is headed. According to the IPCC, “The Working Group I contribution to the Sixth Assessment Report addresses the most up-to-date physical understanding of the climate system and climate change, bringing together the latest advances in climate science, and combining multiple lines of evidence from paleoclimate, observations, process understanding, and global and regional climate simulations.”[1] Journalists Eric Roston (@eroston) and Akshat Rathi (@AkshatRathi) report, “An epochal new report from the world’s top climate scientists warns that the planet will warm by 1.5° Celsius in the next two decades without drastic moves to eliminate greenhouse gas pollution. The finding from the United Nations-backed group throws a key goal of the Paris Agreement into danger as signs of climate change become apparent across every part of the world.”[2] United Nations Secretary-General António Guterres described the report as a “code red for humanity.”

Despite the growing scientific and anecdotal evidence that a code red situation exists, climate change scoffers and deniers still exist. The editorial team at the Wall Street Journal decided the best way to confront facts was with sarcasm. They wrote, “The climate Apocalypse is nigh, humanity is to blame, and unless the world remakes the global economy, havoc and death are inevitable. Repent of your sins all ye who enter here. That’s only a mild overstatement of the media’s fire-and-brimstone accounts of the latest report by the United Nations Intergovernmental Panel on Climate Change, a collection of scientists and politicians who purport to offer the best evidence on climate change. Prepare for days of reading what a terrible person you are for using a natural gas stove.”[3] Despite existing cynicism, businesses, and the supply chains that support them, cannot rely on sarcasm and denial to secure the future against the inevitable risks that climate change presents.

A Few Takeaways from the IPCC Report

One of the first conclusions of the IPCC report is: “It is unequivocal that human influence has warmed the atmosphere, ocean and land.” Even the Wall Street Journal editorial team accepts this finding. They write, “No one denies that the climate has been warming, and no one serious argues that humans play no role. How could eight billion people not? Adding the adjective ‘unequivocal’ adds emphasis but not context.” What that means is that if humans play a role in making the climate worse, they can also play a role in making it better. How bad have things become? Roston and Rathi note the IPCC report concludes, “The past decade was most likely hotter than any period in the last 125,000 years, when sea levels were as much as 10 meters higher. Combustion and deforestation have also raised carbon dioxide in the atmosphere higher than it’s been in two million years, according to the report, and agriculture and fossil fuels have contributed to methane and nitrous oxide concentration higher than any point in at least 800,000 years.”

According to Bloomberg reporters, the report also concludes, “Scientists can now link specific weather events to human-made climate change. This hasn’t always been the case. As recently as 20 years ago, for instance, it was virtually impossible to attribute any particular storm or temperature spike to the warming world. But the climate science profession has seen entire specialties emerge and mature since the IPCC’s previous mega-report in 2013. No field is more resonant than the ability to analyze extreme weather events in real-time to determine what role climate change is playing. The deadly heat wave that gripped the western coast of North America in June had detectable evidence of human responsibility — and that determination came quickly. World Weather Attribution, an international research group, needed just days after the heat broke to conclude that the extraordinary temperatures would be ‘virtually impossible’ without climate change.”[4]

On the bright side, Bloomberg reporters also note that the report concludes, “The Earth rewards good behavior. Almost as soon as emissions cease, heating will cease and temperatures will stabilize in a couple of decades. But some effects — such as sea-level rise — will remain irreversible for centuries. It’s a race between the avoidable and unavoidable, and humanity is behind. Scientists broke new ground in this IPCC report by projecting what happens when our emissions get to zero. As the world reduces its use of fossil fuels, for instance, the cooling effect of aerosols will start to decline. The scientists are confident that one way to counter that decline would be to pursue ;strong, rapid and sustained reductions; in methane emissions. Beyond CO₂, methane, and nitrous oxide, there are four other greenhouse gases that also provide opportunities to slow warming.” Anecdotal evidence of how the Earth rewards good behavior was witnessed during the early days of the pandemic shutdown. As lockdowns were put in place, air quality in crowded cities increased dramatically.

What Does This Mean for Supply Chains?

Most consequences of climate change are not good news for supply chains. Flooding, fires, and severe weather will continue to disrupt both local and global supply chains. Journalist Andrea Januta (@andreajanuta) reports that the IPCC study concluded, “Severe heat waves that happened only once every 50 years are now happening roughly once a decade. Tropical cyclones are getting stronger. Most land areas are seeing more rain or snow fall in a year. Severe droughts are happening 1.7 times as often. And fire seasons are getting longer and more intense.”[5] Just as importantly, Januta reports, “Sea levels are sure to keep rising for hundreds or thousands of years. Even if global warming were halted at 1.5C, the average sea level would still rise about 2 to 3 meters (6 to 10 feet), and maybe more. Sea level rise has picked up speed, as polar ice sheets melt and warming ocean water expands. Already, associated flooding has nearly doubled in many coastal areas since the 1960s, with once-in-a-century coastal surges set to occur once a year by 2100.”

Severe weather at-sea and flooded ports will have significant impact on global supply chains. “Maritime transport is the backbone of international trade and the global economy. Around 80 per cent of global trade by volume and over 70 per cent of global trade by value are carried by sea and are handled by ports worldwide.”[6] Januta also reports, “Summertime sea ice atop the Arctic Ocean will vanish entirely at least once by 2050, under the IPCC’s most optimistic scenario. The region is the fastest-warming area of the globe — warming at least twice as fast as the global average.” Although the loss of arctic ice will contribute significantly to rising sea levels, it will open up a long sought-after northwest passage from Asia to Europe.

According to analysts from the McKinsey Global Institute, “Greater frequency and severity of climate hazards can create more disruptions in global supply chains — interrupting production, raising costs and prices, and hurting corporate revenues.”[7] They go on to note, “Supply chains and the infrastructure that supports them are designed for a stable climate. As hazards evolve, it will be necessary to increase investment in adaptation, possibly at the expense of efficiency.”

We only have one planet. Those that scoff at climate change warnings risk the future of our planet and our children. It’s not a risk worth taking. Journalists Brad Plumer and Henry Fountain observe, “Not all is lost, however, and humanity can still prevent the planet from getting even hotter. Doing so would require a coordinated effort among countries to stop adding carbon dioxide to the atmosphere by around 2050, which would entail a rapid shift away from fossil fuels starting immediately, as well as potentially removing vast amounts of carbon from the air.”[8] The Wall Street Journal editorial team would rather governments not take action, preferring, apparently, to see the worst-case scenario develop so humans can show how smart they are at problem-solving. They write, “The IPCC report doesn’t justify putting the U.S. economy into the hands of government. A sensible climate policy will continue to monitor trends, while allowing a free economy to find solutions and build the wealth that will allow for adaptation and amelioration if the worst happens. This lacks the drama of the Apocalypse, but it will better serve the world.” If nothing is done, the worst will happen, and the world won’t be better served. We need more than monitoring; we need action by all stakeholders — including businesses and their supply chains. They can play a major role in saving the planet.