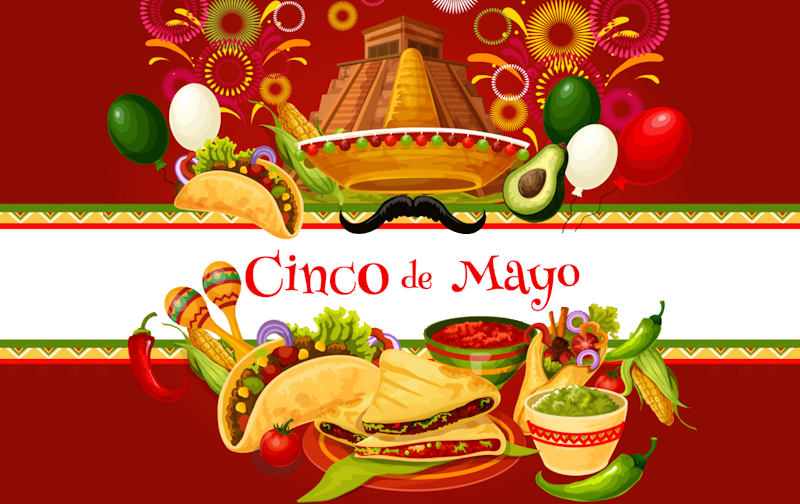 In the United States, Cinco de Mayo is a day to celebrate all there is to love about Mexican food and culture — like tacos, burritos, enchiladas, tamales, quesadillas, margaritas, cerveza, and fiesta. The National Retail Federation (NRF) notes, “Americans across the country will celebrate Mexican food, culture and traditions. The holiday commemorates the anniversary of Mexico’s victory at the Battle of Puebla, but it has become much more than that. Cinco de Mayo is a binational celebration of the deep ties between the United States and Mexico, as well as our shared values.”[1] The editors at History.com add, “While it is a relatively minor holiday in Mexico, in the United States, Cinco de Mayo has evolved into a commemoration of Mexican culture and heritage, particularly in areas with large Mexican-American populations.”[2]

According to Diego De la Garza, a Senior Manager at BearingPoint, you can thank beer companies for elevating the holiday in the U.S. He explains, “The reason behind how that isolated battle became such a big celebration every year in the U.S. goes back to the Chicano movement, which initialized the modern ‘Cinco de Mayo’ celebrations back in the 40s and 50s and was later popularized by beer companies in the 80s who seized the opportunity to market themselves and capitalize on the nature of the day. Since then, beer companies have promoted the celebration in order to spike their sales. Their influence has been so powerful during the last decades that in 2005 the U.S. Congress issued a concurrent resolution to observe over a hundred official celebrations across the country.”[3]

Before discussing how all the ingredients for a great Cinco de Mayo celebration come together, let’s discuss the history behind the Battle of Puebla.

The History Behind Cinco de Mayo

The editors of the Encyclopaedia Britannica report, “Cinco de Mayo, also called Anniversary of the Battle of Puebla, holiday is celebrated in parts of Mexico and the United States in honor of a military victory in 1862 over the French forces of Napoleon III.”[4] The editors go on to note that France wasn’t the only colonial power that had waged war against the Mexicans. They explain:

“When in 1861 Mexico declared a temporary moratorium on the repayment of foreign debts, English, Spanish, and French troops invaded the country. By April 1862 the English and Spanish had withdrawn, but the French, with the support of wealthy landowners, remained in an attempt to establish a monarchy under Maximilian of Austria and to curb U.S. power in North America. On May 5, 1862, a poorly equipped mestizo and Zapotec force under the command of General Ignacio Zaragoza defeated French troops at the Battle of Puebla, southeast of Mexico City; about 1,000 French troops were killed. Although the fighting continued and the French were not driven out for another five years, the victory at Puebla became a symbol of Mexican resistance to foreign domination.”

Journalist Dave Roos (@daveroos76) notes, “There can be confusion over the origins of Cinco de Mayo. Some think it’s a holiday celebrating Mexican independence from Spain (that’s actually September 16), or the 1910 Mexican Revolution (November 20), or that it was dreamed up to sell more beer and guacamole.”[5] He also notes, “This underdog Mexican victory may have played a part in preventing French Emperor Napoleon III from helping the Confederacy win the American Civil War.” So, in a way, the Battle of Puebla can be rightfully celebrated in America as one of the reasons the Union stayed together. So don’t forget to raise a glass to Texas-born General Ignacio Zaragoza as you celebrate this year’s holiday.

According to De la Garza, a lot of people are going to raise glasses on this fiesta day. He explains, “The day presents the perfect excuse for drinking Mexican beer despite the reasons behind the celebration.” The NRF reports, “We import a whopping 712 million gallons of Mexican beer each year, accounting for 67 percent of imported brews.” Of course, cerveza isn’t the only Mexican drink people consume during their dining experience. Plenty of margaritas will also be consumed. The NRF indicates those margaritas are only available because of cross-border trade. “The U.S.,” they explain, “is the top destination for Mexican tequila exports, importing more than 183 billion liters of the liquor each year. And of course, your drink wouldn’t be complete without the lime juice and garnish. Americans consume nearly 10 times the amount of limes they did in 1980, and 97 percent of those limes come from Mexico.”

What about the food consumed during Cinco de Mayo celebrations? Much of that also comes from Mexico. What would a Cinco de Mayo celebration be without salsa? According to the NRF, “The majority of imported tomatoes come from Mexico. Retailers import $1.2 billion worth of tomatoes each year.” Queso is also a big item when eating Mexican food. In America, we call it cheese and, according to the NRF, most of what we eat is produced in the U.S. They explain, “That queso you’re eating was probably made right here in the U.S., but America’s dairy farmers depend on trade with Mexico for their success. In fact, Mexico is the U.S. dairy industry’s top export market, accounting for 28 percent of all U.S. cheese exports.”

Whether you like the beef in your tacos and burritos shredded or ground, the meat could originate either in the U.S. or Mexico. The NRF explains, “Your beef tacos involve a complex, integrated supply chain that explains how trade works. In 2017, the U.S. exported around 500 million pounds of beef to Mexico but also imported about the same amount of Mexican beef. Why are we sending so much beef back and forth? To provide American consumers with a variety of meat at a price they can afford. In order to make ground beef, we import lower-value lean meat trimmings, which we don’t produce enough of. At the same time, U.S. farmers sell higher-value meat from other parts of the cow to the Mexican market. As a result, ranchers on both sides of the border benefit from trade.”

Perhaps the most controversial item you might enjoy this Cinco de Mayo is guacamole. We love our guac. However, the guacamole trade has become entangled with organized crime. Journalist David Klein (@DavidianKlein) reports, “Though the U.S. imports over 90% of its avocados, valued at some US$2.8 billion, from Mexico, the trade has long been exploited by local organized crime, including Mexican drug cartels. In 2019, Mexican prosecutors revealed that in Michoacán, the Jalisco New Generation Cartel (CJNG,) was battling it out with the Tepalcatepec Cartel, the Zicuirán Cartel and a local gang, the New Michoacan Family. CJNG is one of the world’s most powerful and dangerous criminal organizations, and has garnered sanctions from the U.S. for its actions which include everything from drug trafficking to murder and even attacks on Mexican military installations. Reports from 2019 say that every day at least 48 tons, or four trucks, of the lucrative fruit were captured by cartels to be sold at a profit. They are also known to extort local farmers in Michoacán for a cut of their legitimate sales.”[6] Earlier this year, the U.S. temporarily suspended the import of avocados when a USDA inspector received a threatening voicemail.

Despite immigration challenges at the border, trade with Mexico is important for the both the U.S. and Mexican economies. We wouldn’t have a decent Cinco de Mayo celebration without it.